Slaven: ‘We should go into this as a confident member of the Premier League’ 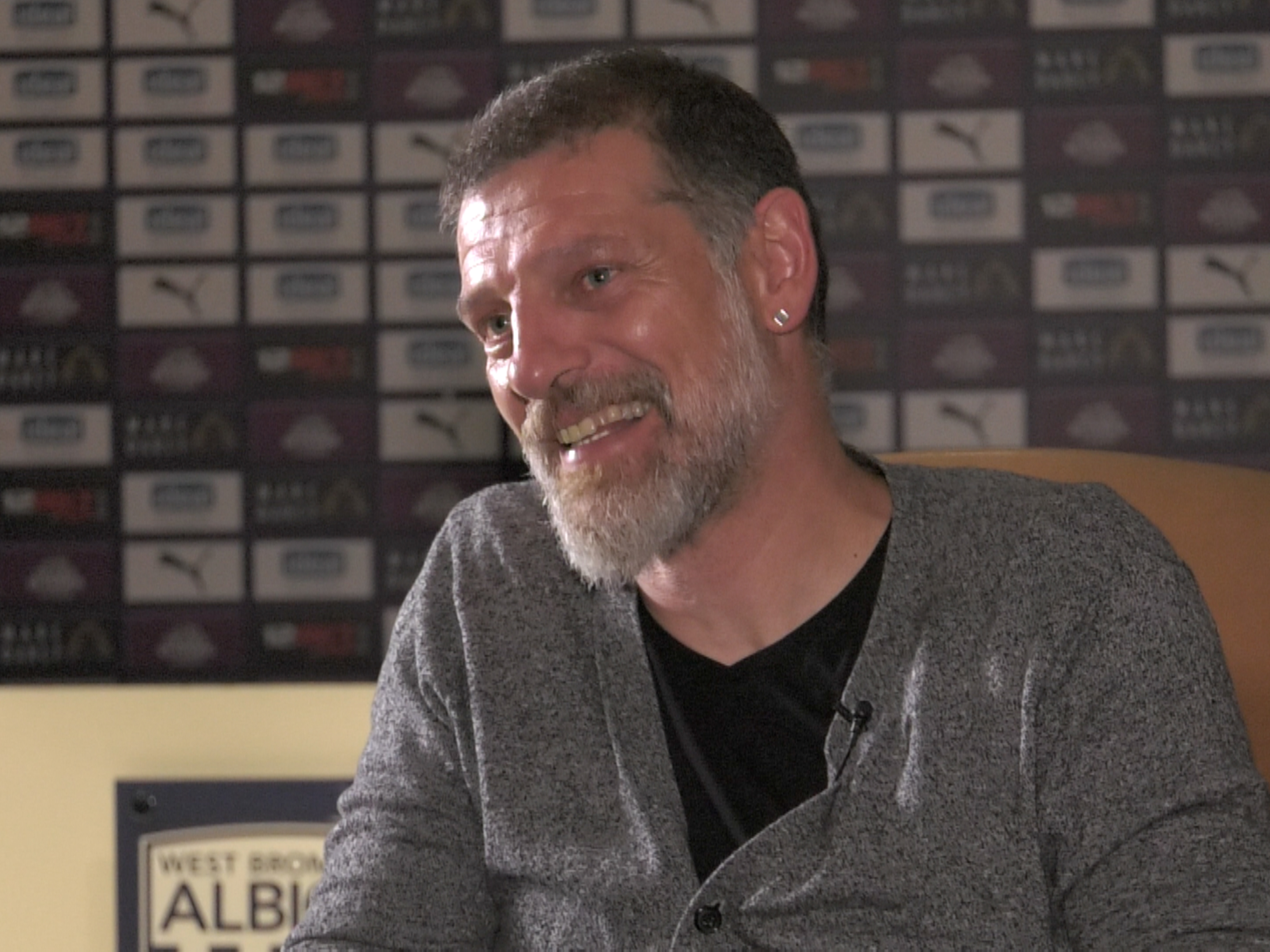 Albion Head Coach Slaven Bilic has been talking to WBA TV and looking ahead in the build-up to the new campaign.

Slaven has brought the curtain down on talking about last season and now insisted everyone focus on what is in store – 38 fixtures in the toughest league in the world, all coming at the Baggies at a breakneck speed owing to the Covid-enforced schedule changes.

Albion have been busy in the transfer market endeavouring to meet Slaven’s first target to hold together the promotion-winning squad.

So far so good, he says, as key figures from last season’s promotion winning squad have been locked in on permanent contracts while he still hopes fans’ favourite Filip Krovinovic can be added if at all possible.

He also discusses adding additional quality while offering a welcome to new faces in Cedric Kipre and David Button.

You can watch the full interview for free here, or read Slaven’s latest thoughts below as the countdown to Sunday’s opener against Leicester City at The Hawthorns continues.

“We should stop talking about last season and the job that we did because the new job is now in front of us. We got promoted and we had the chance to celebrate, whether enough or not enough, but now we have to focus.

“There are question marks of course because we are changing the level of league and of course we know we have to improve our squad. But I spoke, even after the QPR game, and said that the guys would be the core of the team for this coming season.

“But of course we need to improve our levels. We are trying to be active. We’re working hard. The priority was to try to keep the guys from last season not out of a debt but because they did a good job and we all felt they could step up. So we wanted to try to keep together the team from last season and then add three or four players not to improve the quantity but the quality.

“We have done everything but Filip so far. And of course we will try and get a few more players.’

“We talk about needing a striker that will give us something we don’t have from our other players, good players, in that position. We’re not hiding it. It’s very difficult even when you have the money but in our situation we don’t have the kind of support that would make it easier to find these players.

“David Button is very experienced and adds to the competition among the goalkeepers and Cedric (Kipre) is a young centre back, very physical, very strong and a good option for us to strengthen the squad because of Wigan’s situation off the pitch. So far he looks really good in training.

“We’re trying to be as creative as we can be to bring up the quality in our team and also there is a possibility some players may leave either on loan or permanently.”

“This is a massive game – starting well is so important. We’re playing against a team that was basically a top four side last season only to just drop a little and miss the Champions League.

“They play good football and are a good team I respect very highly. In the space of five years, which is nothing in football, they have advanced from being a club who people would talk about as fighting to stay up . . . nobody talks about that any more. That shows how well they have invested and how much money they have invested. You need to have money to strengthen in that way and they have done it brilliantly.”