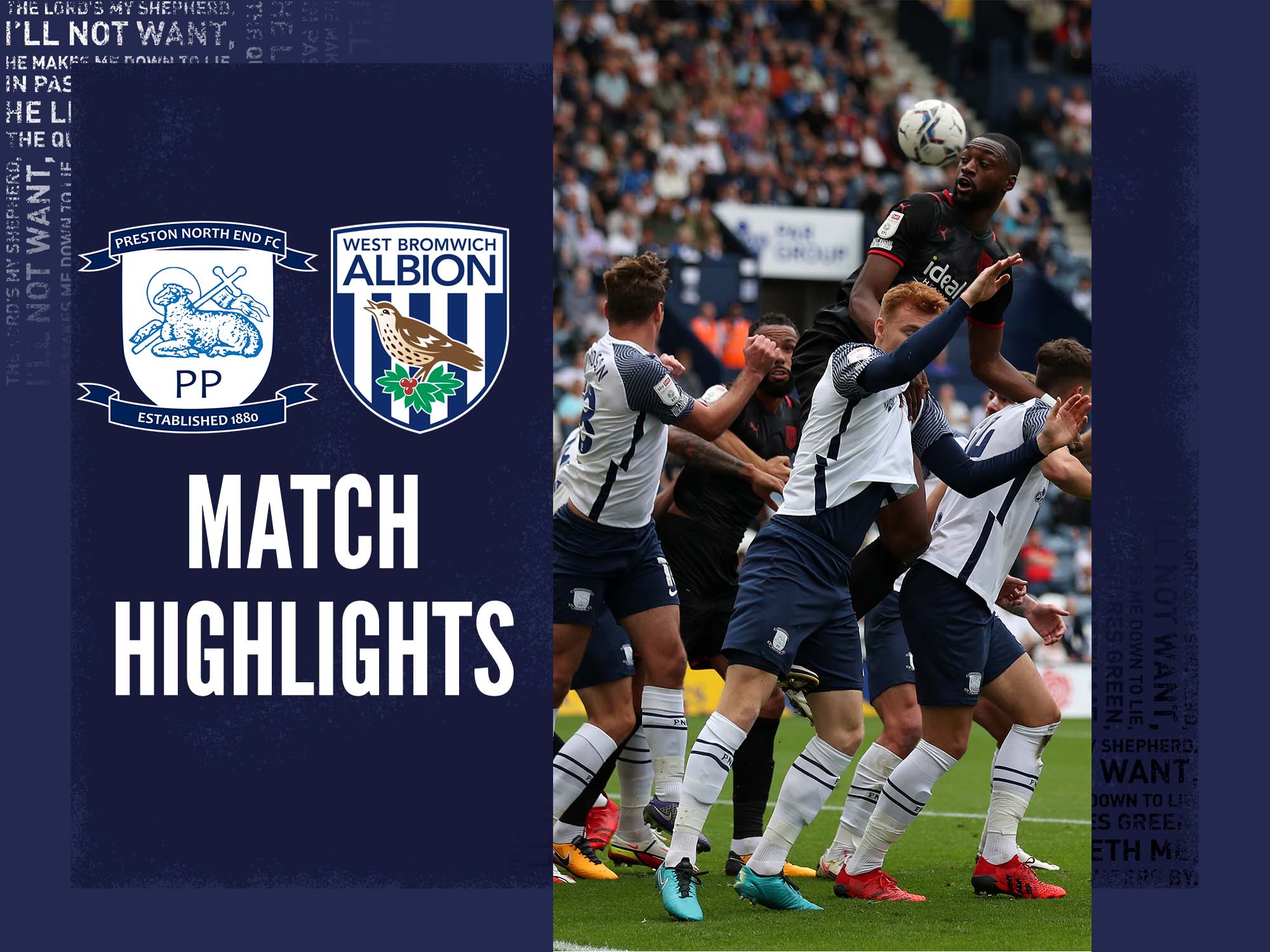 Watch free-to-view highlights of the Baggies' clash with Preston on Saturday.

Albion continued their unbeaten start to the season in the Sky Bet Championship with a 1-1 draw against Preston at Deepdale.

The Baggies went behind in the first half an hour after a deflected Ben Whiteman strike found it’s way into the corner of the net.

The result means the Baggies have won four and drawn four of their eight opening league games.

The Albion boss made two changes from Tuesday night’s stalemate against Derby County, as he switched up two of his frontline, with Karlan Grant and Callum Robinson making way for Phillips and Jordan Hugill, who was making his first start for the club.

The first opportunity of the game fell to Preston's Patrick Bauer, who headed wide from a corner.

Moments later, Grady Diangana had the ball in the back of the net, after gaining possession from blocking Iversen’s clearance, but the ref judged him to have handled the ball.

Again, Diangana was back amongst the action, striking wide from inside the box. A brilliant Furlong corner followed, which Livermore hooked goalwards but his volley was headed over.

But Preston took the lead just before the half-hour mark. Whiteman unleashed a strike from the edge of the box, which took a big deflection to wrong-foot Sam Johnstone in the Albion net and find the corner.

The Baggies came inches away from an equaliser when Reach's pulled-back cross from out wide found Phillips who connected brilliantly, but his powerful volley went just wide of the post.

After missing a handful of chances, Ismaël’s men would find a leveller just before the break. A Furlong throw-in caused chaos in the Preston box and Phillips was able to head home at the backpost.

In the second half the Baggies came out firing. After a speedy break, Phillips curled a brilliant effort narrowly over and onto the roof of the net.

Albion came again. Iversen was forced to turn a Diangana cross behind as it arrowed goalwards.

Then, the hosts made it difficult for Ismaël's men to keep their rhythm. The boss introduced Grant and Robinson to try and find a winner.

Yet it was the hosts who nearly gained the advantage, but Johnstone made a great low diving save to deny Ryan Ledson, who volleyed from inside the box.

Before the final whistle, Albion created a huge chance, when Hugill went through on goal. However, the Baggies frontman was thwarted by Iversen in the Preston net meaning it would end level at Deepdale.