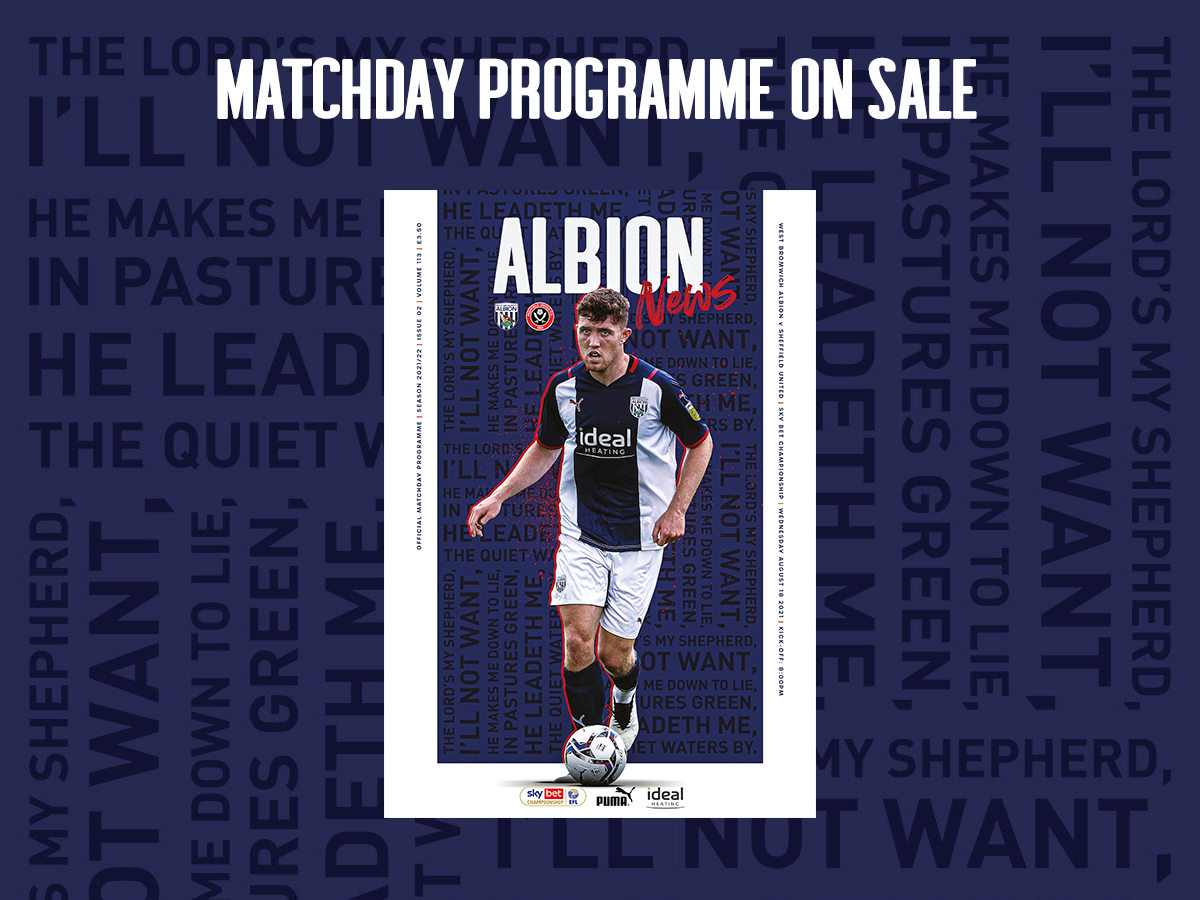 Dara O’Shea is backing The Hawthorns to be “electric” once again in the latest edition of Albion News as the Baggies welcome Sheffield United on Wednesday night.

The Irish defender has taken every opportunity in his stride since earning his first-team berth during the 2019/20 promotion-winning campaign; establishing himself in the Republic of Ireland national side, playing in the Premier League and nailing down a first-team spot at The Hawthorns.

Albion’s 22-year-old centre-back talks in-depth about the free-flowing system he and his teammates are hoping to implement under Valérien Ismaël and is backing the Baggies' quality to show this season, with the promotion places very much in sight.

Gaffer Ismaël provides a powerful second instalment of his manager's column, as he reveals the "pride" he felt before a ball was kicked when his Albion side's stance on taking the knee was met by rapturous applause from the Hawthorns faithful.

Jake Livermore is urging the Baggies to produce a full-blooded performance against a fellow promotion contender on Wednesday night, and is pushing his teammates to make B71 into a "fortress" this season in his captain's notes.

Our latest Academy feature sees young midfielder Aurio Teixeira speak about his development through the club's ranks and his successful campaign in Albion's Under-18s side last term.

The 18-year-old played a vital role in the middle of the park as Albion's youngsters reached the semi-finals of the FA Youth Cup and ahead of his first full campaign with the 23s, Aurio believes an exciting year lies ahead for the club's youngsters.

Programmes will be available at more than 20 stalls in and around The Hawthorns on Saturday, and they can also be purchased from the Stadium Megastore, which is located outside the East Stand. But copies sold outside the ground can be bought via other alternative methods of payment.

Similarly, you can have each edition of the 2021/22 season delivered to your door for matchday by purchasing a year’s subscription here.