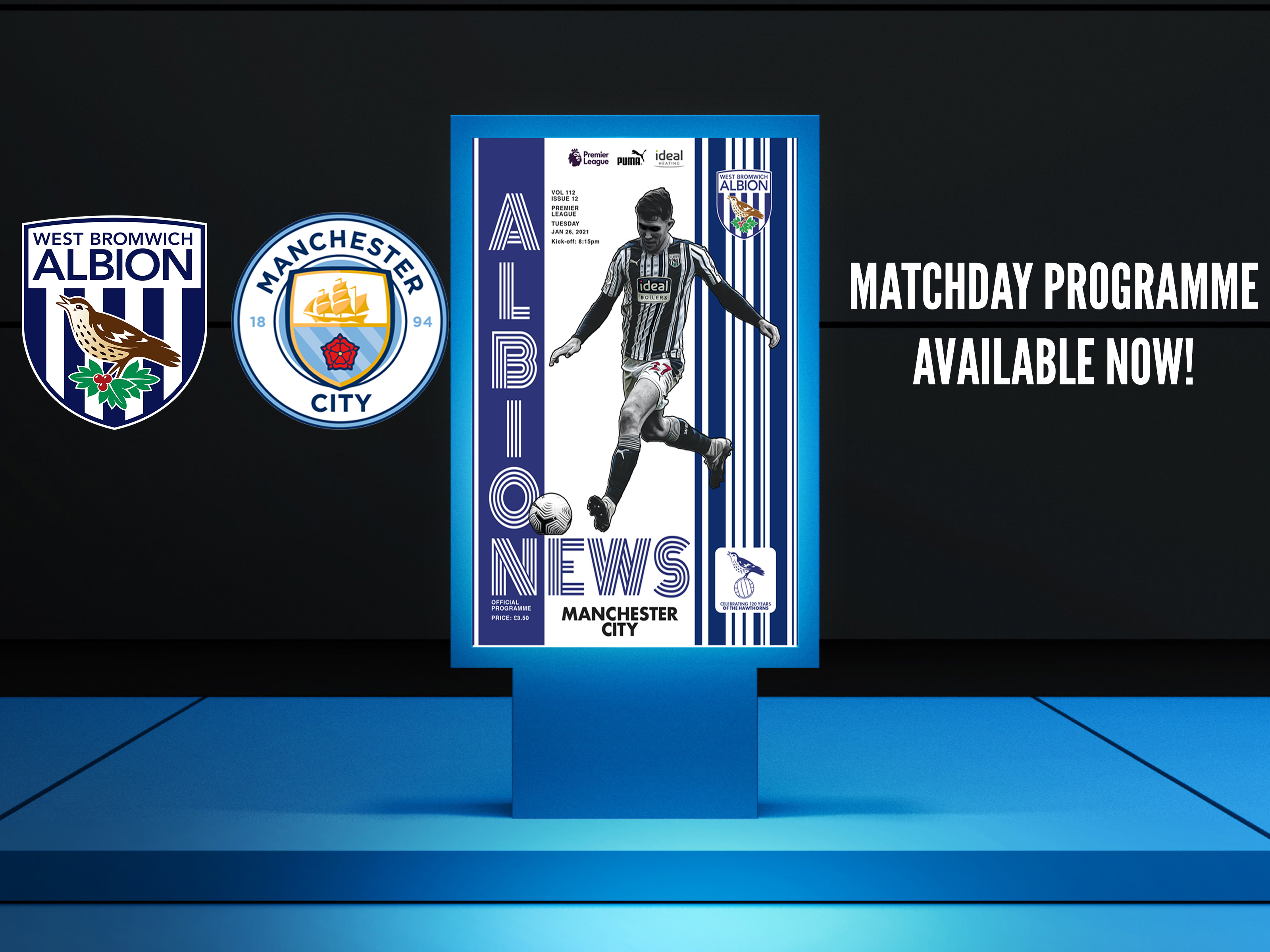 Dara O’Shea headlines the cover of an action-packed Albion News ahead of Tuesday’s clash with Man City.

The Academy graduate echoes the message from gaffer Sam Allardyce about the need to remain “resolute” at the back, as Albion seek important points in their push for Premier League safety.

Also inside Tuesday's matchday programme supporters can hear from midfielder Romaine Sawyers and defender Darnell Furlong, while youngster Fin Thorndike features in an in-depth interview discussing his hopes to be the next Academy player to make an impression in the senior side.

Jake Livermore returns with the captain’s notes, along with the gaffer’s pre-match thoughts, and we have all the usual features, including a historic and memorable throwback to this fixture in 1957:

Our second instalment of the new year. It's a busy one. Get your copy here!