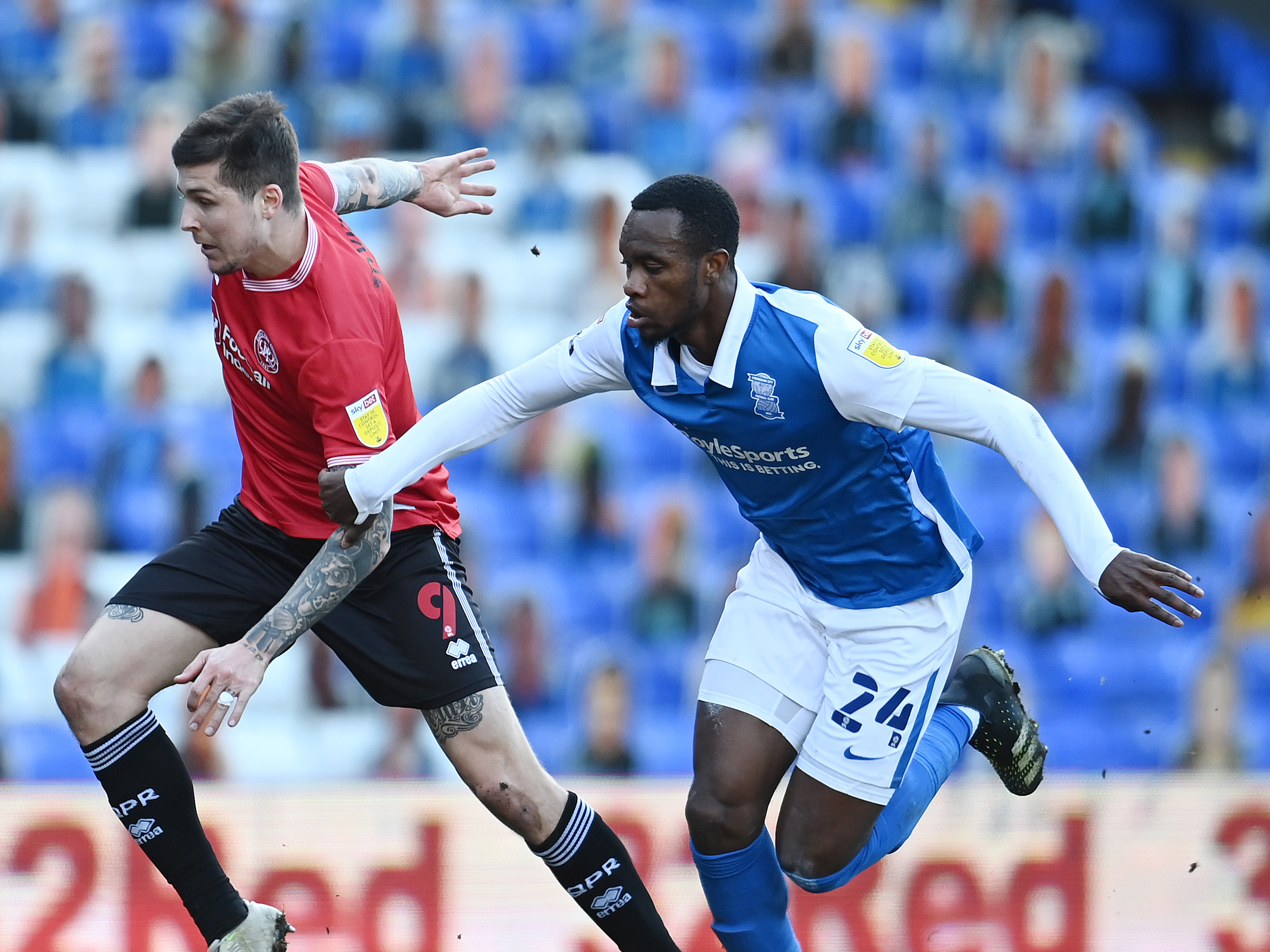 Rekeem Harper helped Birmingham City to a huge three points on Saturday as they moved further away from the Sky Bet Championship relegation trap door.

The young midfielder completed the full 90 minutes as Blues came from behind to win 2-1 at St. Andrew’s against a QPR side which featured Charlie Austin and Sam Field.

Austin gave the visitors the lead in the first half, but late goals from Kristian Pedersen and Alen Halilovic secured a crucial victory for Harper’s team.

In Sky Bet League One, goalkeeper Alex Palmer was on the wrong side of a seven-goal thriller for Lincoln City at former club Plymouth Argyle.

Palmer, who spent the 2019/20 campaign with Argyle, completed the whole game for the Imps who looked set to take a point back to Sincil Bank, only for Joe Edwards to slot home an injury-time winner for the hosts and end Lincoln’s five-match unbeaten league run.

Saturday’s 4-3 defeat down south leaves Palmer’s side second in League One, four points off leaders Peterborough and one point ahead of Hull in third.

Elsewhere, Josh Griffiths and Finn Azaz both completed 90 minutes for Cheltenham Town who recorded an impressive 2-0 away win at Scunthorpe United in Sky Bet League Two.

It was Town’s second away win this week having earned three points at Cambridge United on Tuesday evening, ensuring they stayed inside the automatic promotion places.

Saturday’s shutout at Scunthorpe was Griffiths’ 14th clean sheet in 29 league games for the Robins – the most by any goalkeeper in the division.

Finally, defender Cedric Kipre was an unused sub for Belgian side Charleroi who suffered a 2-1 home defeat to Genk on Friday night.