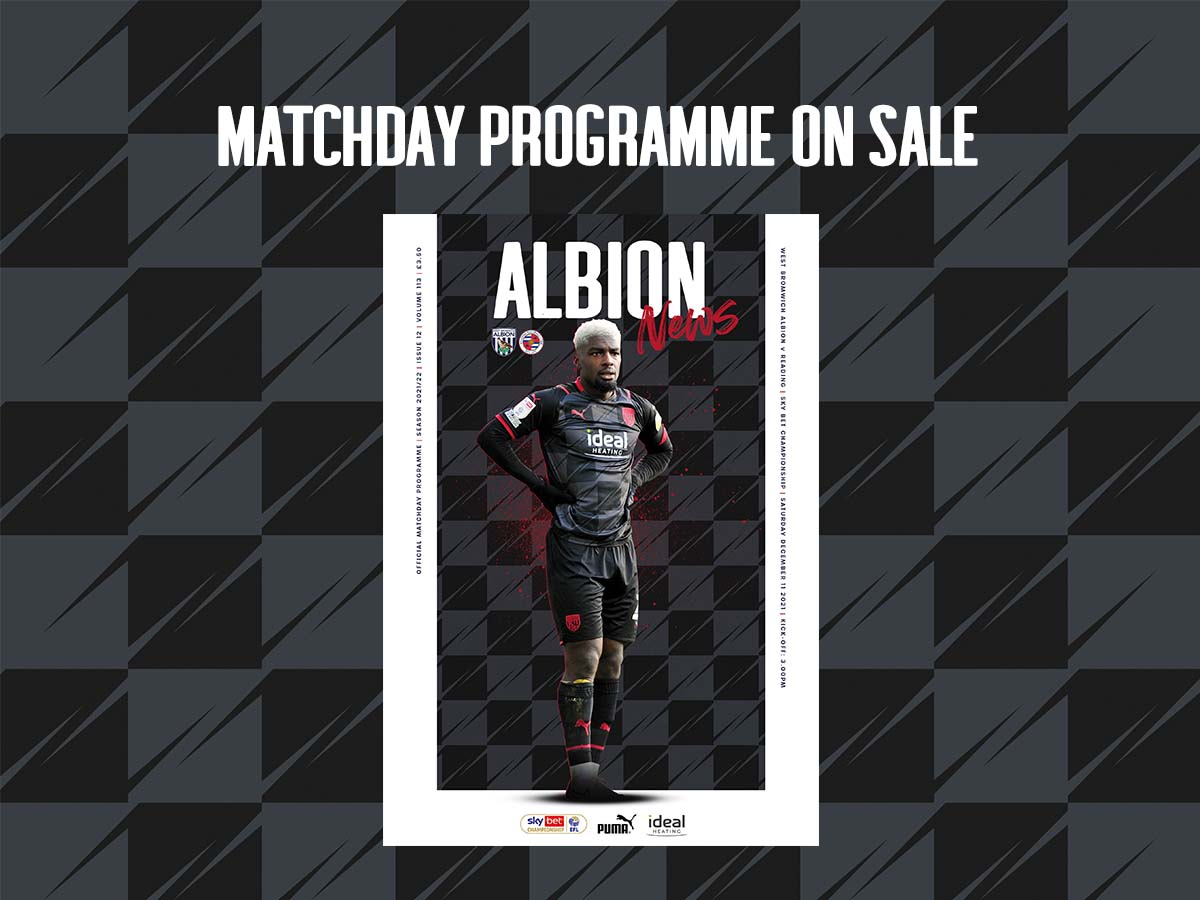 Cedric Kipre is the latest player to star as the feature interview in Saturday’s latest edition of Albion News.

The central-defender went through a mixed period during his first season at the club, making only a handful of appearances during the 2020/21 term before spending the rest of the campaign on loan at Belgian Pro League side R.Charleroi S.C.

But under Valérien Ismaël, Cedric has enjoyed a run in the Baggies starting XI in recent weeks, starting the last six Sky Bet Championship matches and producing a standout display in the recent victory over Coventry City.

And the 24-year-old reveals “patience” has been the key to his performances of late, showing assurance when carrying and passing the ball forwards as well as sticking to his defensive responsibilities.

Skipper Jake Livermore has a message for supporters ahead of this weekend’s clash with the Royals, as he hopes to return to the side following the end of his recent suspension. While the boss hopes Albion’s recent win will boost confidence and “composure” in his forward players, and he’s hoping they continue taking their chances over the coming festive period.

Youngster Tom Fellows made his first-team debut against Premier League side Arsenal at the beginning the season, and the attacker sat down to reveal his footballing journey at the club and the key influence his parents have played in his career at The Hawthorns.

Programmes will be available at several stalls in and around The Hawthorns on Friday night, and they can also be purchased from the Stadium Megastore - which is located outside the East Stand.