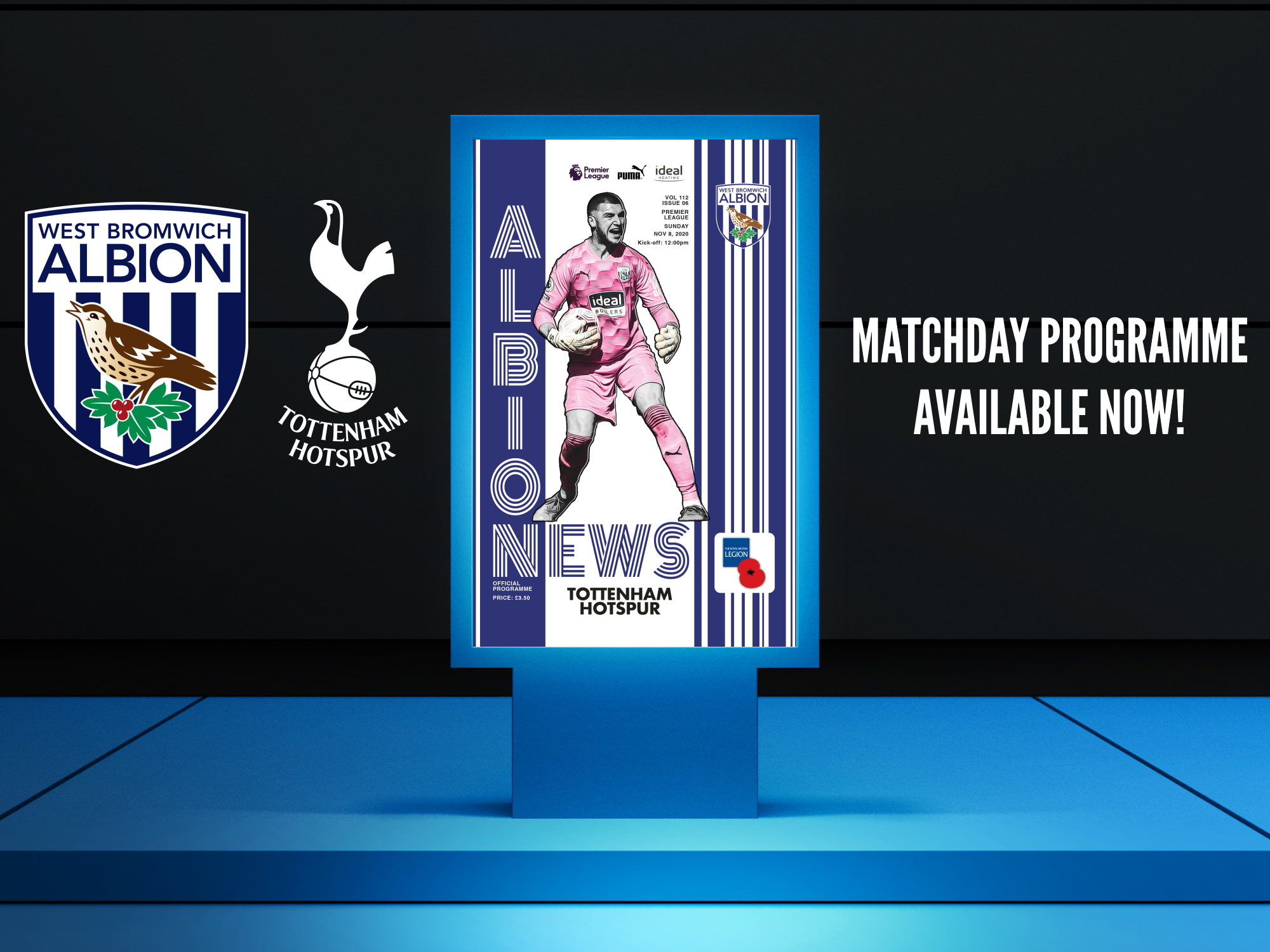 Sam Johnstone revels in pride at becoming the most recent addition to the centurion list as he headlines the latest Albion News for Sunday’s clash with Tottenham.

Albion’s No.1 discusses stepping into the spot held by predecessor Ben Foster, his most decisive saves between the sticks and after departing fellow Premier League side Manchester United in search of first-team football, Sam describes the honour of reaching his Baggies century in the top flight.

The 27-year-old also chats about the secret behind his success, with yoga and one-on-one coaching away from training featuring as key themes in the keeper’s preparation.

Our focus on the first team doesn't end there as Darnell Furlong features alongside Sam to talk about the shift in ambition at the Baggies compared with his first taste of the Premier League - which was at the age of just 19 for QPR.

Here’s a full list of what Sunday's edition entails:

Secure your programme for the Spurs game here.