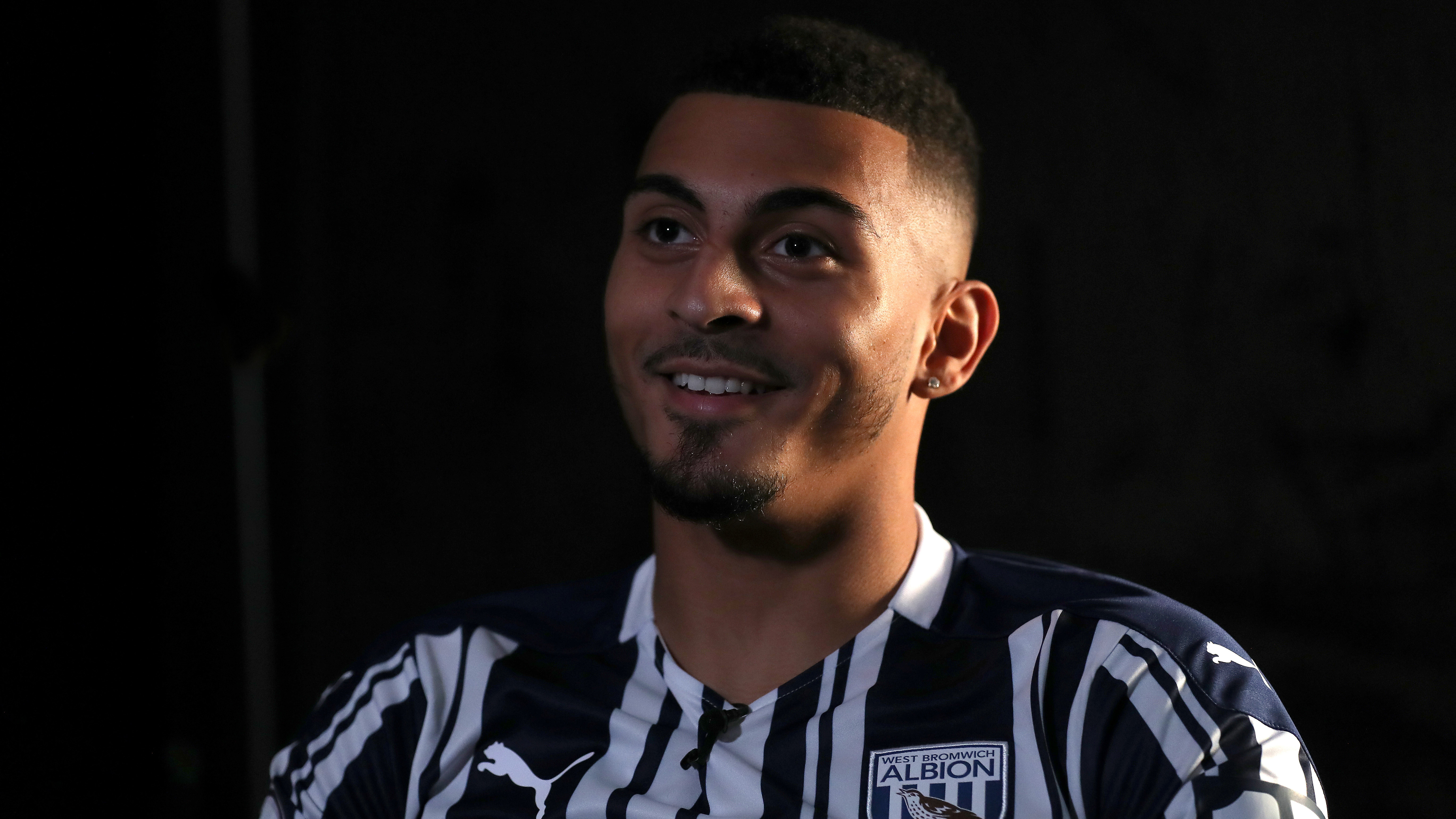 Karlan Grant says he is “100% confident” he can score goals for Albion in the Premier League.

The 23-year-old forward, who has been a long-term target for Baggies boss Slaven Bilic, has joined the club on a six-year deal from Huddersfield Town.

Karlan has a scoring record of close to one goal every two games in which he has started and bagged 19 in the Sky Bet Championship for the Terriers last season – the fourth highest in the division.

And Grant is eager to take the challenge of finding the net for Albion at the highest level of English football on his shoulders, insisting he “likes the pressure”.

“I’m 100% confident I can score goals in the Premier League,” said Karlan.

“I’m a striker and I like to score goals. I’ve scored goals for the last few years and I want to carry on doing that.

“I’ve got the opportunity to play a full season now in the Premier League.

“I knew it was time to move on in the summer and I always knew I wanted to come here.

“I can’t wait for the challenge. It’s pressure, of course it is. But I like pressure. I want to do well for the team.

“I want to score as many goals as I can as a player and help the team stay in the Premier League. It’s as simple as that.”

The Baggies first registered their interest in the former Charlton forward back in January but have had to wait until now to capture their man.

Grant, who already knows a number of the players at Albion, is delighted to see the deal cross the finishing line and says he’s excited to get his teeth into life at The Hawthorns.

“It’s been long overdue. I’m delighted to finally get the deal done and I can’t wait to get started.

“I first heard about the club’s interest in me back in January. I knew about it from then and the club came back in for me this summer. It’s been a long wait but I’m finally here now.

“It’s nice to know you are wanted. That was a big reason why I wanted to come here.

“As soon as I heard there was interest and I knew how much the club wanted me, this was the only place I wanted to come.

“The gaffer was another big reason for me wanting to come here. He’s shown faith in me and spoken about my ability and how I can help the team. I’m excited to work with him.

“He’s a nice guy. He’s honest and he’s told me where I will fit in and what my role will be.

“I know plenty of the lads. There’s quite a list.

“I know Grady (Diangana). I grew up with Grady when we were young. We are from the same area.

“I know Semi (Ajayi). Semi was with me when I was at Charlton. Romaine (Sawyers) too. And Robbo (Callum Robinson). Robbo is a funny guy.

“I also played with Darnell (Furlong) at Cambridge a few years ago.

“Romaine has been texting me a lot over the summer. He was the one who got the deal done pretty much. We’ve been talking a lot. He’s been telling me good things about the club and the boys.”