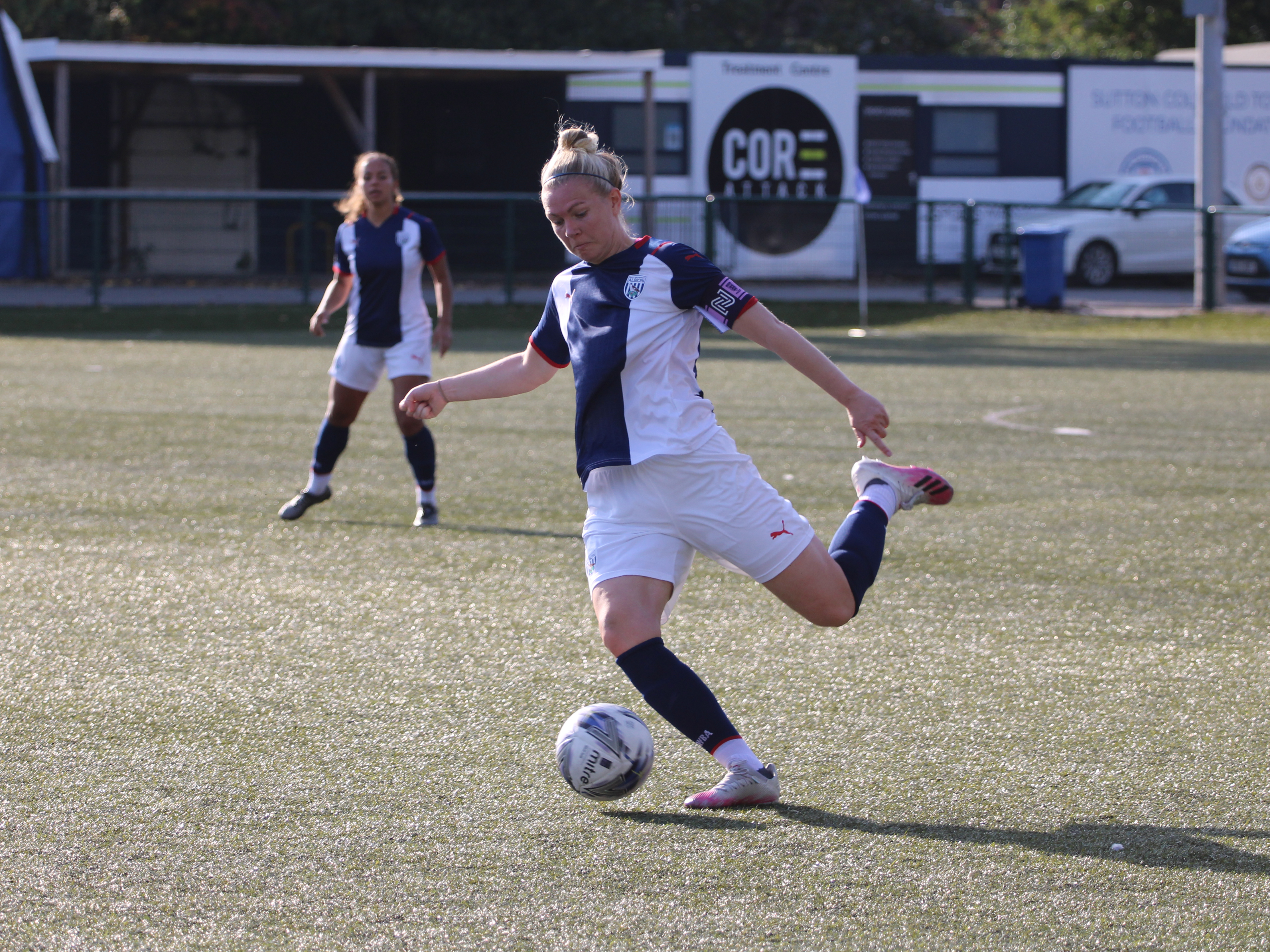 Hannah George has become the latest Albion Women player to make 100 appearances for the club.

The Baggies skipper reached the historic landmark during her side’s 4-2 win against Hull City earlier this month.

Worcester-born Hannah joined Albion in February 2018 from Aston Villa – going on to captain the team to a fantastic league and cup double as they lifted the Midlands Division One title and the FA National Plate.

A century up for the skipper. 💙@HGeorge95 makes her 100th Albion appearance this afternoon. 👏#WBA pic.twitter.com/YCMod9xBjL

“Making my 100th appearance for the club is a great achievement in itself, but to have been captain for the majority of them is really special to me,” she said.

“From my first game to my most recent, we’ve gone through some highs and lows, and I’ve always believed that we are heading in the right direction.

George is the second player to reach a century for Albion Women this season.

Midfielder, Trina Greaves played her 100th game in October 2021 in a 0-0 draw away at Derby County.

A great moment for @8Greaves yesterday, who received a shirt signed by the whole squad following her 100th appearance earlier this season. 💙#WBA pic.twitter.com/tafQBis6gF

She was recognised for her achievement with a signed shirt, presented by Jude Thompson, Chairman for West Bromwich Albion Women, before the team’s historic game at The Hawthorns where 1,871 fans were in attendance.

Both will be in action at WBA Women’s next home game on Sunday 10th April at Sutton Coldfield Town Football Club, Coles Lane, in the FA Women’s National League. Adult tickets can be brought for £5 and U18s can attend for just £1. Secure your tickets online or on the gate on the day.