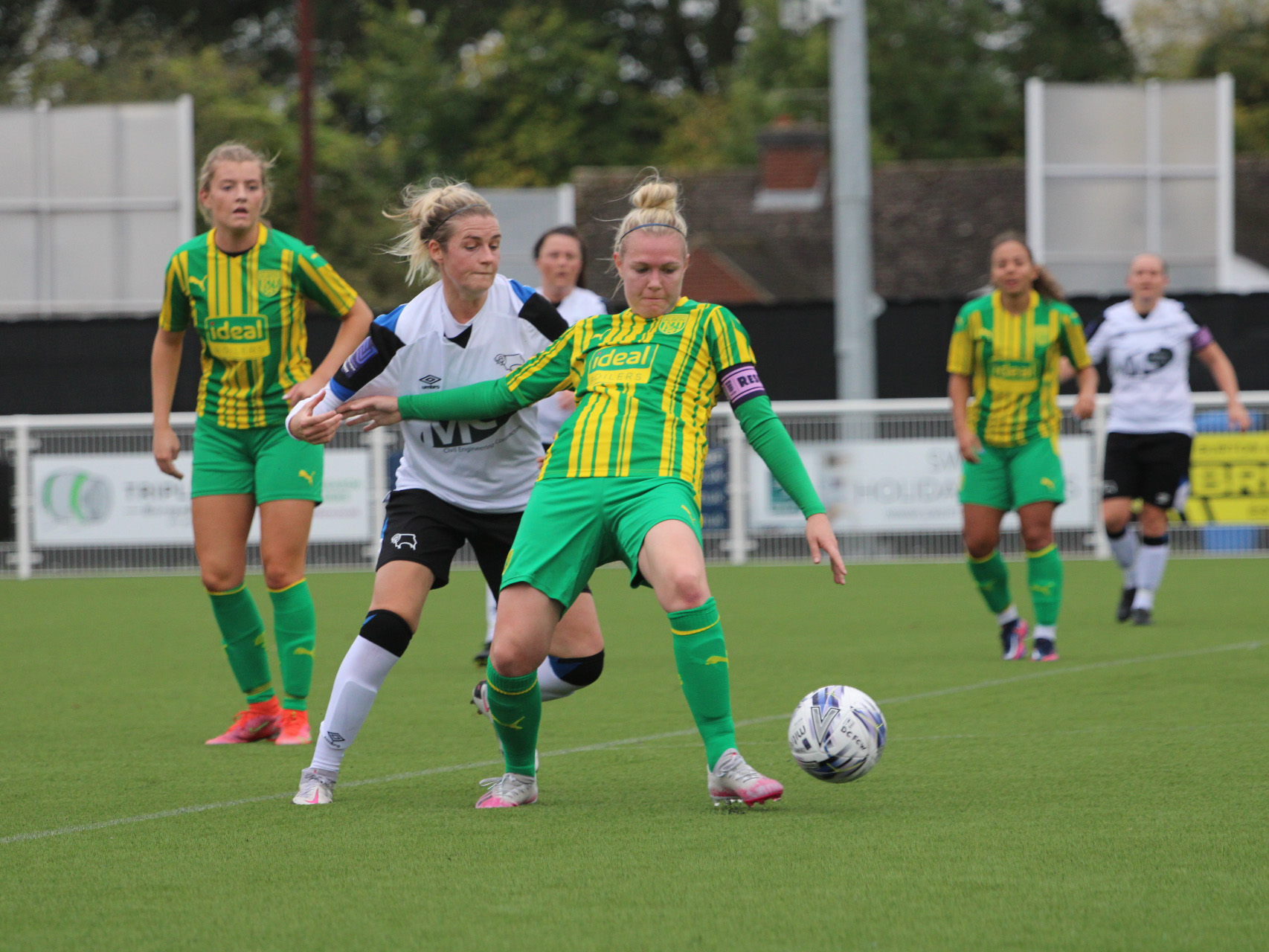 The Baggies came into the game off the back of a frustrating 0-0 draw against Hull City, and their sights were firmly set on a trip to the in-form Rams – where Jenny Sugarman’s team selection handed Trina Greaves her 100th Albion appearance.

The first major opportunity of the match was created by Albion. A mix up on the edge of the area saw some fantastic footwork from Evie Gallop keep the ball alive, but her looping shot went just over the crossbar.

Moments later Albion were piling on the pressure again. A great through ball found its way to Greaves, and she forced a strong save from the Derby goalkeeper.

The Rams’ first chance of the game brought Bastock into action, the No.1 producing a phenomenal stop at her front post following Derby’s quick counter-attack. Shannon Stamps and Gallop then went close for Albion with efforts on goal towards the end of the first half.

Into the second period the Baggies keeper was at her best once more, diving to her left to claim a long-range strike.

Bastock had to be alert again soon after, tipping onto the bar before both posts denied the hosts and a last-ditch clearance from Hannah George left the home side wondering how it was still goalless.

Davies’ brilliant tackle prevented Derby having another scoring opportunity and Bastock made an outstanding save at point black range to deny what looked like a certain goal - a resilient defensive performance all-round earning the Baggies a point on the road for the second week in a row.

“It was a really good point for us,” said assistant manager Liam Wall.

“I thought we defended fantastically as a group. Derby is always a tough place to come, but right from the first whistle Poppy in goal was superb and our back three were incredible. We had a really good defensive structure, right the way through the team we were excellent.”

Next up for Albion Women is a trip to Burnley on Sunday.