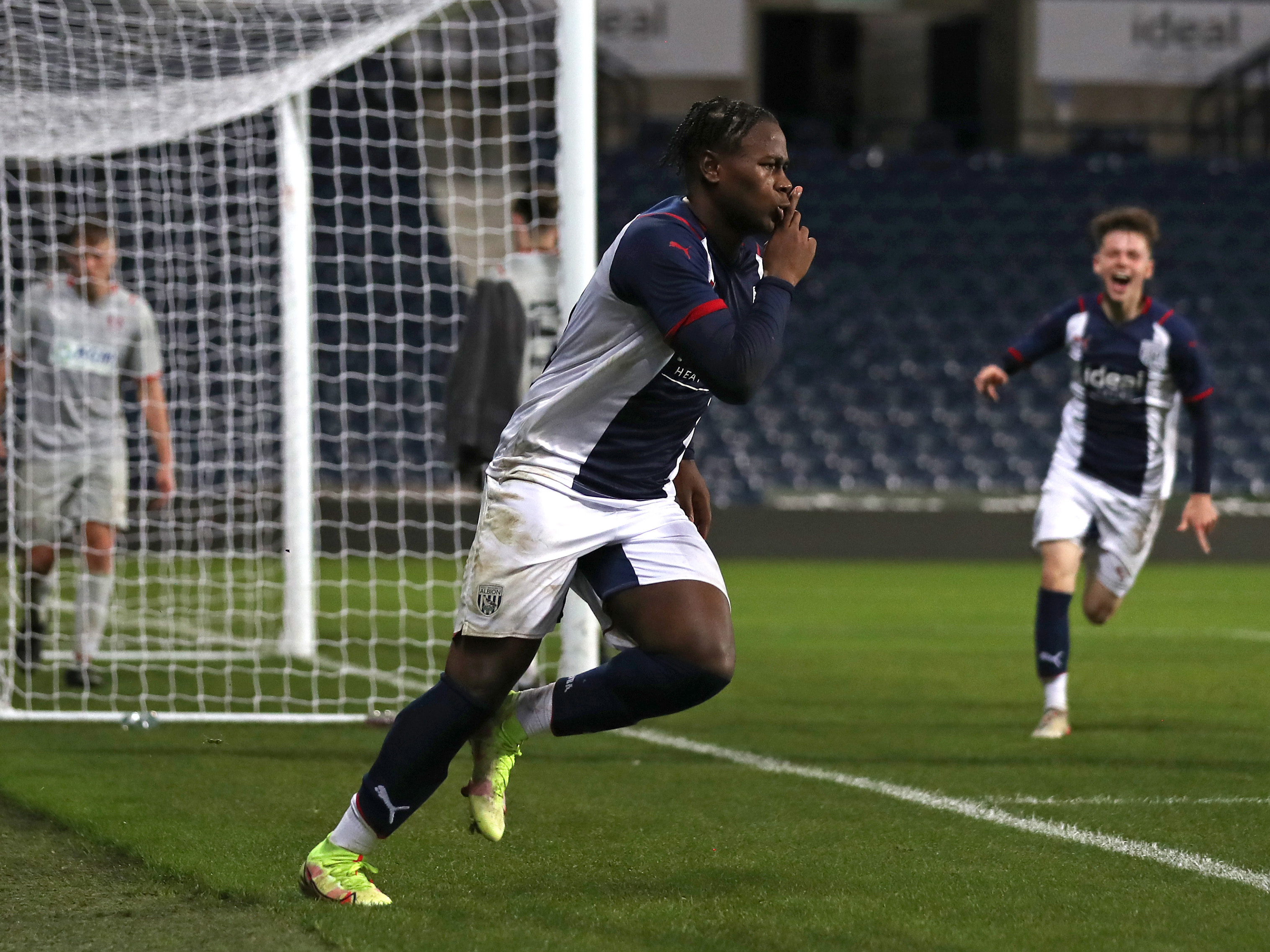 Reyes Cleary’s stoppage-time strike helped Albion’s Under-18s see off Rotherham United and book a place in the fourth round of the FA Youth Cup on Tuesday evening.

Despite going 2-0 down after 20 minutes, the Baggies frontman provided inspiration before the interval with a sublime free-kick to reduce the deficit.

And after substitute Rico Richards’ deflected effort had levelled the scores early into the second half, Cleary came alive in the dying embers to complete the comeback and ensure Peter Gilbert’s side progressed to the next stage of the cup.

It wasn’t the start the 18s boss or his players would have wanted, though, with the visitors pouncing on two inviting aerial balls - courtesy of Curtis Durose and Billy Carroll - to seize the initiative in the opening stages.

Albion pushed for a response and Fenton Heard’s vision nearly allowed Cleary to net a quick response. Sadly, his lobbed effort beat Millers keeper Alfie Burnett and the crossbar too.

However, there was nothing Burnett could do to prevent the clinical forward finding his way to goal just minutes before the half-time whistle, as he netted an unstoppable free-kick from 20 yards out to revitalise the hosts going in at the break.

Richards, who made his long awaited return from injury at the start of the half, didn't wait long to make his mark off the bench - ghosting behind the Rotherham defence before guiding a goal-bound effort in off a visiting defender to level the contest.

With the game at 2-2, Albion’s confidence showed and Cleary could’ve netted the winner sooner when he went through one-on-one with Burnett 10 minutes from time. Fortunately for the away side, their keeper was quick off his line to smother the attacker’s powerful close-range effort.

As extra-time beckoned, Gilbert’s men remained patient and their calmness was rewarded moments before the game's conclusion.

Cleary used his body well to spin tiring Rotherham defender Mason Booth and lash an effort in off the post, sparking wild celebrations at The Hawthorns as the young Baggies kept their FA Youth Cup journey going.