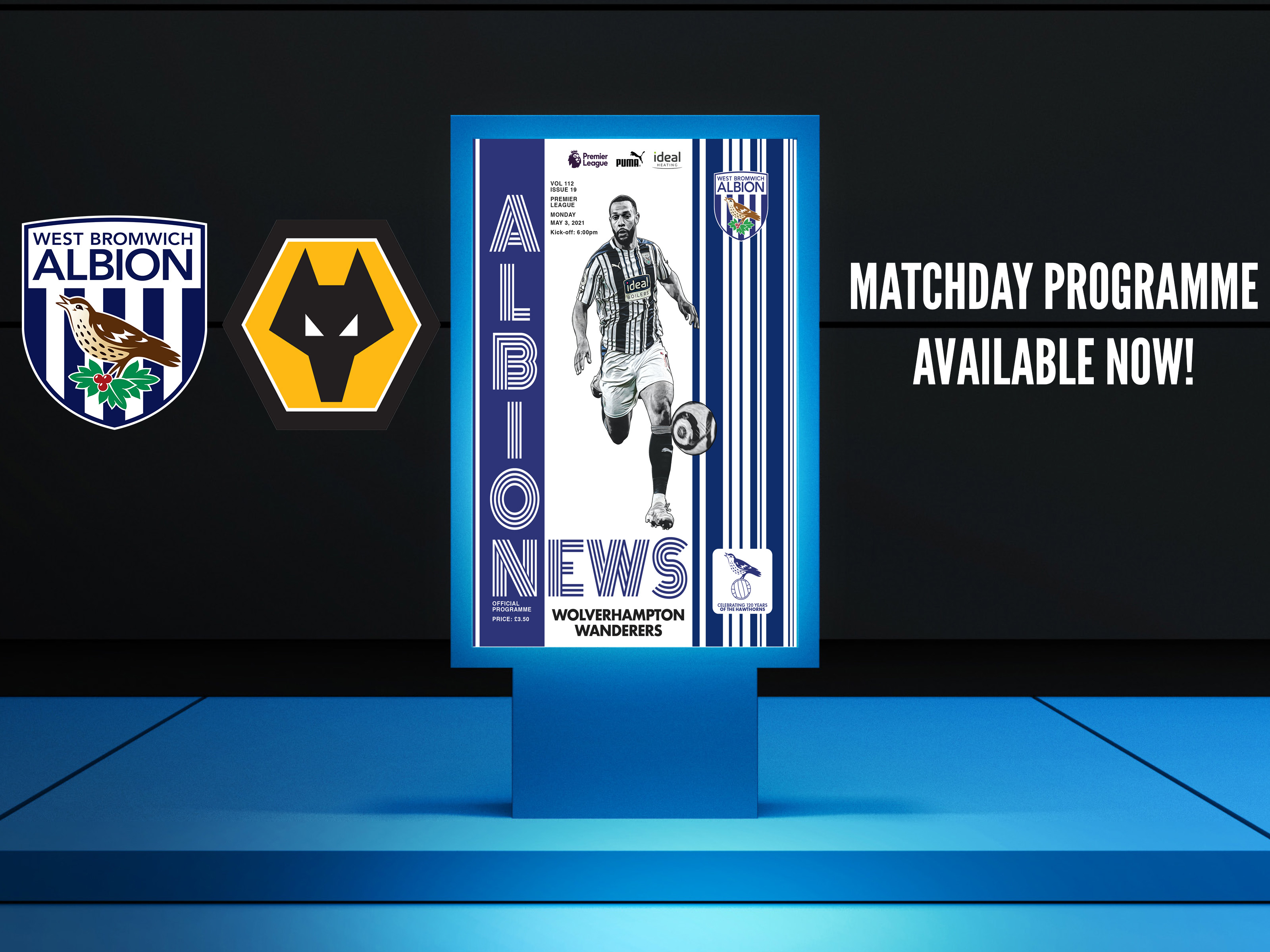 Catch an exclusive interview with Matheus Pereira in Monday’s edition of Albion News as the Baggies look to claim the bragging rights over Wolverhampton Wanders at The Hawthorns.

Sam Allardyce enjoyed an enjoyable outing for his second Premier League game in charge as Albion boss against Wolves back in January.

Two Matheus Pereira spot-kicks separated the sides at Molineux and as the Baggies look to do the double over their local rivals on Monday evening, we heard from the man who wrote himself into Albion history during the last derby encounter - Pereira himself!

An exclusive interview with the Brazilian playmaker reveals his thoughts on a goal-laden first Premier League campaign, those derby-day exploits at the start of 2021 and the resilient mentality Albion are playing with, as the midfielder pushes for a winning end to the campaign - starting against Wanderers.

Matt Phillips is the cover star, while the gaffer and skipper Jake Livermore provide their thoughts on back-to-back local derbies and the attitude required for the season run-in during their mainstay columns.

Our Academy success in the FA Youth Cup earlier in the week also features with a look back on the resurgent Under-18s side which came from behind to secure a quarter-final victory and book a highly-anticipated semi-final against Aston Villa.

Gaffer Peter Gilbert and match-winner Zac Ashworth provide the full lowdown on the mood in the camp, as belief continues to build with the young Baggies aiming to book a place in the FA Youth Cup final for the first time in just under 50 years.