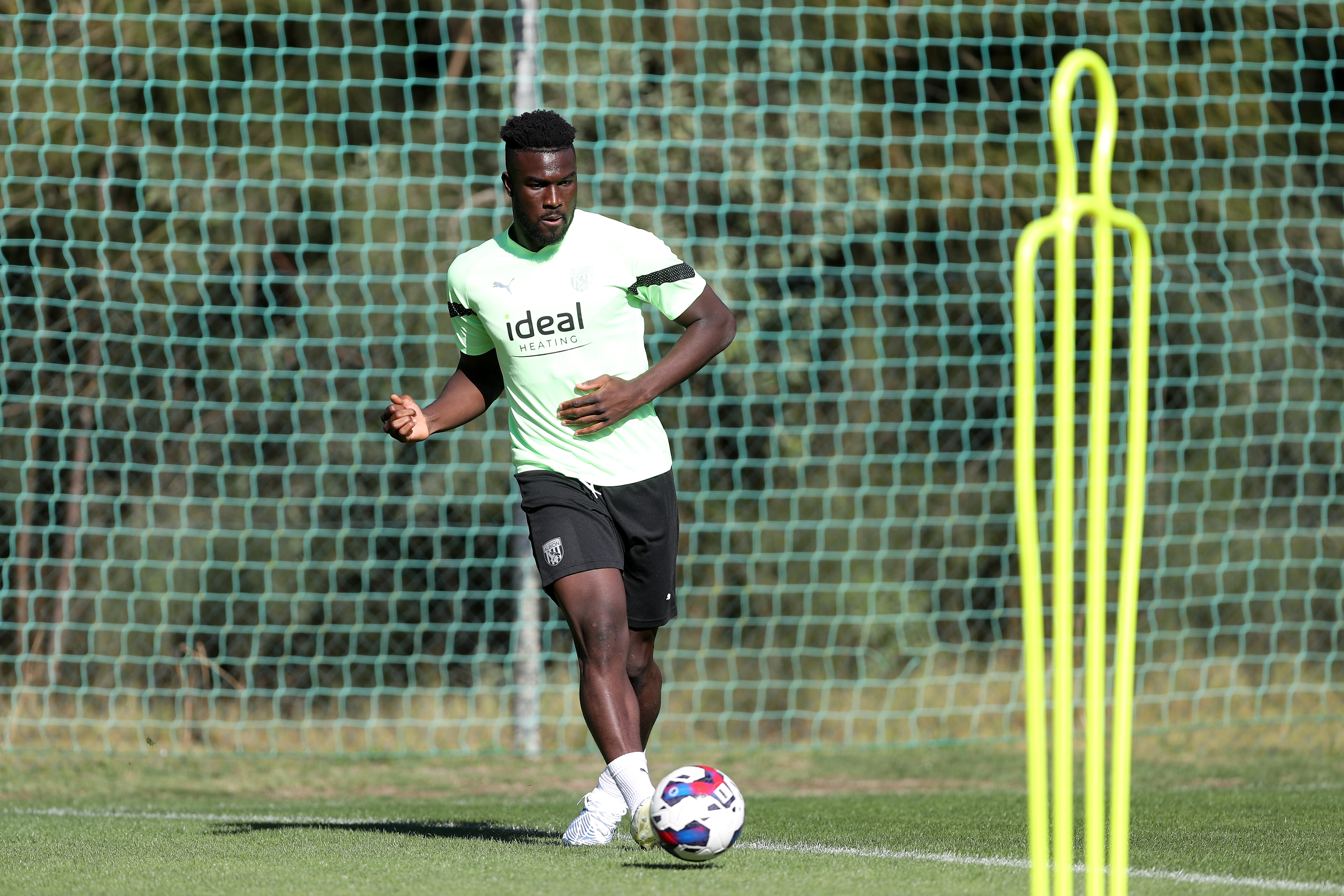 Albion striker Daryl Dike is determined to use his frustrations from the 2021/22 campaign to achieve success at The Hawthorns this year.

Dike made the permanent switch to B71 at the beginning of January last season, but ended up featuring just twice for the club after suffering a hamstring injury during his home debut against Peterborough United.

And after missing the remainder of his first campaign in navy-blue-and-white, the United States of America international says being forced to watch his teammates from the sidelines has only fuelled his desire to achieve success with the Baggies.

He said: "I think not playing football for a very long time is something that has fuelled my hunger, fuelled my desire.

"Mentally, I’m a competitor, I love to play all the time, I enjoy playing.

“To sit on the sidelines and watch every single game, itching to play, knowing that I’m so close to be able to play is one thing, and of course you always want to help them, help the squad, help the guys.

“Being able to see how hard they’re working and training, see what they’re doing on the pitch and stuff like that – I want to contribute, I want to help, I want to do something that you desire.

“So now being put in a position to do that is something that I’m so happy and thankful for.

"Last year didn’t really go as well as I'd planned, but I think now, being able to go out there, being able to train and do what I’ve been sitting there waiting to do for months is a great feeling.

"It’s something that I’ve been waiting for, so I’m very happy to be here in pre-season and then of course, going into the season, being able to share the pitch with all the guys is something I’ve been looking forward to."

Daryl has been with his first-team colleagues at Albion's pre-season camp in Portimão, as preparations ramp up ahead of the 2022/23 Sky Bet Championship campaign.

The camp has included regular double sessions for the squad, with the focus on building fitness ahead of their first friendly against Leyton Orient on Monday, July 4.

While Dike admits the early work has been gruelling, the 22-year-old says he's enjoying his first pre-season at the club, and is looking forward to showing what he can bring to the Albion attack.

"It’s good, it’s nice to actually have a full pre-season going into it and being here with the whole squad, it’s different," Dike continued.

"It’s different seeing people in the changing room and stuff like that, so being able to share the field with them a bit more and getting integrated with the new guys, it’s good to be here.

"The sessions are a little bit difficult, but that’s to be expected.

"I think it’s good for everybody, pushing ourselves during pre-season’s good because once it comes to the real thing everything’s going to start seeming easier, sessions are going to seem easier and I can imagine these sessions will start to feel easier as you keep going.

"But it’s been a little bit difficult, but it’s nice to have a view while you do it.

"For me, there’s many different things I can offer and I think the guys here in the training sessions and the two matches I was part of, they pushed me.

"They helped me bring out the best in myself and hopefully I do the same thing with them as well.

“Offensively, defensively, anything that I can do for the team, be that working, scoring goals, creating or holding up the ball, I’m just there to do it all."