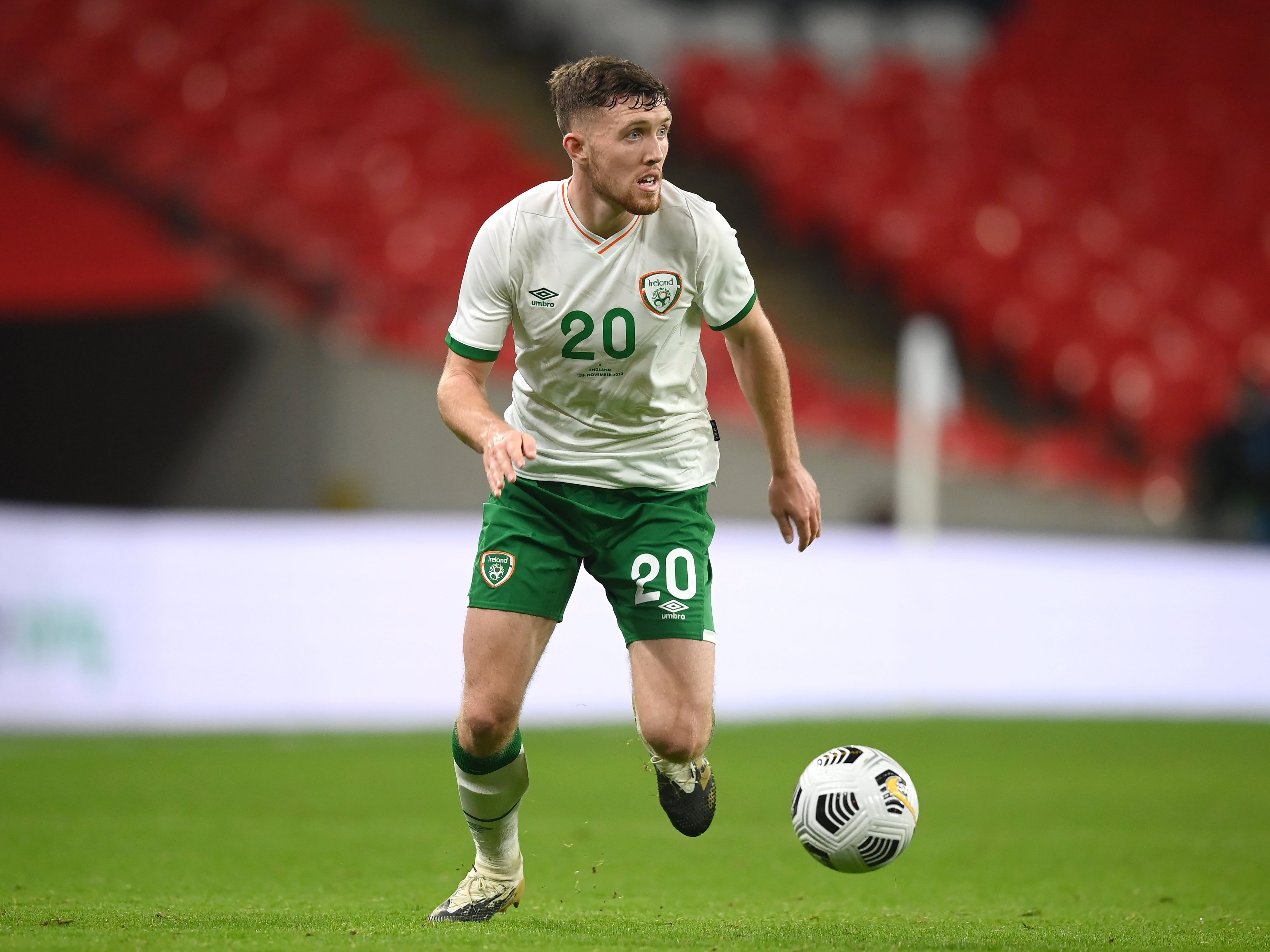 Dara O’Shea made his second senior appearance for the Republic of Ireland at Wembley Stadium on Thursday night.

The Albion defender made an early entrance having been left on the bench, replacing the injured John Egan just 14 minutes into their clash with England.

Dara completed the remainder of the international friendly, which the Three Lions won 3-0.

Harry Maguire headed home the opener before Jadon Sancho made it two before the break. Dominic Calvert-Lewin converted a second-half penalty to complete the scoring.

*Image courtesy of the FAI