Dara O’Shea: ‘It was great to be back out there’ 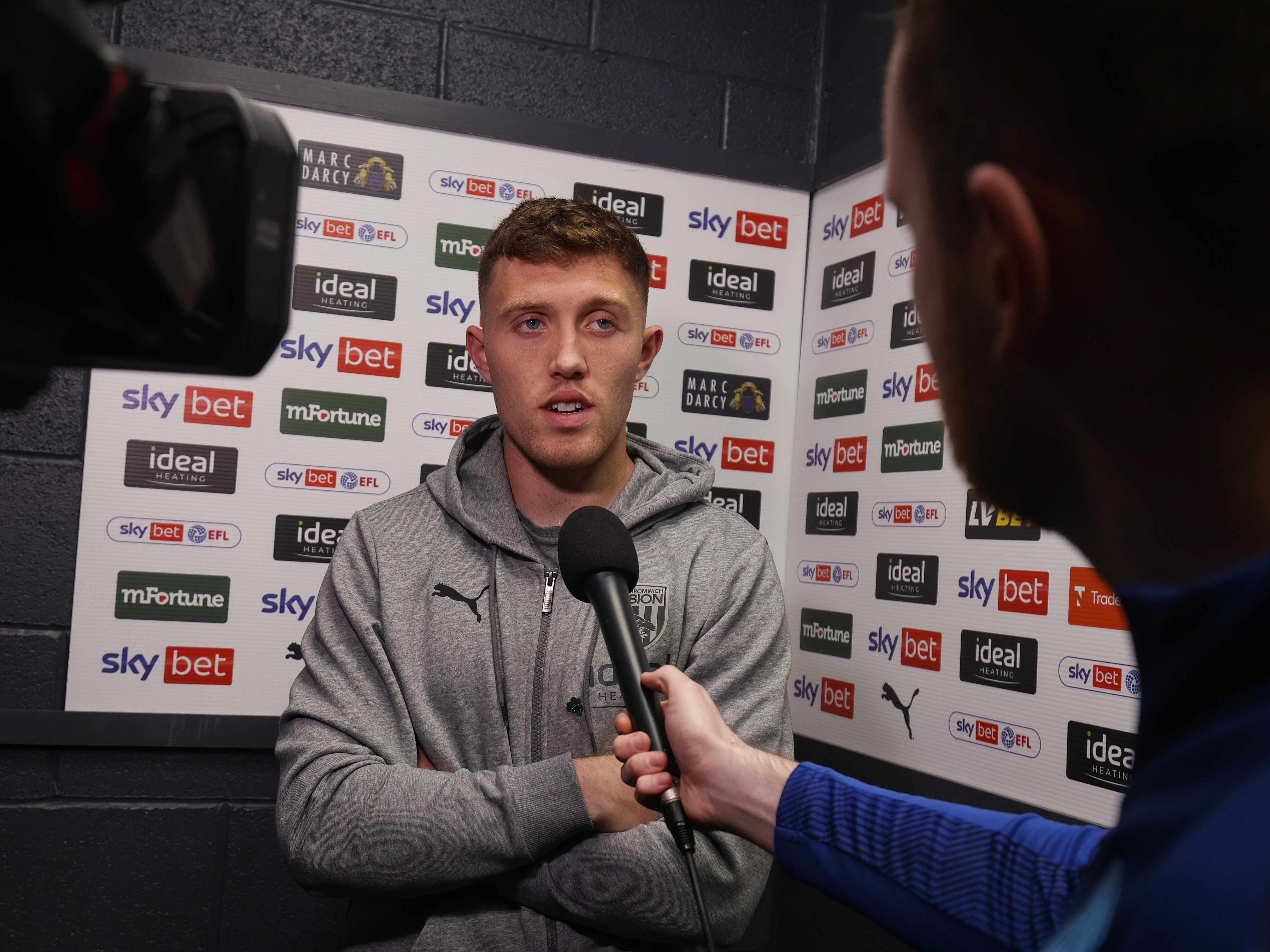 There was double delight for Dubliner Dara O’Shea on Good Friday as the defender marked his long-awaited return to the XI with three points.

The Republic of Ireland international started at the heart of Albion’s defence for the first time since late August as his side secured a last-gasp win against Blackpool at The Hawthorns.

O’Shea delivered an impressive display alongside Semi Ajayi and Matt Clarke, and the 22-year-old said he was “buzzing” to be back out on the pitch from the off.

Dara stated: “It was a great feeling to be back out there from the start.

“It’s been a long time since I played centre-back off the back of my injury and I’ve had to bide my time to get back into the team. But to be out there today and get the win was great for everyone.

“I found out yesterday before training that I was going to play and I was buzzing with it.

“I’ve had to wait a long time and I’ve worked really hard to get in the shape that I am, and am really happy to be where I am today.

“Going from playing really well at the start of the season and really enjoying my football, to having to work hard to get myself back fit and working long hard hours has been difficult.

“When I came back the new manager had come in and it’s been a new set of eyes I’ve had to impress.

“I’ve had to work to get back into the team and the lads were playing well. But it’s part of football and sometimes you’ve got to sit on the sidelines and be ready when called.

“I’ve been itching to go and it has been frustrating not playing, but I was just happy to be out there again today and to get the win was nice too.

“I thought I did well. I won all my battles, got the ball down and played, but overall I was happy we got the win.

“There were some good signs of the boys playing some good stuff as well as hitting Andy up front too and showing both sides of our game in that aspect.”