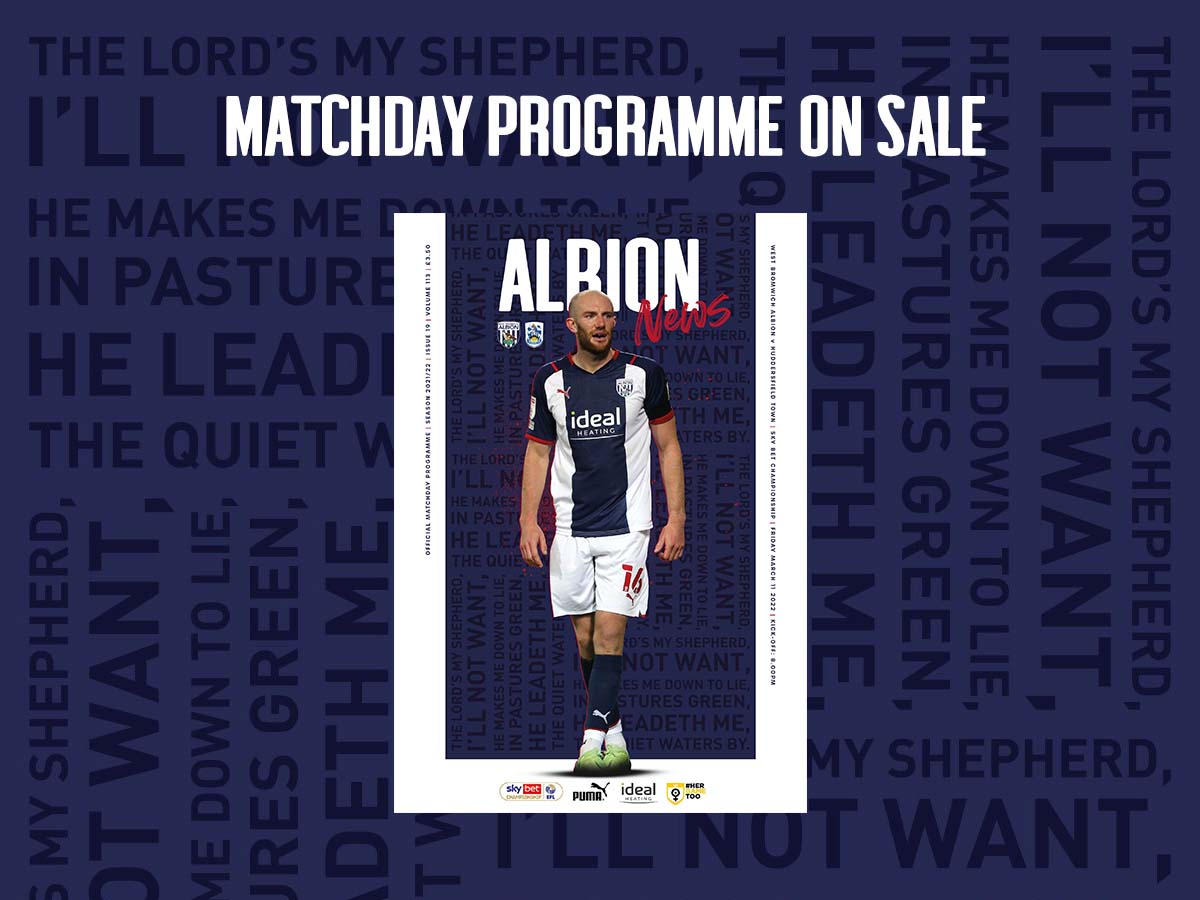 Matt Clarke is the cover star ahead of the Baggies’ clash with Huddersfield Town on Friday night - and he provides an insightful interview in the latest edition of Albion News.

The defender hasn't been content with recent results but said last Saturday’s win over Hull City was a big “relief”, as the Baggies ended a tricky run of form.

And while Clarke acknowledges the threat which Carlos Corberán’s Terriers pose ahead of this week’s exciting Championship match, the centre-back says Albion have the chance to make a “statement” against one of the division’s in-form teams.

Matt has made 23 appearances for the Baggies since joining on a season loan from Premier League side Brighton & Hove Albion in the summer, and the 25-year-old discusses a range of topics during his four-page interview feature.

He discusses a range of topical Albion subjects, from “bridging the gap” between themselves and the promotion places, to building confidence and momentum again. With two teams at the top end of the standings in Town and Fulham next up, Clarke believes it could be the lift the Baggies need to climb the table.

Gaffer Steve Bruce and captain Jake Livermore provide their usual columns, with both praising a number of players who caught the eye during last weekend’s morale-boosting success - as well as the tremendous travelling supporters.

Quevin Castro made his league debut for the club during Albion’s last home game against Swansea City and the Portuguese midfielder features in Friday’s copy, talking about his desire to succeed in B71 and how he's determined to “work his socks off” to gain more opportunities under Bruce.

Albion Women marked a historic occasion last Sunday with an enjoyable 2-0 victory over Derby County during their first-ever game at The Hawthorns.

We have the lowdown, as well as all the best shots of the action from a memorable day for boss Jenny Sugarman and her squad.

Finally, Albion marked International Women's Day on Tuesday, March 8, by announcing a new partnership with campaign group Her Game Too.

Their logo will feature regularly during home matchdays; on the LED screens as well as the front cover of the Albion News programme going forward. Baggies CEO Ron Gourlay and a Her Game Too spokesperson both give their thoughts and welcome the new partnership in Friday's edition.

The Baggies have pledged to support Her Game Too in its efforts to combat sexist abuse in football and reminds supporters of its discrimination reporting line, 07929 221878, which can be called or text to highlight all forms of inappropriate behaviour during matches.

Programmes will be available at several stalls in and around The Hawthorns on Friday night. They can also be purchased from the Stadium Megastore, which is located outside the East Stand.