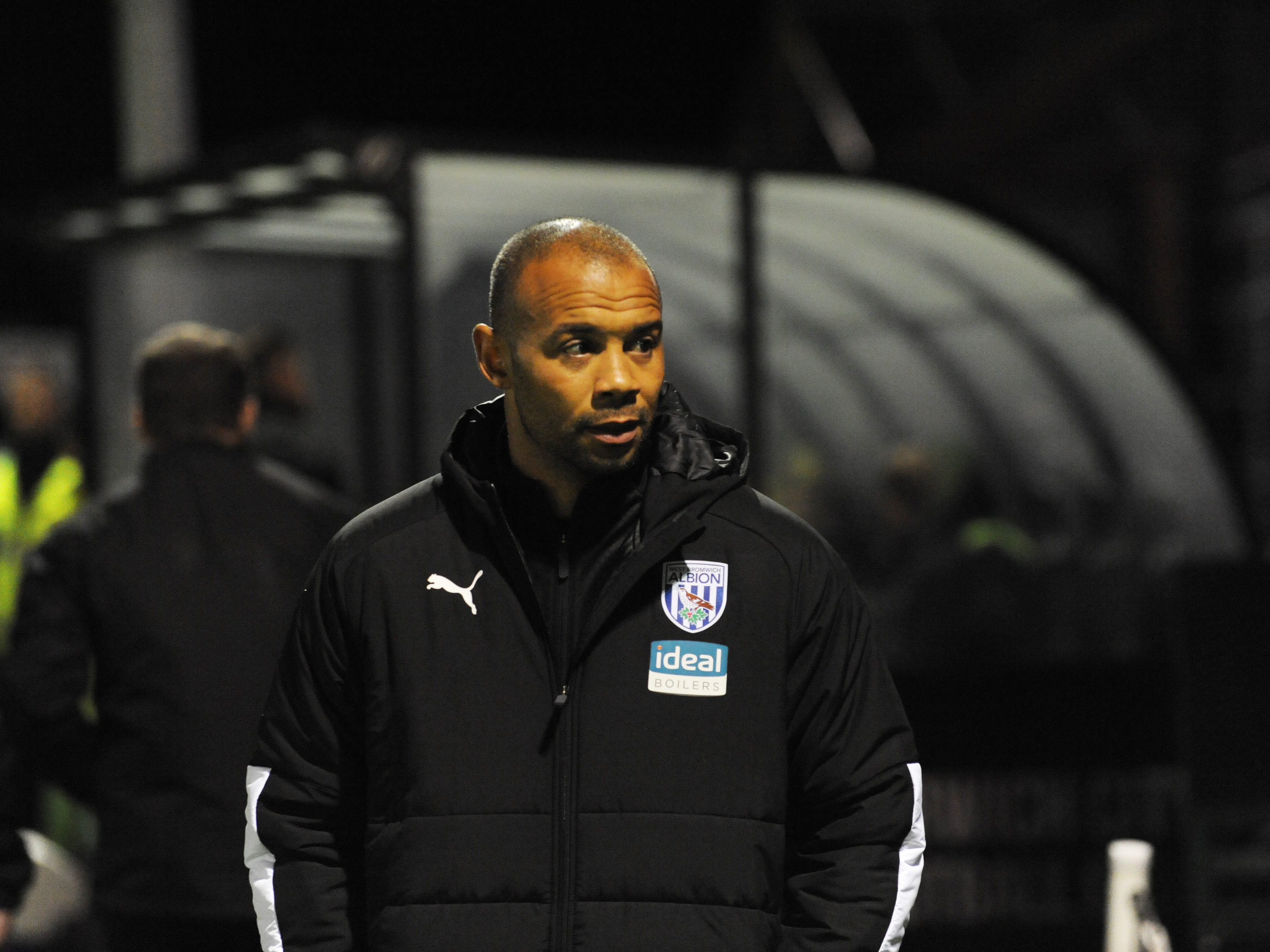 Deon Burton is hoping his PL2 side continue their early season progress when they face Crystal Palace in their second Premier League 2 Division Two game on Monday (ko 2pm).

The new-look young Baggies have had an impressive start to the campaign, beating Swindon Town 3-2 in the EFL Trophy and Aston Villa 3-1 in their league opener.

However Burton’s barometer of success is less dependent on results and more focused on development as he emphasises the need to see Albion’s youngsters progress as individuals and as a team as they look to embody a new philosophy.

Crystal Palace are yet to play a league game this season, but Deon is hopeful his side’s progression will continue in south London.

“We are very young and to date, with the two games and the restrictions, it’s been a tight bubble. They have all been playing their part because we haven’t had players drop down from the first-team.

“We had some tough pre-season games that set our lads in good stead for the opening weeks of the season and with the new philosophy and new way of playing, they are slowly understanding and getting to grips with the new demands of this season.

“I always knew they had these performances in them. I just didn’t know how long it would take to get it out of them. Pre-season was tough, but we made it tough for this reason, to test them and to push them. It seems to have all clicked so far in the first games, it is a long learning experience with the new philosophy we are trying to implement, so it will still take time but to date they have shown really good enthusiasm and understanding so far.

“It was a very hot day when we played Villa. The boys put in a lot of effort in the first half. They did die down a little bit in the second half but then came good towards the end of the game. There was lots of positives to take from the game and some things to work on, but the building blocks are there. Each week and each game is about improving as a group and as individuals.

“We’re trying to get players ready to be able to deal with what the first-team and the manager demands and wants, and hopefully they see something in them to be able to get that opportunity to be around the first-team. We have got lots of players out on loan this season which is great for them, so now it is time for someone else to shine.

“Palace are a new team to the league so it will be interesting to see how they play. It will be a long journey down there but we have just got to really focus on ourselves and keep on building from the good start we have had to develop our philosophy for this season more.”