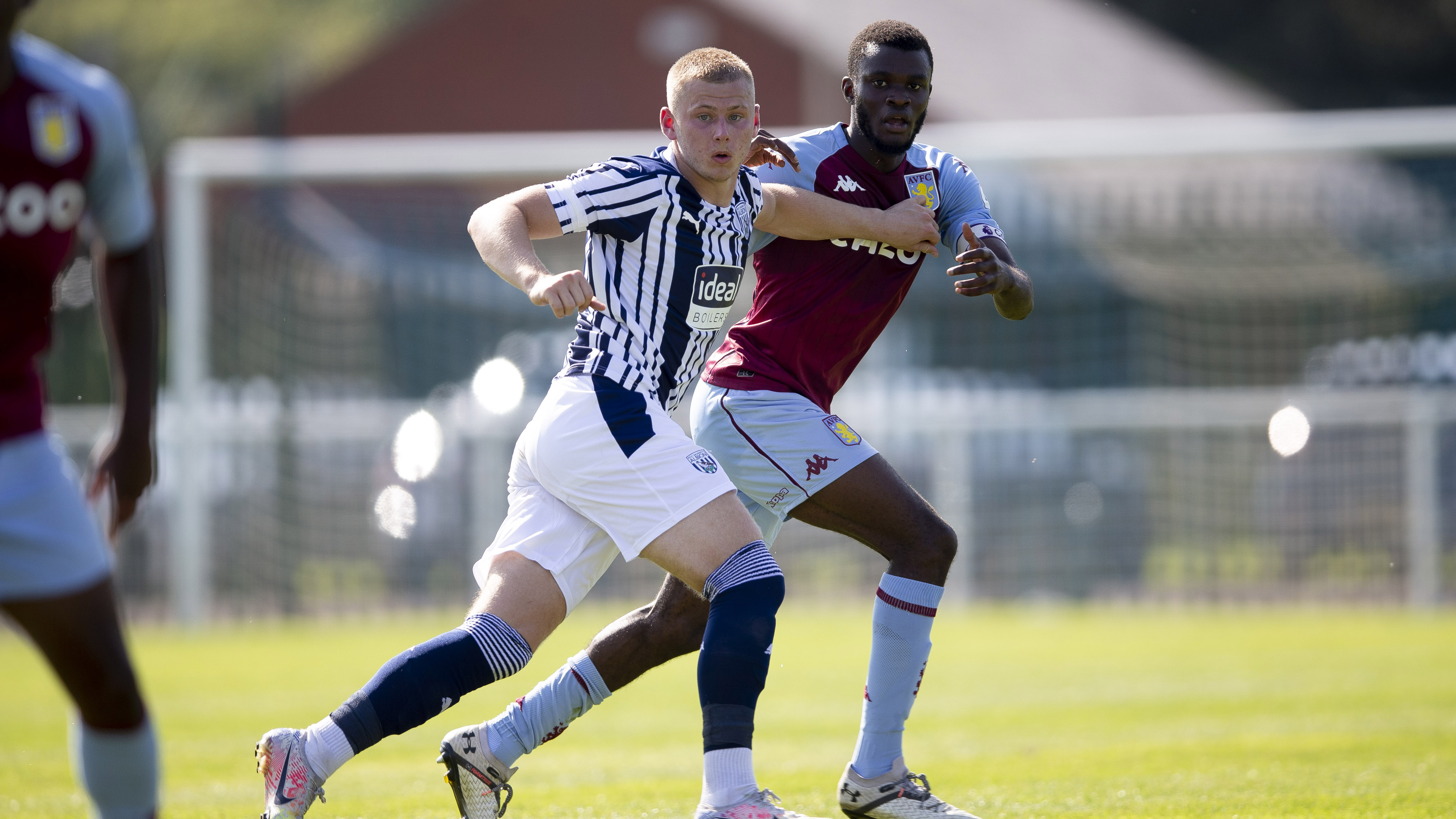 The Baggies led for most of the afternoon through a first-half Zak Brown strike, however it looked like Jaden Philogene-Bidace had snatched a point for the visitors when he scored with five minutes of normal time to play.

Yet as the game entered the closing moments, striker Owen Windsor netted twice from the penalty spot to ensure Albion claimed all three points.

Deon Burton named an unchanged outfield team from Albion’s 3-2 win at Swindon Town in the EFL Trophy, with Jonathan Bond stepping in to replace Ted Cann in goal.

The Baggies started brightly, with Tyrese Dyce curling a free-kick just over the bar. He also fired an effort high and wide from a promising position.

But Albion were rewarded for their dominance. Some good play from Toby King unleashed Dyce down the wing, who cut the ball back to Brown, allowing the attacking midfielder to side-foot the hosts ahead.

Indiana Vassilev curled a free-kick over for the visitors before the break, while Philogene-Bidace and Lewis Brunt went close to levelling the scores after the restart, as Villa pursued an equaliser.

The second goal of the game went Villa’s way, when Philogene-Bidace tucked home from close range in the 85th minute.

But the Baggies spent little time feeling sorry for themselves. An Albion attack down the flank found Dyce in the box, and Seb Revan brought down the winger to give Windsor the chance to seal the points - and the frontman left little to luck, smashing home from the spot.

And the hosts weren’t done there. As Villa pressed for a second equaliser, Windsor’s impressive persistence on the wing led him into the box, and just as he went to pull the trigger, he was tripped by an opposing defender.

This time Windsor opted for a composed finish into the corner, as Burton’s men secured an impressive opening-day victory to kick-off their Premier League 2 Division Two campaign.