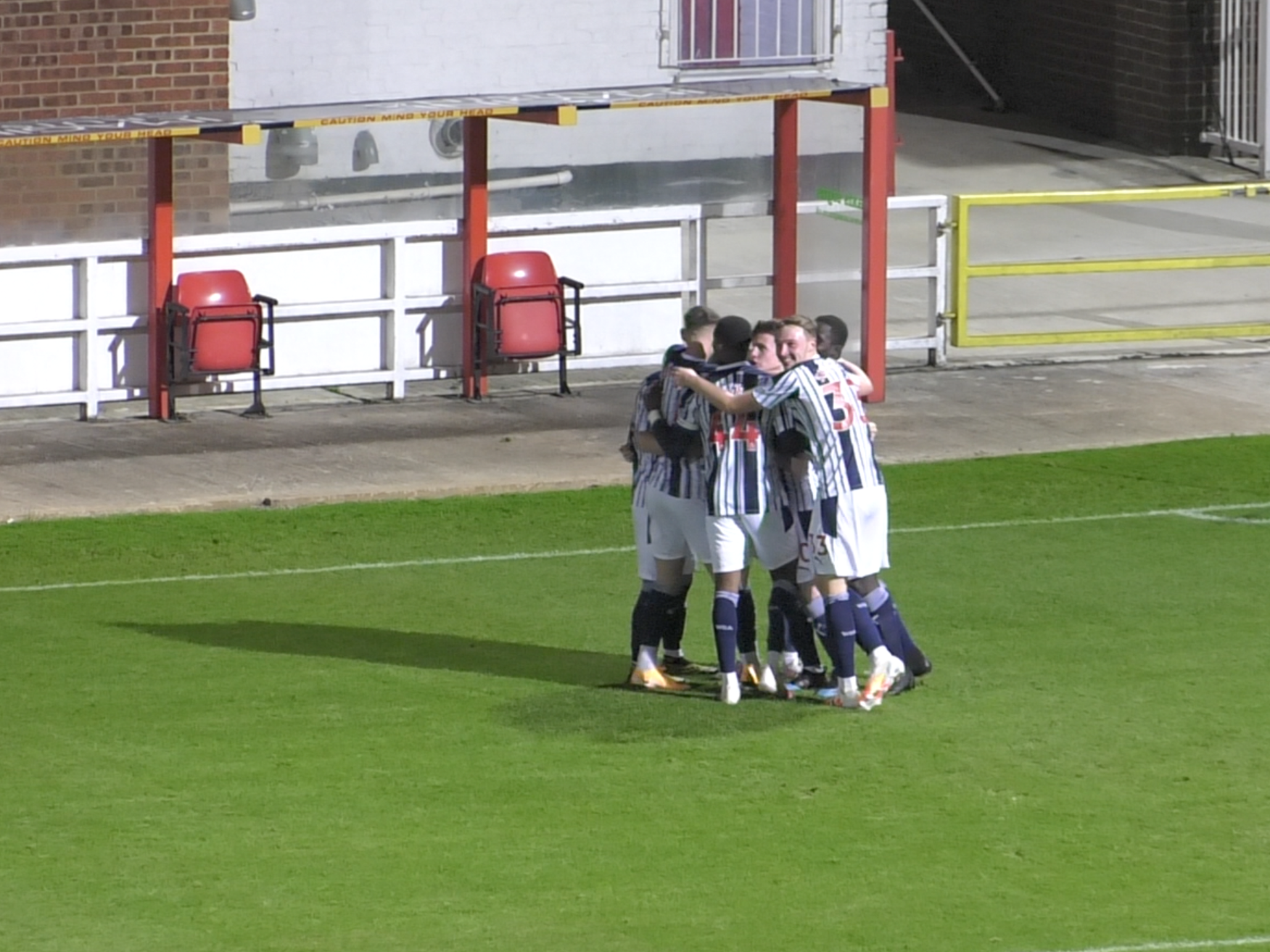 Albion’s PL2 side started their EFL Trophy campaign with a 3-2 win against Swindon Town at the County Ground on Tuesday night.

Goals from Tyrese Dyce, Owen Windsor and Taylor Gardner-Hickman secured an impressive win for the young Baggies on the road.

Toby King had an early shout for a penalty turned away, but it was the Baggies who took the advantage just before the half-hour mark.

Gardner-Hickman controlled a cross-field ball with his head and played a low pass into Dyce on the edge of the box. The Albion winger ran at the Swindon defence before lashing a right-footed shot past Matej Kovar.

The hosts created a couple of openings before the break, with Brett Pitman and Paul Caddis sweeping efforts just wide of the post, but Ted Cann had little to do in the Baggies’ goal.

After the interval, Albion instantly doubled their advantage, as Toby King slotted Windsor through on goal, and the forward fired home confidently.

Deon Burton’s youngsters then had to keep their composure, determination and shape to keep their experienced opponents at bay, as they looked for a way back in to the game.

Swindon did find the back of the net; Tyler Smith headed home from Diallang Jaiyesimi’s cross in the 72nd minute. But the Baggies didn’t buckle.

Windsor hit the byline and lofted a cross to the edge of the box, which Gardner-Hickman volleyed home in fashion.

Yet just a minute later the hosts were back on the scoresheet. Caddis side-footed a volley into the Albion net from a Jack Payne free-kick.

However, the momentary mayhem was just that, and Burton’s youngsters showed a maturity to see the game out against Football League opposition.