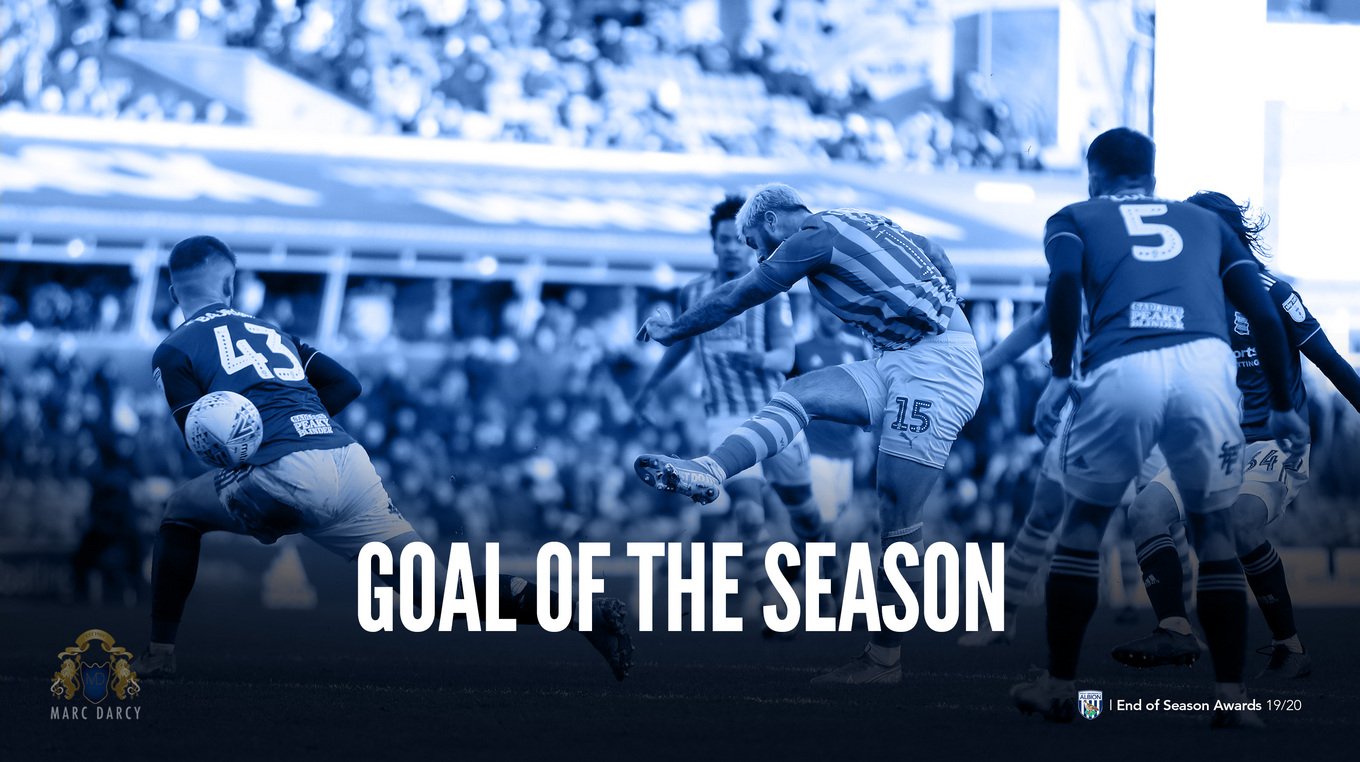 Charlie Austin’s stunning second-half strike at St Andrew’s in December has been voted the Club’s Marc Darcy Goal of the Season.

The Baggies forward was introduced in the 70thminute with Albion trailing 2-1 against local rivals Birmingham City, but it took Charlie just 11 minutes to completely change the game with one spectacular effort from outside the area and then a clinical header.

Jake Livermore’s short and sharp pass found Charlie on the edge of the penalty area. The striker took one touch with his back to goal, swivelled and then fired the ball into the top corner before racing towards the travelling army of Albion fans to celebrate.

A scorcher of a strike on a bitterly cold afternoon in Birmingham. Congratulations, Chaz!