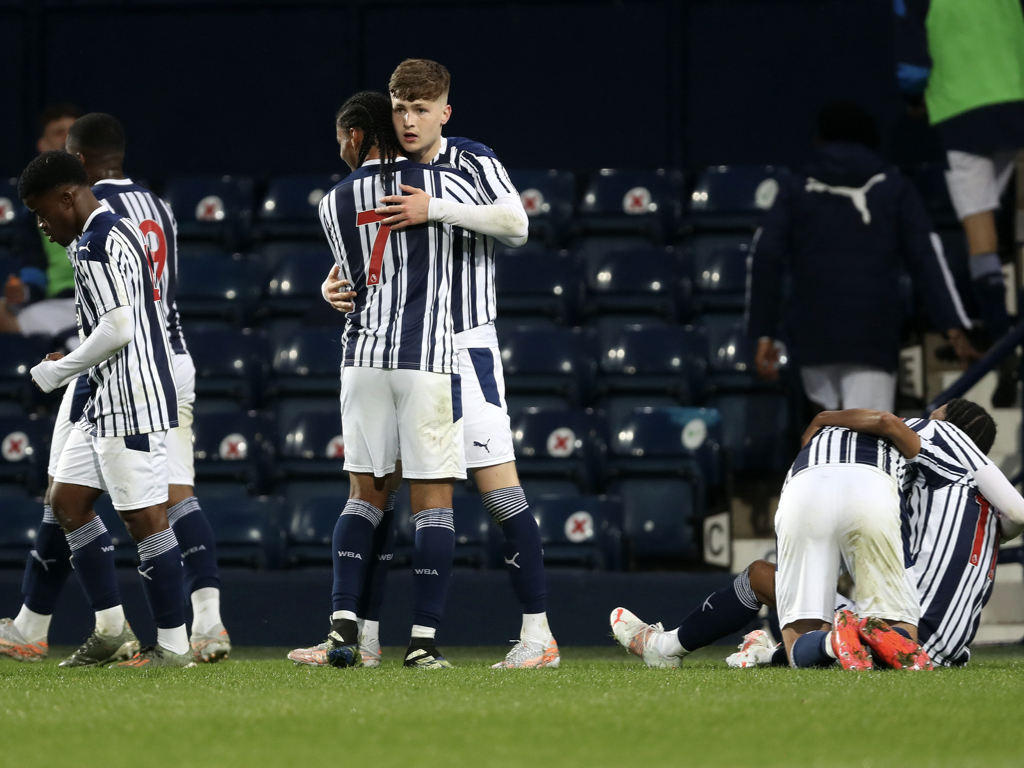 Despite falling behind at the start of the second half, a quick response saw the Baggies turn the game around as Rico Richards rifled home the equaliser before Ashworth struck the game’s decisive strike to take the contest beyond the Toffees’ reach.

And after hitting the winning goal at The Hawthorns to send Albion’s youngsters into a last-four tie and local derby against Aston Villa, Ashworth described it as a “special” moment in his career.

“It was not something I went into the game expecting to do but I tried to support and attack and trusted myself to strike it sweetly and thankfully, it went in.

“We were comfortable in the first half but when they scored it forced us to attack and as soon as that happened it was the kick we needed to get us back into the game.

“I scored a couple in the first game against Basford and I can hit the ball well. So as soon as I saw it appear in front of me, all that was going through my mind was aiming for the corner and the fact it was the winning goal was very special for me.

“Rico’s goal was a massive moment. The longer it would’ve stayed at 1-0, the longer Everton would’ve been happy to sit in and defend. So us scoring straight away killed their momentum, put us in the ascendancy and gave us the momentum we needed to go and score the winner.

“As a scholar, you look forward to the FA Youth Cup the most because it’s such a prestigious tournament and a well-known one for our age.

“So in the build-up there was a lot of anticipation, excitement and when you come and play at The Hawthorns it’s such a brilliant experience and something you have to make the most of.

“With the semi-final being a derby, it adds another layer to the tie and we can’t wait for it.”

Tuesday night’s success under the lights added a second involvement at this stage of the competition for Under-18s gaffer Gilbert in the last three seasons.

He was assistant manager when the Baggies reached the last four two years ago, but having stepped up to become manager, this time round Gilbert insists his side’s “belief” and unity will be pivotal as they target a spot in the final.

“I’ve been heavily involved in the last two occasions when we’ve reached this stage of the competition and you do it for the reaction and that’s how I get my buzz.

“I just want them to experience what I did during my career and that drives me. So to be part of helping this squad reach this stage is an outstanding achievement and it’s been a privilege to have worked with them.

“The game was very nervy. Both teams were tentative and something was going to spark the game and once it did, we knew we had goals in the team to come back with. We just needed to believe.

“We still have much more in us than we showed on the night, but I understand the occasion and what the players were going through. But they’ll be better for this experience.

“It’s been fantastic giving the boys so many different experiences and I believe the players can go far and they need to believe that too.

“It’s their opportunity and they need to go and grasp it now. The togetherness will help us move forward.

“We’re in the semi-final of the FA Youth Cup and we deserve to be there because the lads have earned it. We’ll prepare and approach it the same way but hopefully this time, we can go one better.”