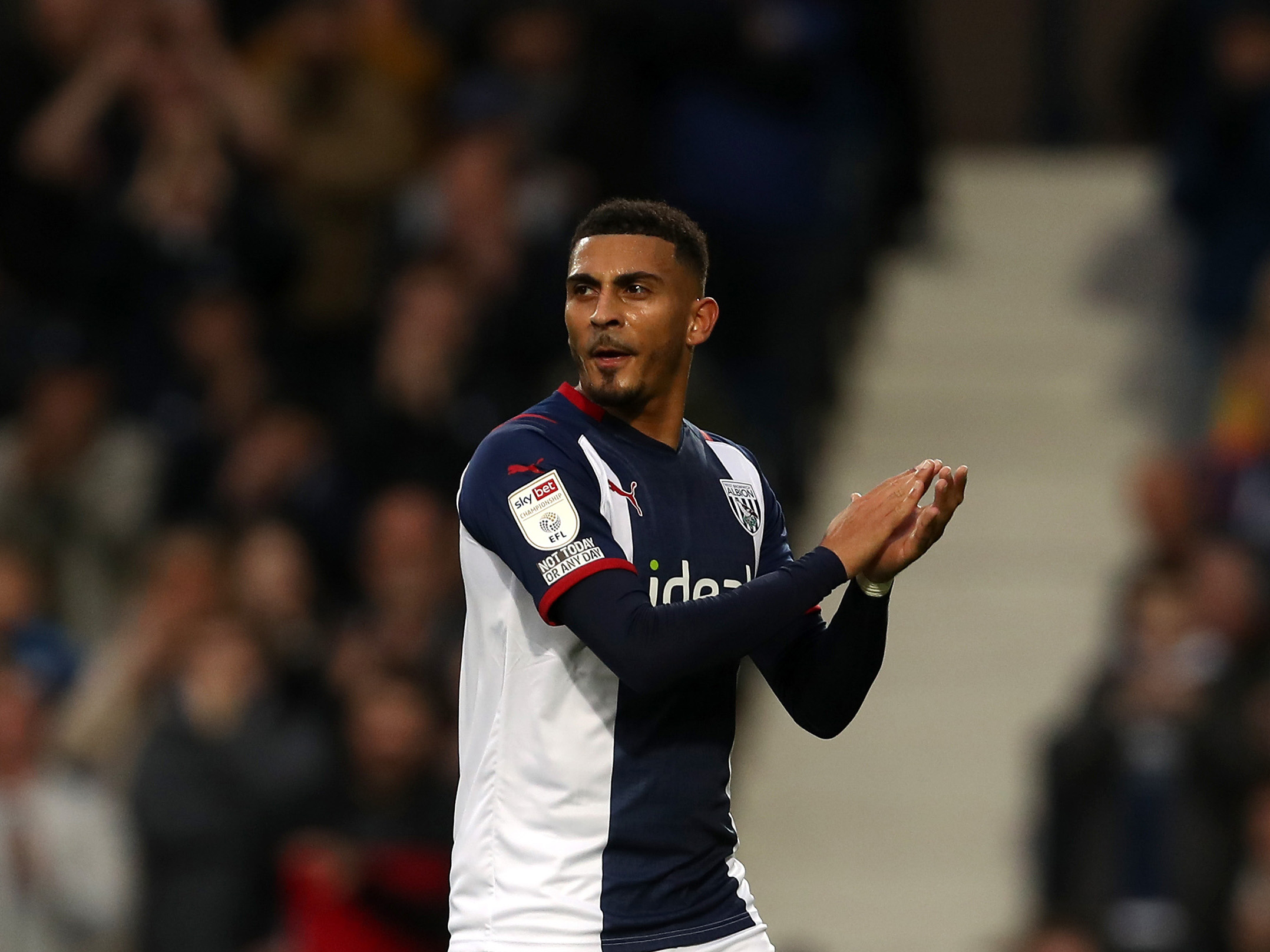 The Baggies forward scored his side’s third and final goal during Saturday’s impressive win at The Hawthorns against Bristol City – his sixth in as many games.

Grant’s red-hot run started with a brace on home soil against QPR, includes strikes in South Wales at Cardiff City and then Swansea City, and also features fabulous finishes in front of the Brummie Road in recent matches with Birmingham City and the Robins.

And the ever-popular ‘AJ’, who delivered a passionate description of Karlan’s emphatic effort last weekend on WBA Radio, believes the 24-year-old has all the necessary attributes required to keep adding to his tally.

“I’m loving watching him play and seeing him develop and improve.

“I think he’s been a breath of fresh air and he looks like he’s going to be one of our most important players throughout the campaign.

“You can see the confidence flowing through him at the minute. You can’t miss it.

“He’s playing with a smile on his face, and when players do that it usually means that they are in red-hot form which is certainly the case with him.

“The way he took his goal on Saturday against Bristol City was exceptional. The finish oozed class and it was a sign of a forward who doesn’t believe he’s going to miss any time soon.

“To have a forward in such a confident mood is a massive positive for any team, but it’s especially important for one which is pushing for promotion.

“He’s got six in his last six games and I can see him going on to get even more in the coming weeks.

“You can tell he’s settled and he’s happy. It was really difficult for him in his first year here at The Hawthorns. He joined late, was in and out of the team, coming on for 10 and 20 minutes here and there and he also had that injury which kept him out for a little while.

“It’s a different story this time around and it’s showing.

“As I say, I’m absolutely thrilled for him and I’d love him to keep banging them in for us.”

Grant will be targeting a goal for the fourth game running when Albion travel to Fulham in the Sky Bet Championship on Saturday lunchtime (ko 12.30pm).

Johnson will take up his usual spot in the commentary box to watch the forward try and score once more down at Craven Cottage, and the two-time promotion winner says he’s already “really excited” for the clash in the capital.

“I’m really looking forward to the game at Fulham this weekend.

“Two teams at the top of the league going toe-to-toe at one of my favourite away grounds. I’m just so excited.

“Fulham have won three on the spin and I thought we were excellent at home to Bristol City the other day.

“They are a really strong team. They’ve got some excellent players who have plenty of experience in the Championship and in the Premier League, so our boys will know they’ll be in for a game.

“But we’ve also got really good players who are more than capable of going to Craven Cottage and coming back with the three points.

“I think it would be a big statement to make, to go there and win.

“I really hope that happens this weekend.”