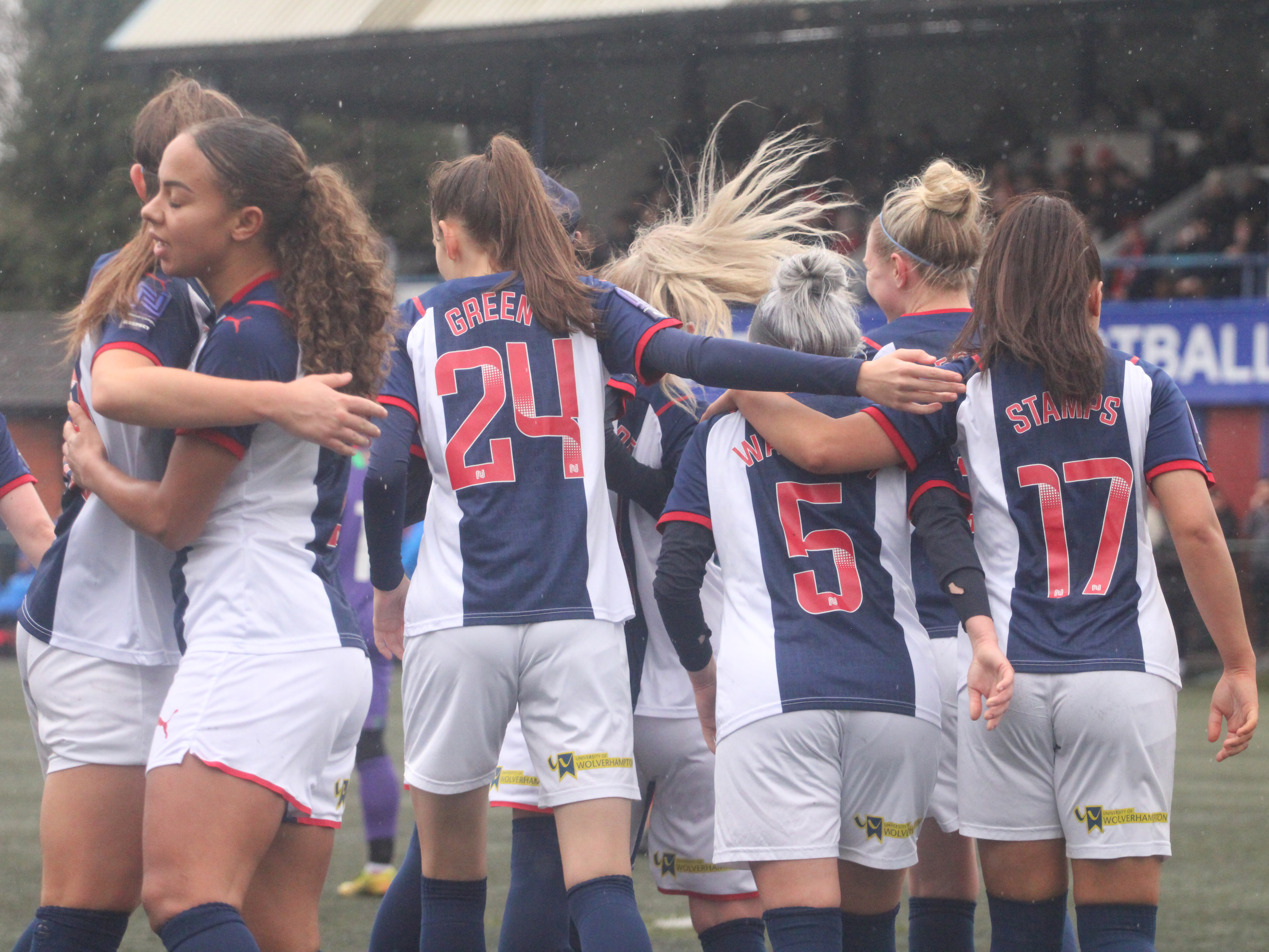 Albion Women secured their spot in the Birmingham County Cup final with an emphatic 4-0 win against Stourbridge on Sunday.

In a first-half of few opportunities they took the lead just before the break, Ash Brown crossing for Leigh Dugmore to fire the Baggies ahead.

It didn’t take long in the second period for Albion to double that advantage – Hannah George winning a penalty and Dugmore converting from 12-yards.

The third arrived soon after, courtesy of Kerry Walklett. The midfielder got on the end of Shannon Stamps’ in-swinging corner to tap home her fourth of the season.

And the Baggies completed the scoring when Walklett’s short corner found Mariam Mahmood, who cut inside and finished fantastically.

The victory at Coles Lane sets up a clash against Black Country rivals Wolverhampton Wanderers in the final.

“I’m really pleased with our performance,” said Sugarman. “We spoke at half-time about how to combat the conditions, which I think we did really well.

“They were difficult to break down and I think in the second half we opened them up. Once you go ahead in cup games, there’s going to be more space when the opposition have to go for it. I think we did well to make the most of that.”

Goalscorer Dugmore also reflected on the game, saying: “I think it was important for us to not only get the win but to put in a good performance, after last week’s result.

“We were all disappointed with the outcome and we spoke about how we need to improve in training. A huge credit to Stourbridge, they didn't make it easy for us at times today but in the end we showed why we're leagues above and to make the final of the county cup, we’re all buzzing.”