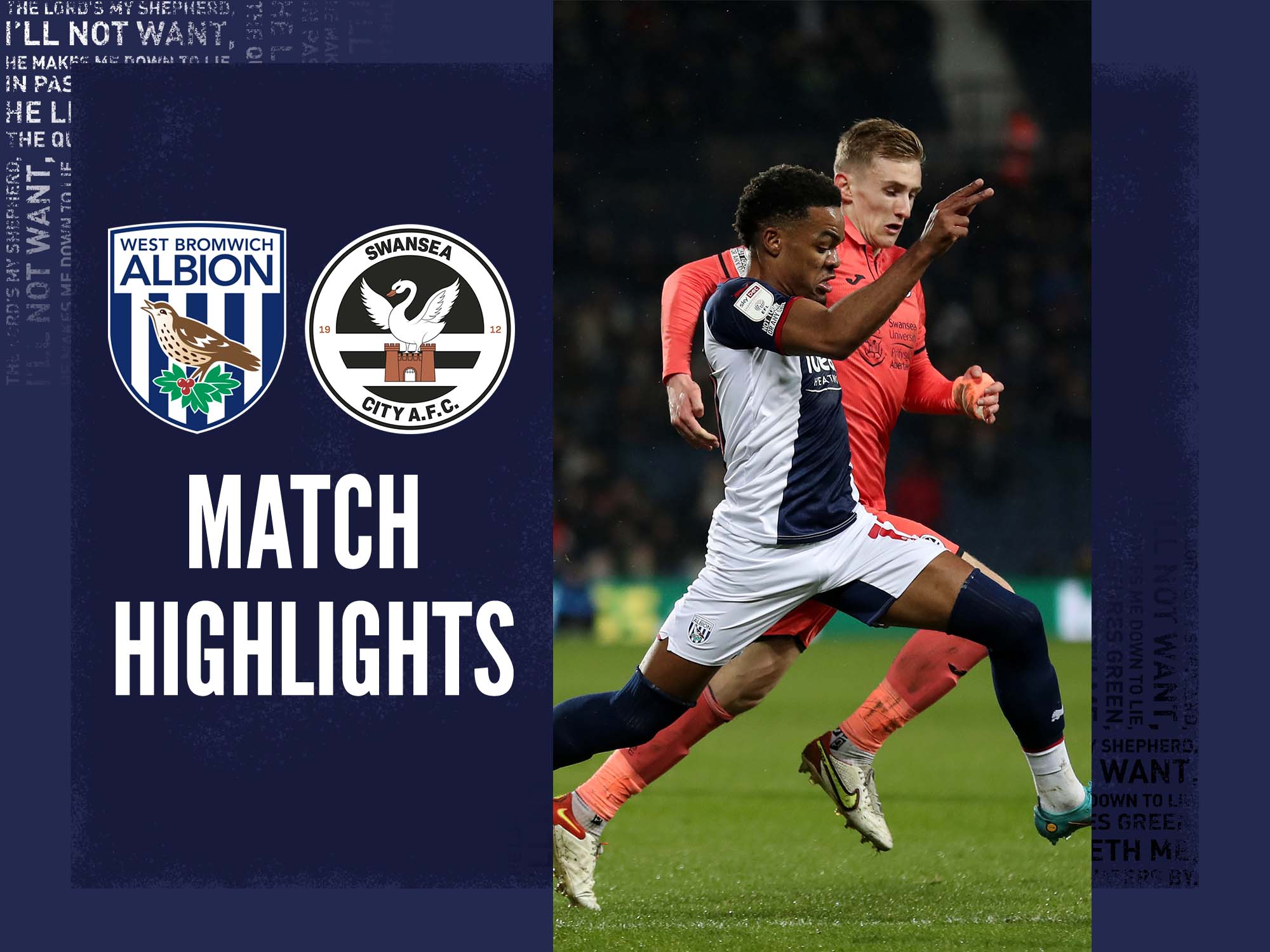 Watch free-to-view highlights from the midweek action in B71.

Albion were beaten 2-0 by Swansea City at The Hawthorns on Monday evening.

Late goals from Joël Piroe and Cyrus Christie earned the visitors all three Sky Bet Championship points in B71.

The Baggies are next in action when they travel to Hull this Saturday.

Steve Bruce made one change to his starting XI as Callum Robinson came in for Karlan Grant.

And it was the Irish international who almost opened the scoring on the 20-minute mark, nodding a header against the woodwork after fantastic play by Grady Diangana and Dara O’Shea to set him up.

Diangana was a constant menace down the Albion right, and he might have opened the scoring when Robinson found him at the near post – but the winger could only poke wide.

Swansea had a spell in the lead up to half-time, Matt Grimes curling wide and Sam Johnstone saving Cyrus Christie’s powerful header, yet neither side could find that first goal and it was 0-0 at the interval.

The teams exchanged chances following the break, Piroe shooting into the outside of Johnstone’s post before Jayson Molumby saw a strike blocked.

The boss then opted for a switch in midfield, bringing Quevin Castro on for his league debut.

There were opportunities at either end – with Michael Obafemi heading over and, during two quick counter attacks, Castro had one saved by Andy Fisher and substitute Callum Robinson hit the post.

Swansea managed to grab the all-important first goal, though, 11 minutes from time through Piroe - and Christie's effort put the game beyond Albion's reach in the final stages.