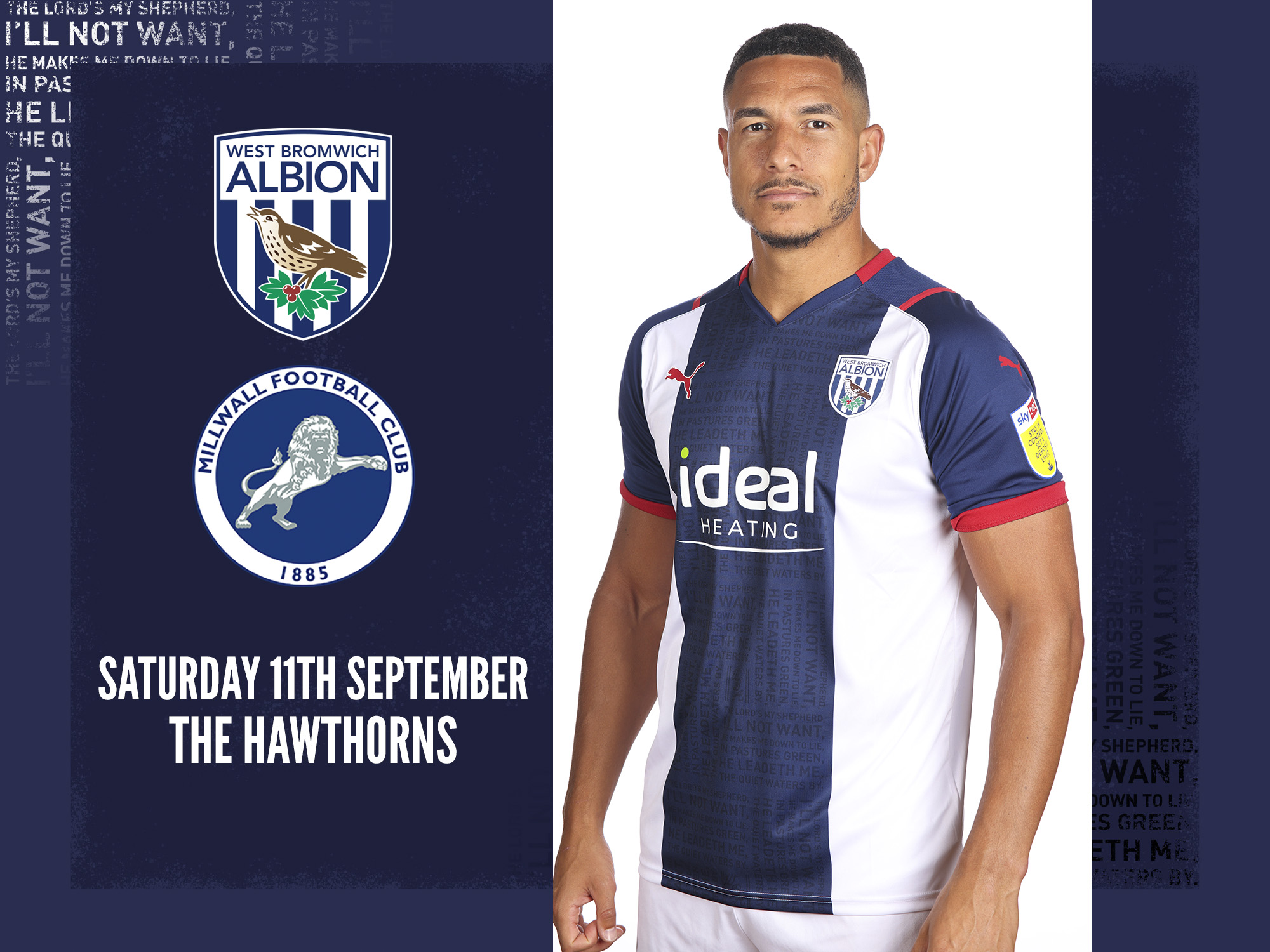 The Baggies have made an extremely impressive start to the season, collecting 13 points from a possible 15 on offer having won four games on the spin.

Valérien Ismaël’s men left it very, very late to beat Peterborough in their final match before the break – Semi Ajayi slotting home an injury-time winner to spark incredible scenes in the away end at the Weston Homes Stadium.

And Albion will want to pick up from where they left off in August by securing a fifth successive league victory against a Millwall side who have taken five points from their first five games.

Some of the best footage you will see all weekend 💥@SemiAjayi | #WBA pic.twitter.com/5AyE92wM1W

Fans unable to join us at The Hawthorns can listen to live Baggies-biased commentary from Gez Mulholland and Andy Johnson on WBA Radio.

Match passes for this game are just £2.50 or you can sign up to listen to every home and away game for £45, or spread the cost at £4.50 per month. Every package includes access to a full match replay of the game.

Fans based overseas can watch the game live on WBA TV. If you have subscribed for the season or the month just log in with your account from 15 minutes before kick off. If you don’t yet have a subscription for the game you can buy a match pass for £10.

All packages are available to purchase here https://www.wba.co.uk/video/packages

The Lions have made a steady start to the Sky Bet Championship season, picking up five points from their opening five games.

Gary Rowett’s men won their most recent match 2-1 at home to newly-promoted Blackpool. Defender Jake Cooper scored in the last minute to give Millwall their first league victory of the year.

The 2021/22 campaign is their fifth successive season back in the second tier, with the Londoners finishing 11th or higher in three of the previous four terms. Millwall are now an established Championship club once more and they’ll have their sights set on another top-half finish come May.

Former Birmingham, Derby and Stoke boss Rowett has been at the helm at The Den since October 2019. Including Saturday’s clash at The Hawthorns, the 47-year-old is just six games away from reaching a century in charge of the Lions. He’s won 36 of his 94 matches, losing less than a third.

Albion secured a 2-0 home win over Millwall in the Championship in September 2018.

Dwight Gayle opened the scoring in the 68th minute before Kieran Gibbs sealed the three points with just under 15 minutes remaining.

There have been two Millwall victories, two Albion victories and two draws in the last six head-to-head meetings.

The Baggies won the most recent encounter, claiming a 2-0 win at The Den in February 2020 in treacherous conditions thanks to Filip Krovinovic and Dara O’Shea goals.

Programmes will be available in and around the stadium and can be purchased online here.

Changes to traffic management on matchdays

To further ensure the safety of fans visiting The Hawthorns on matchdays, Sandwell Council have amended the event day traffic order which is used to control traffic flow around the stadium on matchdays. The following road closures will be in place from Saturday, September 11 2021.

From 95 minutes before kick off

Supporters who would like to book car parking close to the Stadium can do so by visiting www.hawthornsparking.co.uk. Passes for individual matches or seasonal passes are available to purchase directly from the provider.