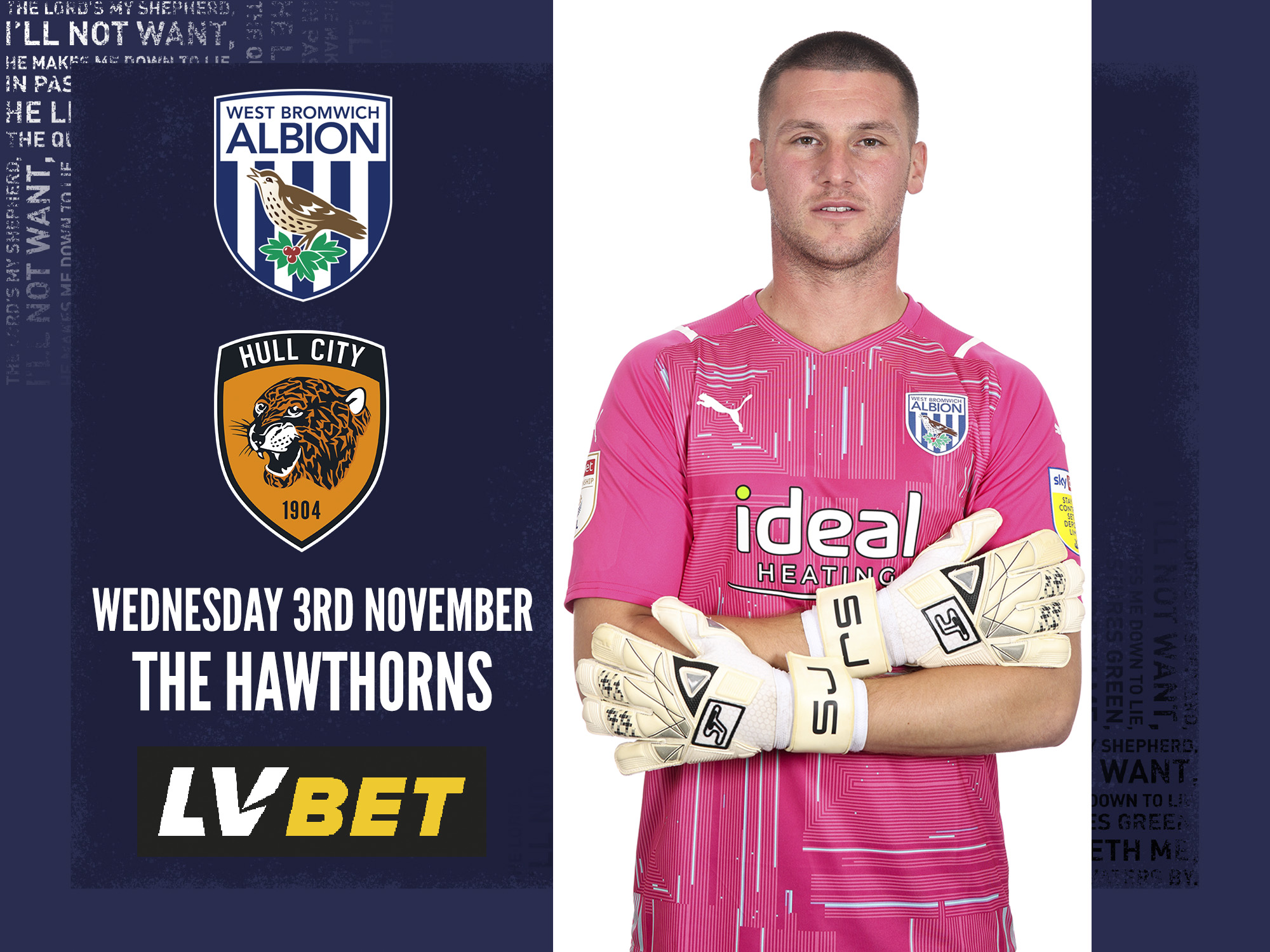 West Bromwich Albion will be targeting an instant response to Saturday’s defeat at Fulham when Hull City come to town on Wednesday night (ko 8pm).

The Baggies slipped to a 3-0 reverse in the capital, keeping them third in the Sky Bet Championship table.

Visitors Hull are back in the second tier following promotion from League One last season, coming up as champions having finished two points above Peterborough United.

This week’s guests have had a difficult start to life back in the Championship, picking up 9 points from their 15 matches, form which will see them arrive at The Hawthorns occupying one of the bottom three spots in the division.

Fans based in the UK and overseas can watch Wednesday's clash live on WBA TV.

A video match pass is available for £10 and will include live video coverage of the game from 7.45pm with Baggies-biased commentary.

Overseas seasonal and monthly video subscribers will automatically get access to the stream, but audio subscribers who would like to watch the game will need to buy a match pass. Audio subscribers can choose to listen to the game as part of their existing package.

To watch live go to https://www.wba.co.uk/video/live from 7.45pm on Wednesday, or open the West Bromwich Albion app and look for the red LIVE button.

Hull City will be hoping to halt a run of four consecutive Sky Bet Championship defeats at The Hawthorns on Wednesday.

The Tigers have lost out by one-goal margins in their last three games, losing to Coventry, Luton and Peterborough, leaving them on nine points from their first 15 games.

Last season’s Sky Bet League One champions finished bottom of the Championship in 2019/20 and boss Grant McCann will be desperate to keep his side in the second tier this term.

The former Northern Ireland international, who played with Chris Brunt and Gareth McAuley at Windsor Park, was appointed in June 2019 and has been both relegated and promoted in his two years at the club.

McCann featured heavily for Cheltenham Town, Scunthorpe United and Peterborough United during his playing days, before switching to the dugout in 2015. He managed both Posh and Doncaster Rovers previous to his role at Hull, with whom he has won 47, drawn 27 and lost 49 of his 123 matches in charge.

Gareth McAuley, Chris Brunt and James Morrison were all on target for Albion in a 3-1 win over Hull City in January, 2017.

The Tigers went ahead in the first half thanks to a Robert Snodgrass goal, but the Baggies fought back to claim three Premier League points at The Hawthorns.

There have been 15 goals scored between West Bromwich Albion and Hull City in the last three meetings at The Hawthorns.

Robert Snodgrass is the main feature for Wednesday night’s edition of Albion News, as he discusses the challenges he's overcome during his time at the Baggies.

Get the full lowdown from Snoddy’s interview along with columns from the gaffer and skipper Jake Livermore, while the academy section sees Jamie Soule and Under-18s boss Peter Gilbert provide their thoughts on the season so far.

Programmes will be available for purchase in and around the ground on Wednesday. Alternatively, you can secure your copy online here.