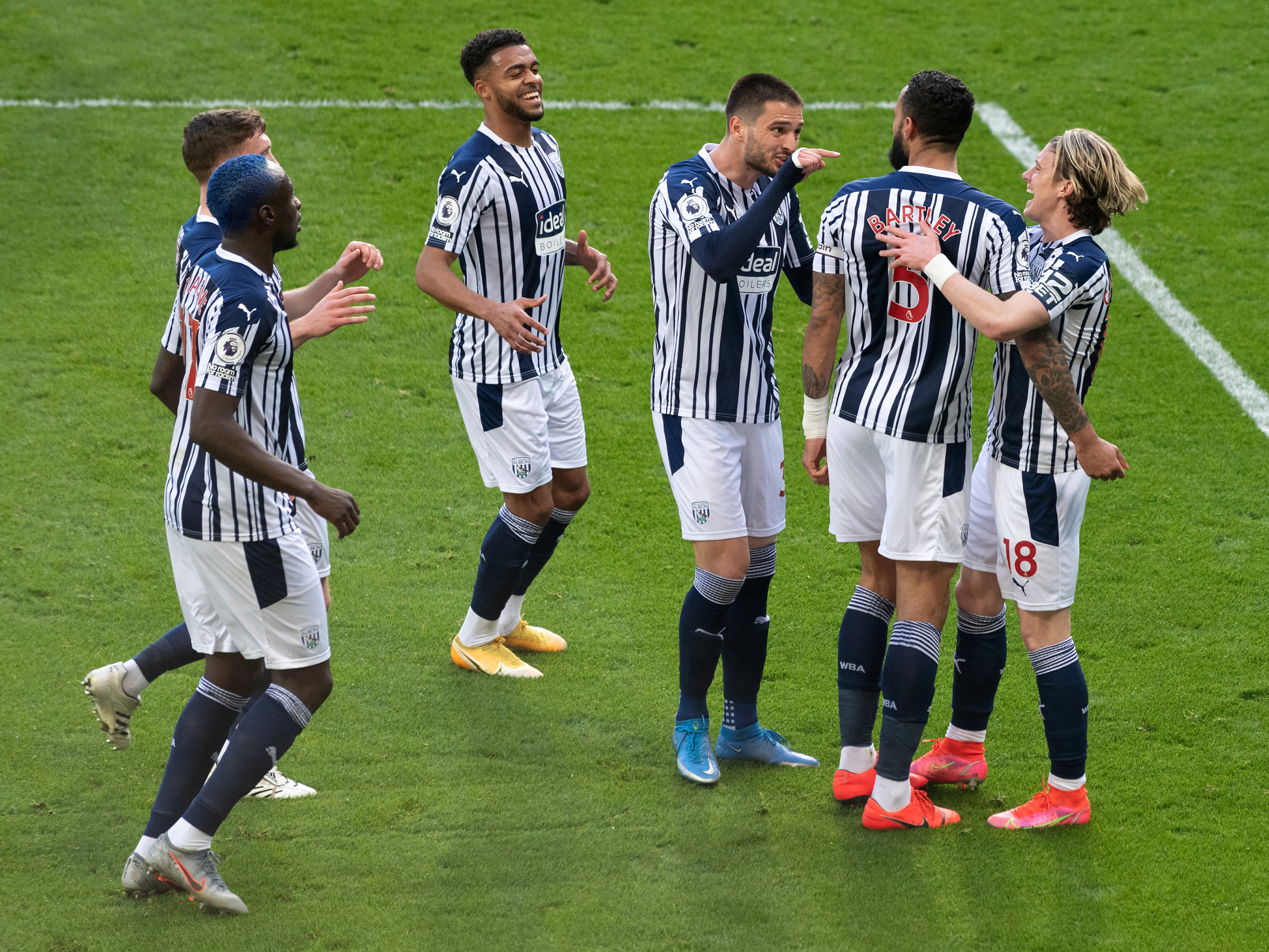 Albion are back in action at The Hawthorns against Everton on Thursday evening (ko 6pm). Sam Allardyce’s side will have their sights set on securing another big three points following Saturday’s 1-0 success against Brighton – a result which extended their unbeaten run to three games.

Everton edged closer to the European places after battling to a narrow 1-0 win over Southampton on Monday night.

Brazil striker Richarlison scored the game's only goal after just nine minutes to secure consecutive Premier League wins and, like the Baggies, back-to-back clean sheets heading into Thursday's clash in the Black Country.

Everton boast one of the most successful managers in world football in Italian Carlo Ancelotti. The 61-year-old, who joined the club in December 2019, has won 20 trophies including league titles in Germany, Spain, France and Italy, as well as three UEFA Champions League crowns.

Ancelotti represented three Italian clubs during his time as a player – Parma, AS Roma and AC Milan. His playing career, just like his managerial career, was filled with glittering success having won 12 trophies including two European Cups and two Serie A titles with AC Milan, as well as a further league crown with Roma.

The former attacking midfielder was also capped 26 times by his nation and helped guide Italy to a third-place finish at the 1990 FIFA World Cup played in his homeland.

His time as a manager began in 1995 with Reggiana before moving on to former club Parma in 1996. Ancelotti was appointed Juventus manager in February 1999 and immediately won the Intertoto Cup – his first trophy in management.

After two years in Turin, he left to join AC Milan. During his eight years at San Siro, Ancelotti won eight trophies including one Serie A, two UEFA Champions League titles and two UEFA Super Cups.

He left Milan for Chelsea in 2009, a move which proved to be his first to England as either a player or a boss. He led the Blues to the Premier League title in 2009/10 and helped them lift the FA Cup in the same season.

PSG came calling in 2011 and during his two years in France, Ancelotti won Ligue 1 in 2012/13. He then went on to replace Jose Mourinho at Real Madrid in June 2013 and spent two seasons in the Spanish capital, winning four trophies.

His success would continue in Germany where he won the Bundesliga and the DFL Super Cup with Bayern Munich between 2016 and 2017. Ancelotti would then spend 18 months with Napoli before joining Everton in December 2019.

During his first season at Goodison Park, Everton finished 12th. Over the summer, Ancelotti’s influence helped attract Colombian superstar James Rodriguez and Brazilian midfielder Allan from former club Napoli. The Italian will be hoping to guide the Toffees into Europe this season and they stand well placed to do so with less than a third of the campaign to play.

Richarlison will be full of confidence going into Thursday's clash against the Baggies.

The Brazilian helped the Toffees secure a historic victory over local rivals Liverpool towards the end of February, scoring the opening goal in a 2-0 victory before putting the Saints to the sword with a match-winning strike on Monday evening.

After scoring five goals in his last five matches across all competitions, Richarlison is Everton's in-form player and Sam Allardyce's side will have to contain the 23-year-old if they are to record a third straight shutout.

Albion’s first away game in the Premier League this season was up at Goodison Park back in September. It was an afternoon to forget for the visitors, with the Baggies suffering a 5-2 defeat and seeing red cards handed out to left-back Kieran Gibbs and then boss Slaven Bilic.

The last time the two sides met at The Hawthorns in the Premier League was on Boxing Day in 2017, a game which finished goalless. The Toffees have gone five matches without defeat in B71, last losing to Albion at The Hawthorns 2-0 in September 2012.

Kyle Bartley has delivered a series of excellent performances in recent matches. The towering centre back helped keep Manchester United relatively quiet at The Hawthorns a few weeks ago, before helping Albion earn successive shutouts against Burnley and Brighton.

The 29-year-old will need to be on top of his game once again to keep Everton’s dangerous attacking players at bay on Thursday night, and another strong display from the skipper could prove crucial if the Baggies are to pick up another big three points in their bid to stay in the Premier League.