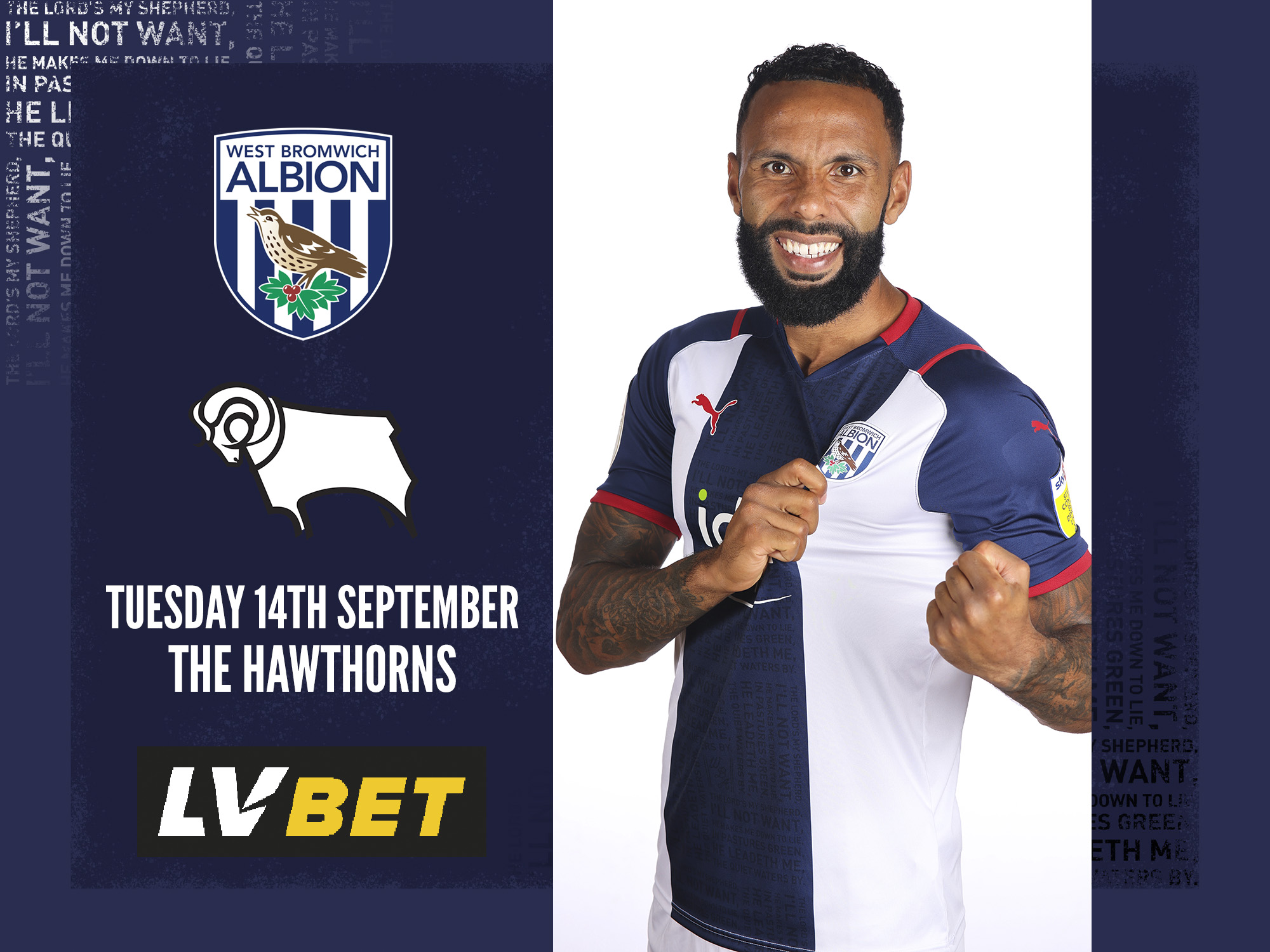 The Baggies are back at The Hawthorns on Tuesday night, hosting Derby County in their seventh Sky Bet Championship game of the 2021/22 campaign (ko 8pm).

Albion were held to a frustrating 1-1 draw in B71 at the weekend by Millwall, with Dan Ballard cancelling out Kyle Bartley’s first goal of the season.

Although Valérien Ismaël’s men were unable to secure a fifth successive league victory on Saturday, the point did extend the club’s unbeaten run at the start of the season to six matches.

Visitors Derby have taken six points from their first six games, but lost their most recent fixture 2-0 at Birmingham City on Friday night.

Enjoy a 𝗣𝗜𝗧𝗖𝗛𝗦𝗜𝗗𝗘 angle of Barts' first goal of the 2021/22 campaign 😍 pic.twitter.com/E4lAbktyoL

Albion fans can watch the match live on WBA TV Matchday with a Match Pass for £10.

Available to all supporters in the UK and overseas, a match pass includes live coverage of the game with Baggies-biased commentary from Gez Mulholland and former midfielder Andy Johnson. The stream will be live from 7.45pm and can be accessed here https://www.wba.co.uk/video/live.

You’ll need a My Albion account to purchase your Match Pass and watch the stream. If you haven’t yet created an account, click here for instructions https://www.wba.co.uk/fans/matchdays-more/my-albion-single-sign-accounts.

Supporters who have purchased an overseas video subscription for the season or month will have this match included in their package. Seasonal audio commentary subscribers will need to purchase a Match Pass to watch, or can still access their commentary-only coverage.

The Rams sit 16th in the Sky Bet Championship table ahead of their midweek trip to The Hawthorns, having collected six points from their opening set of games.

Wayne Rooney’s side have won one, drawn three and lost two so far in the league this season, with their solitary victory coming at the home of newly-promoted Hull City back in mid-August.

Derby almost lost their Championship status last term, escaping relegation to the third tier on the final day of the campaign by picking up a point at home to Sheffield Wednesday who went down to League One as a result of that draw.

England and Manchester United record goalscorer Rooney announced his retirement from playing in January 2021 in order to focus on his managerial role at Pride Park, having acted as interim boss since the end of November 2020.

It’s been a difficult start to life in the dugout for the 35-year-old, but Rooney will take plenty of confidence from helping steer Derby away from the drop last season as he sets his sights on a much calmer campaign this time around.

Albion came from behind to secure three Championship points against the Rams at The Hawthorns in February, 2010.

Chris Porter gave Derby the lead after the break but Brunty bagged a 10-minute brace to put the Baggies ahead, before Simon Cox wrapped up the win late on.

Just two of the last 10 meetings between the Albion and Derby have ended level.

The Baggies have won three of those 10 matches, with the Rams coming out on top in half of them.

Both teams have scored in seven of the ten games.

Mowatt stars as the feature interview for the Baggies’ midweek Sky Bet Championship clash, with copies available for purchase at several stalls in and around The Hawthorns on Tuesday.

Similarly, programmes and can be purchased online here.

Our official betting partner LV BET share the latest stats and odds ahead of Tuesday night's match against Derby County.

Albion sit top of the Championship following an unbeaten start to the league season with four wins and two draws, scoring 13 goals in the process.

At The Hawthorns, the Baggies have scored eight goals in three games, averaging over two goals a game.

Opponents Derby have taken six points from six games, winning once at Hull City in August.

Albion are 13/10 to be leading at half time and full time.

A couple of first goalscorer odds include Matt Phillips at 5/1 & Callum Robinson at 21/4.