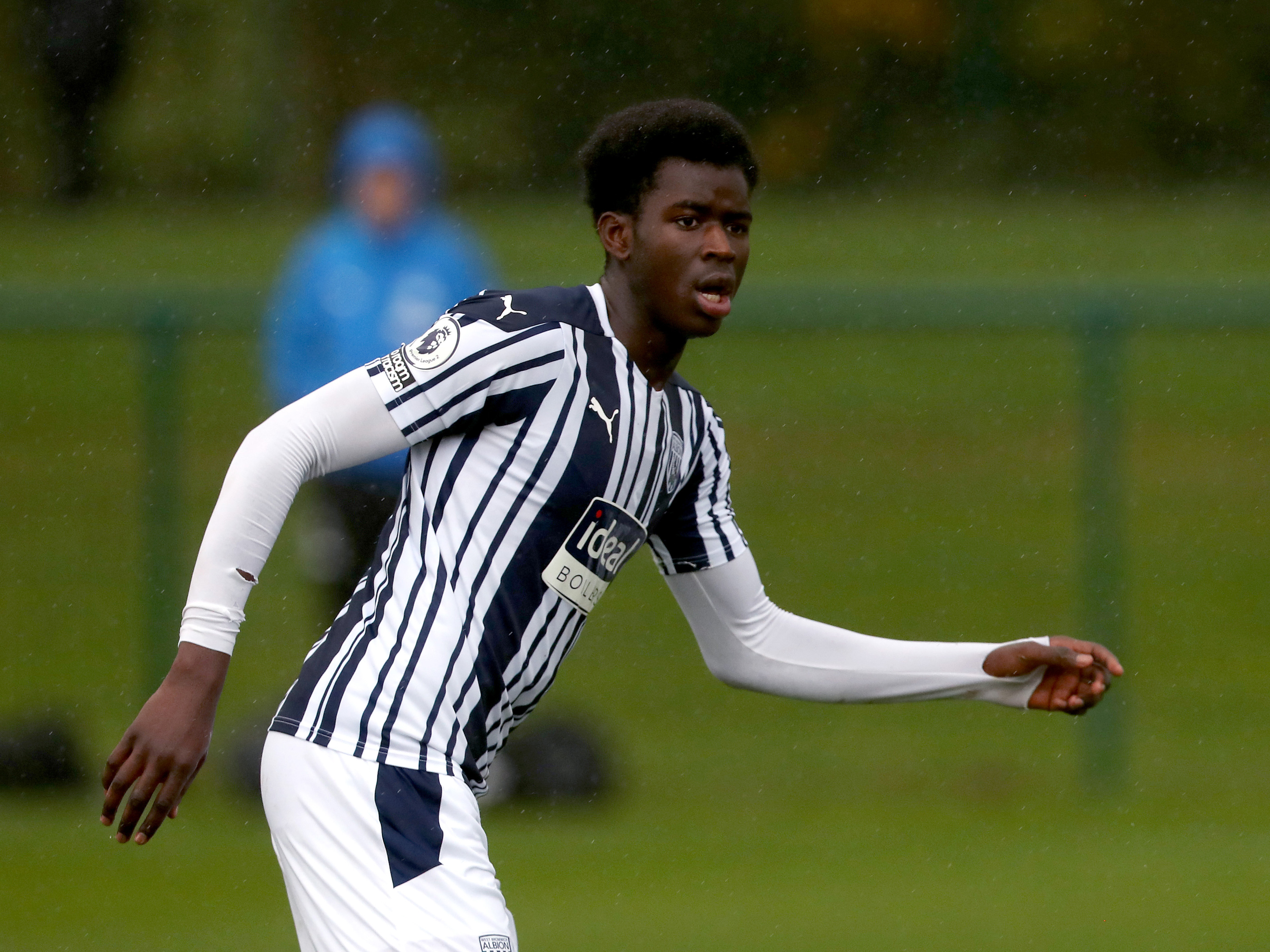 Albion Under-18s produced a resilient display to overcome Cardiff City and progress to the fifth round of the FA Youth Cup on Wednesday evening.

A stunning effort from Tim Iroegbunam, followed by a smart finish by striker Modou Faal gave the young Baggies a 2-0 lead going in at the break.

Tom Davies’ deflected effort gave the Bluebirds hope of a comeback midway through the second 45, but Peter Gilbert’s men confidently managed the remaining minutes to ensure their place in the next round of the tournament.

U18s boss Gilbert emphasised prior to the game that his side were full of confidence, and their energy and optimism showed from the first whistle.

Albion began the game on the front foot with Lino Da Cruz Sousa bursting into the area prompting calls for a penalty, but they were quickly waved away by the referee.

Nevertheless, the Baggies continued to press and soon earned their rewards when Tim Iroegbunam curled a stunning effort into the top corner to give Gilbert’s men an early lead.

And they had to wait just four minutes before increasing their advantage when quick passing put Faal through in the box, and the towering striker calmly rounded Cardiff stopper Jaimie Cogman before poking into an empty net.

2-0 up and the hosts showed no signs of relenting as they pursued a third goal with Da Sousa, Tom Fellows and Jovan Malcolm all having chances to extend their lead. But the visitors kept them at bay to ensure the score-line was just 2-0 at half time.

Fellows was a menace to the Bluebirds’ defence all evening and nothing changed at the beginning of the second half as the spritely winger set up Malcolm from close range, only for the striker to find a crowd of bodies in the way of his shot.

England U18 international Ethan Ingram unleashed a rasping effort which Cogman had to parry, and Da Sousa guided a strike just wide of the post as the Baggies looked to increase their advantage.

But it was the visitors who dominated the remainder of proceedings as Davies pulled away from Ingram to deflect an effort over Ingram and past a stranded Maksymilian Boruc to give Cardiff momentum as they looked to produce a turnaround.

Clearly energised from their response, the away side pushed on with James Crole weaving through Albion’s lines before seeing his goal-bound shot blocked. Davies came forward in search of doubling his tally from left-back with a low strike and nearly succeeded, but his effort rolled harmlessly out of play.

Siyabonga Ligendza forced Baggies stopper Boruc into two late saves as the Bluebirds pushed for an equaliser, but Albion kept their resolve to set up a fifth-round tie away against Tottenham Hotspur in the next round of the FA Youth Cup.