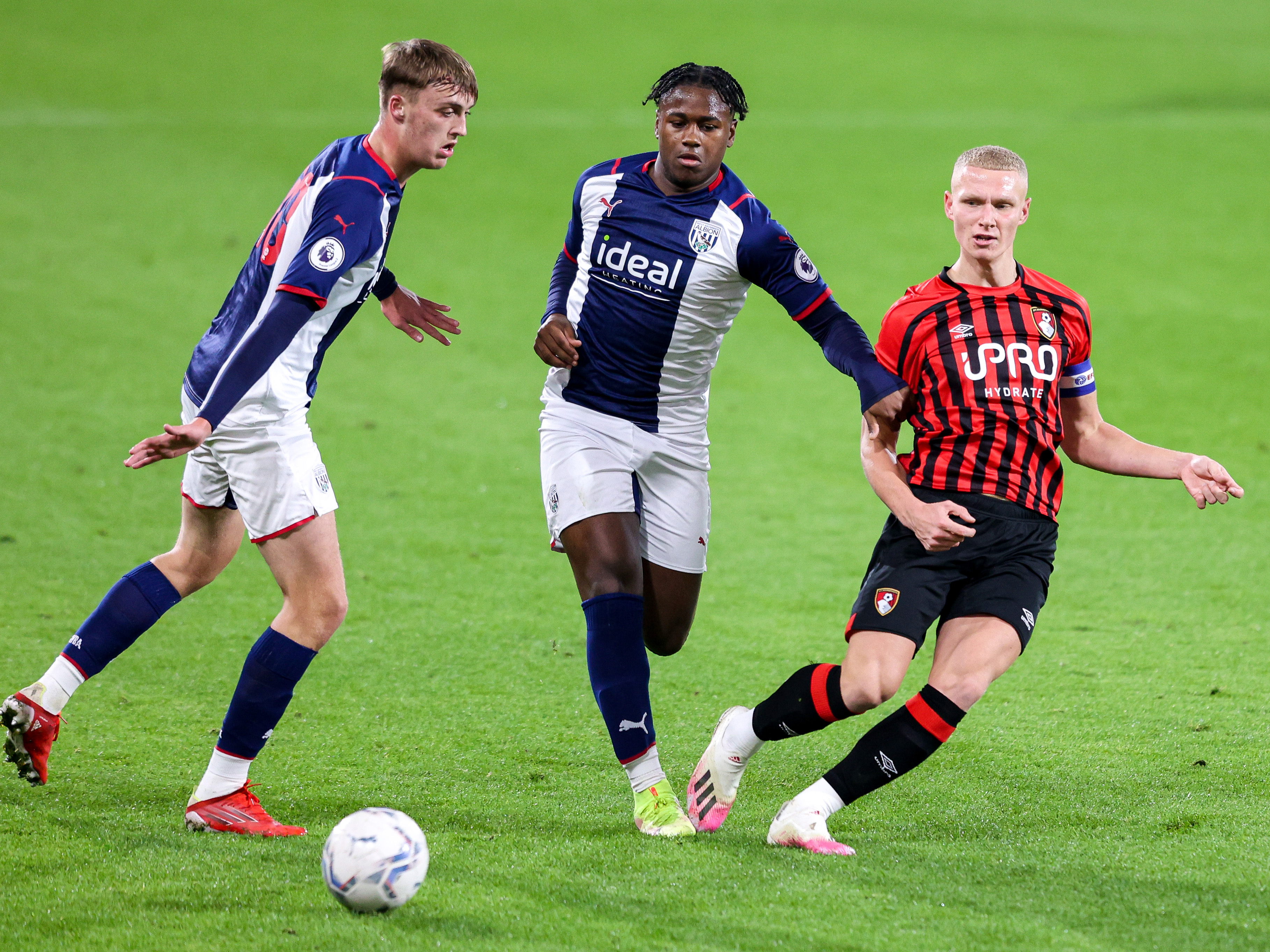 A young Albion side suffered their first PL Cup defeat against AFC Bournemouth’s Under-23s on Thursday night at the Vitality Stadium.

The hosts took a 2-0 lead in at the break, and Euan Pollock’s second-half brace confirmed the Cherries’ first win in the competition.

Richard Beale’s side remain top of Group A with two games remaining to mathematically ensure their progress to the knockout phase of the tournament, but they were given little room to create any goalscoring opportunities during their clash with the south coast outfit.

Bournemouth asserted their possession-based style effectively but were forced to wait 30 minutes before making the breakthrough, with centre-back Zeno Rossi heading a cross home after the young Baggies failed to clear a corner.

And lively forward Christian Saydee doubled the advantage shortly before the half-time whistle, punishing a lapse in concentration by driving a low shot past Ronnie Hollingshead.

Owen Windsor registered Albion’s first shot early into the second 45, but it was one-way traffic from then on with Cherries striker Pollock finishing off two slick team moves to complete an important win for the home side.

Still, the Baggies’ previous three wins in Group A has given them an important platform in their bid for a place in the knockout stages, and they’ll be looking to cement their place in it at the start of 2022.