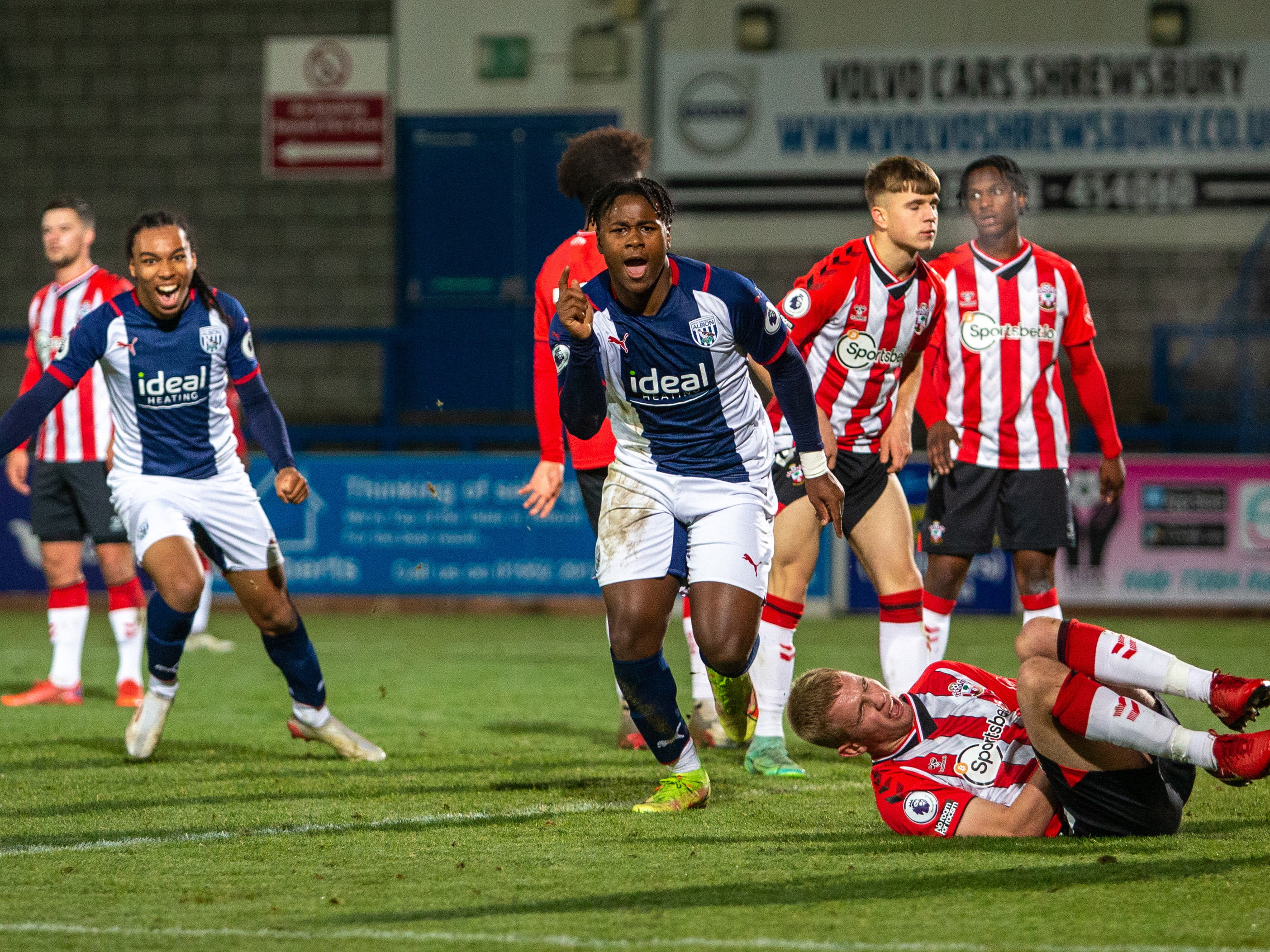 Ramello Mitchell's goal gave the Saints a first-half lead, but Dynel Simeu's red card at the start of the second 45 helped the Baggies back into the game.

Jamie Andrews' spot-kick levelled terms before Kazeem Olaigbe put the visitors back in front, but forward Cleary was on-hand to convert in the closing stages to take the hosts' tally to 10 points at the top of Group A.

It was a bright start from the Baggies, who found plenty of space to exploit down the left wing during the opening 20 minutes.

Cleary smashed the near post, forced Saints stopper Ollie Wright into tipping a goal-bound effort inches past the framework, before Ray Tulloch did the same during a dominant opening period from Rich Beale’s men.

But the game swung in Southampton’s favour as half-time edged closer.

Saints right-back Zuriel Otseh-Taiwo’s piercing ball down the right found it’s way through to forward Mitchell, who rounded Albion keeper Ted Cann on the edge of the box before squeezing the ball in from a tight angle to put the away side ahead.

And it could’ve been a tougher task for Beale’s side to digest at the interval had it not been for Cann’s intervention minutes before the end of the half, diving at full stretch to parry Kami Doyle's rasping effort around the post to ensure it remained 0-1 going into the second 45.

Despite the first 45 seeing little in the way of drama, Albion ensured there would be plenty to talk about with a much-improved performance after the break.

Simeu’s horrible challenge on Andrews prompted a straight red card to reduce the Saints to 10 men and from then on, the hosts took advantage.

However, Albion’s extra man counted for very little as they conceded again when forward Southampton attacker Kazeem Olaigbe fired a volley past Cann to restore the visitors’ lead.

This didn’t stop Beale’s men taking the game to the Saints, but they left it late to find a response and it was their leading talisman who found the answer after a scramble in the box fell invitingly into space, and Cleary obliged to lash in the response with 90 minutes on the clock.

And the Baggies, who could mathematically qualify before their next game in the competition, will be looking to secure another point in their final game against Arsenal to guarantee a place in the knockouts.