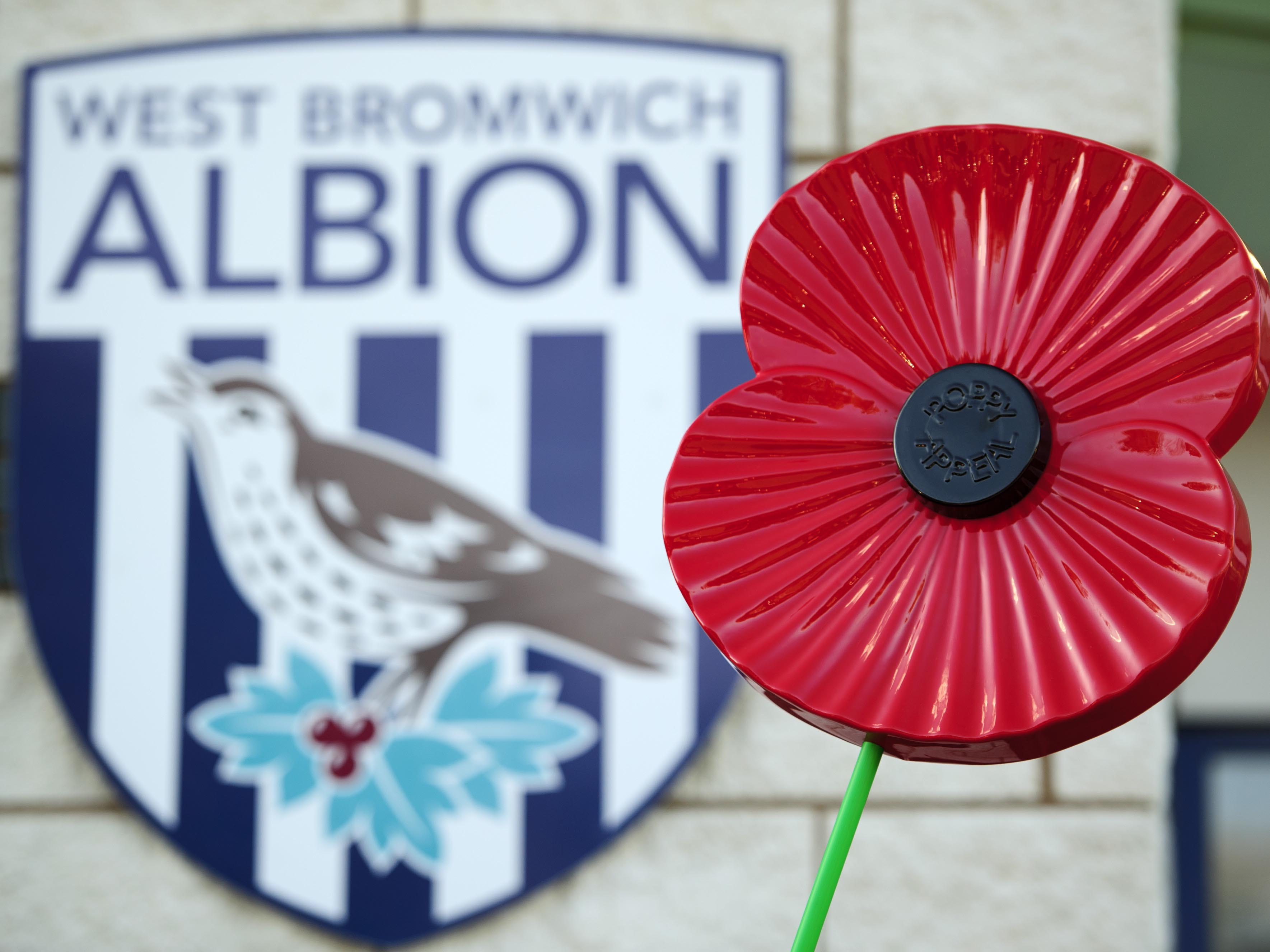 Albion will honour the service and sacrifice of our Armed Forces at the Premier League fixture against Tottenham Hotspur on Remembrance Sunday (ko 12noon).

The Baggies will pause to remember the fallen during a period of silence, which will also incorporate the playing of The Last Post, before kick-off.

There will be a reading of For the Fallen and both sides will wear poppy-adorned shirts, which will be auctioned in aid of the Royal British Legion.

Each club’s captain will also lay a wreath - which will later be delivered to the remembrance garden at The Hawthorns – as they enter the pitch.

A representative of the Royal British Legion will also be in attendance as a guest of the club.

In place of the regular bucket collection, supporters are invited to donate to the RBL online, here.

The 2020 Poppy Appeal marks 75 years since the end of World War II and supporters can support the Legion’s work, which faces additional challenges owing to the COVID-19 pandemic, by purchasing a dual-branded pin badge for £4.99.

The Premier League’s Poppy Appeal support has seen more than £2.3million raised for the Legion since the partnership began in 2012.

Claire Rowcliffe, Director of Fundraising at The Royal British Legion said: “The pandemic has had an overwhelming impact on people’s livelihoods and way of life, leaving some in the Armed Forces community in dire need of urgent help and support.

“We are extremely grateful for the support that Premier League clubs and the football community show the Poppy Appeal every year. The Legion’s work is entirely dependent on the public’s generous support, and this year we need that support more than ever, so we can ensure that those who have served and sacrificed on our behalf are looked after. Every poppy counts.”