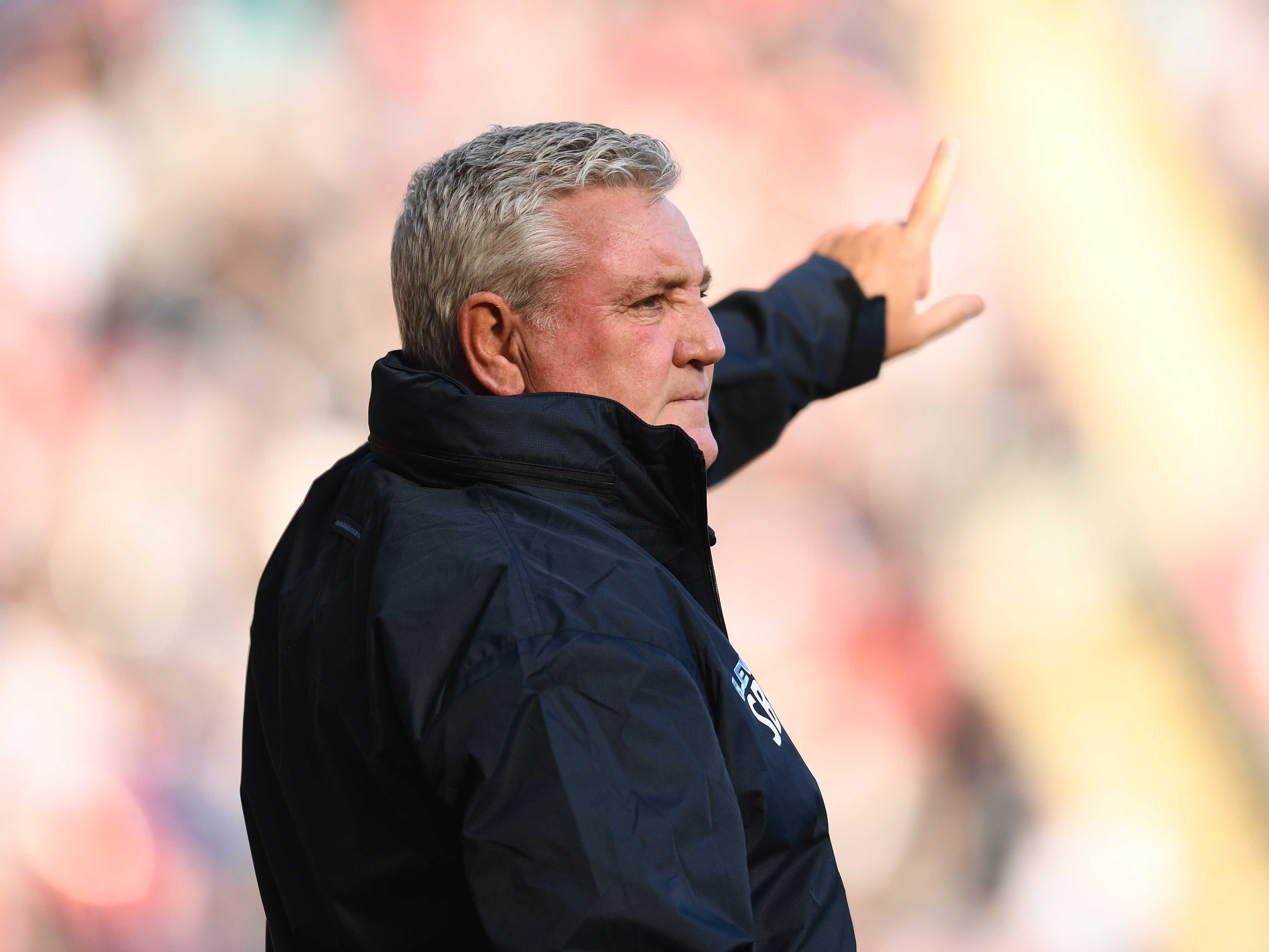 The new Baggies boss, who’s overseen 1,000 matches during his coaching career, has signed an 18 month contract at The Hawthorns.

Bruce has played in/managed a number of high-stake games, learned from some influential footballing figures and won many prestigious awards.

Part of the managerial elite

The LMA’s 1,000 club welcomed Bruce into a special group of managers in October 2021.

After marking his millenary in football management on Tyneside last year, Steve became the 35th boss to be inducted into the League Managers Association’s Hall of Fame.

Steve’s induction into the LMA’s Hall of Fame isn’t the only special mention he’s received.

Even at the start of his playing career, Bruce was influential and quickly showed his capabilities after being given his break at Gillingham.

The contribution he made at the Gills and at second club Norwich didn’t go under the radar, with at the commanding centre-half earning a place in both club’s Halls of Fame in 2009 and 2002 respectively.

Bruce will instil confidence at The Hawthorns with a wealth of experience managing in England’s second tier behind him.

Challenges at Huddersfield, Crystal Palace, Birmingham City, Hull Cit, Aston Villa and Sheffield Wednesday has seen the new man at the helm amass over 350 Championship games, record over 170 victories and average a win percentage of 48%.

Getting out of England’s second tier is something which Baggies boss Bruce knows all about.

He’s moulded two teams into promotion winners over his coaching tenure, twice with Birmingham City and as many with Hull City.

Similarly, Steve has taken Blues and the Tigers up to the top flight via both the automatics and play-offs. With Albion currently occupying sixth spot in the Sky Bet Championship, Bruce will be targeting a fifth promotion at The Hawthorns come the end of the 2021/22 campaign.

The West Midlands is an area Bruce is all too familiar with.

Having featured at St Andrew’s for Birmingham during the closing stages of his playing career, he went on to embrace his first managerial post in the Midlands with City too before later taking the reins at Villa Park in 2016.

The current Baggies squad will be aware of Bruce’s reputation and achievements in the game, but some have worked with him in the past.

Skipper Jake Livermore was part of the Hull side which secured top-flight football via the Play-Offs under Bruce’s leadership, with full-back Conor Townsend also in North Yorkshire during Steve's reign. And England international Sam Johnstone learned under the former Birmingham boss at local rivals Aston Villa.

Andy Carroll has featured under Steve more recently during his time at St. James’ Park and Adam Reach was part of the Sheffield Wednesday side fighting for the promotion place when Bruce took over the South Yorkshire outfit in 2019.

English giants Manchester Untied have a special place for Steve Bruce in their history.

The defender was a commanding presence at the heart of defence with many notable and successful United figures between 1987-1996, securing an impressive 15 honours.

His cemented place in the starting XI at Old Trafford allowed him to become one of the club’s all-time leading appearance makers, featuring 414 times for the Red Devils.

Bruce crossed paths with several star-studded individuals over his career.

In addition to running the rule over English football under the guidance of footballing pioneer Sir Alex Ferguson, the former defender played alongside several legends of the game, notably Eric Cantona, Denis Irwin, Mark Hughes, Peter Schmeichel, David Beckham, Paul Scholes and Roy Keane during a triumphant period of his career.

For a former defender, Bruce certainly knew where the back of the net was.

Early signs of Steve’s eye for goal showed when he ended his first season in Gillingham’s reserve team as their topscorer.

He was on the score-sheet an impressive 51 times during nine seasons at Old Trafford and ended his career with more than 80 goals to his name.

There were few things Bruce didn’t accomplish during his illustrious playing career, but a call-up to England senior side was one of them.

Albion’s new boss caught the eye of the Three Lions’ youth set-up when he broke into Gillingham’s first team and later featured for national side’s B team in 1987.

But despite spending 12 years at the top with Man Utd, lifting the Premier League, FA Cup and Community Shield three times each, along with other prestigious pieces of silverware, he was somehow overlooked for a spot in any England squad.

Although, Steve was offered the chance by Utd legend Jack Charlton to represent the Republic of Ireland during his time at Old Trafford.

But due to UEFA restrictions and the rule of Sir Alex Ferguson CBE, Bruce was never allowed to feature for the Irish national side.