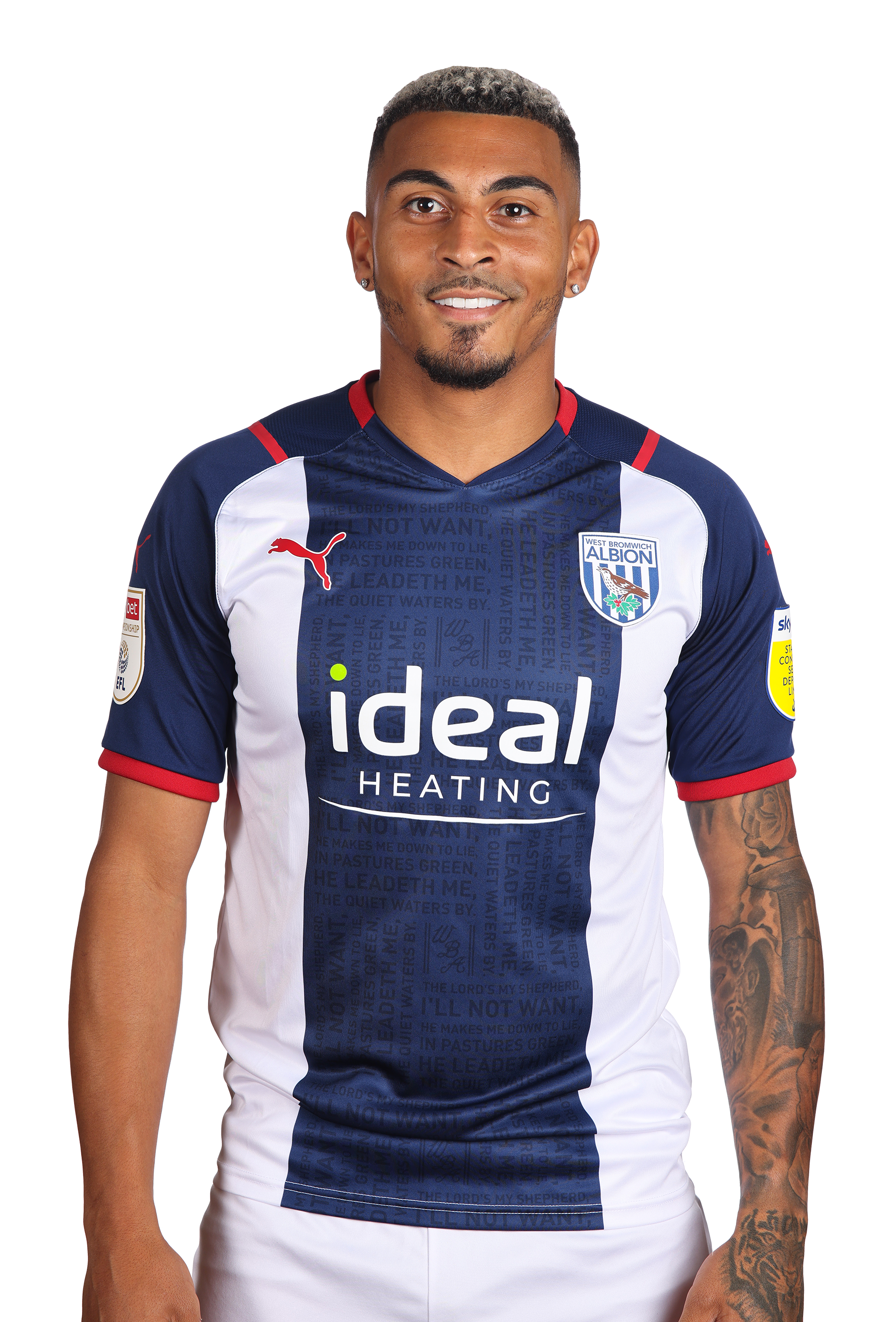 Karlan Grant secured a permanent transfer to the Baggies from Huddersfield Town in October, 2020.

The forward's first campaign with the Baggies was thwarted by a foot injury he suffered against Arsenal in January 2021, scoring one and making 21 appearances in the Premier League for Albion.

Grant proved his potential to the Baggies when his former club, Huddersfield, visited The Hawthorns in the early stages of the 2019/20 campaign, as Grant scored to put the Terriers 2-1 up in a game which finished 4-2 to the hosts.

Grant enjoyed a prolific season with the West Yorkshire outfit, finishing the 2019/20 campaign as their top-scorer and the fourth-highest in the Sky Bet Championship with 19 goals, while also providing four assists.

2019/20 also proved to be the highest scoring season of the Greenwich-born striker’s career to date.

Fine form in the Addicks' Academy ranks was rewarded with Grant’s first professional deal not long after his 17th birthday, finishing as the U18s top scorer over consecutive seasons which subsequently caught the attention of the first team staff at The Valley.

Grant made a handful of appearances for Charlton between 2014-16 and also had loan moves to Cambridge United in 2016 and Crawley Town in 2018.

Karlan excelled under the management of former Liverpool and Leeds forward Harry Kewell at Crawley, netting nine goals in 15 appearances for the Sky Bet League Two side.

Grant’s form away from his parent club was welcomed by Charlton and he enjoyed a successful first half to the 2018/19 season, scoring 14 goals and providing five assists across 28 outings in Sky Bet League One.

The consistent goalscoring displays caught the attention of then Premier League side Huddersfield Town, who secured Grant’s signature in January 2019.

Although he couldn’t save the Terriers from relegation, the England youth international made an impact with four goals and an assist in 13 appearances, which included a memorable brace during a 4-3 defeat against West Ham at the London Stadium.