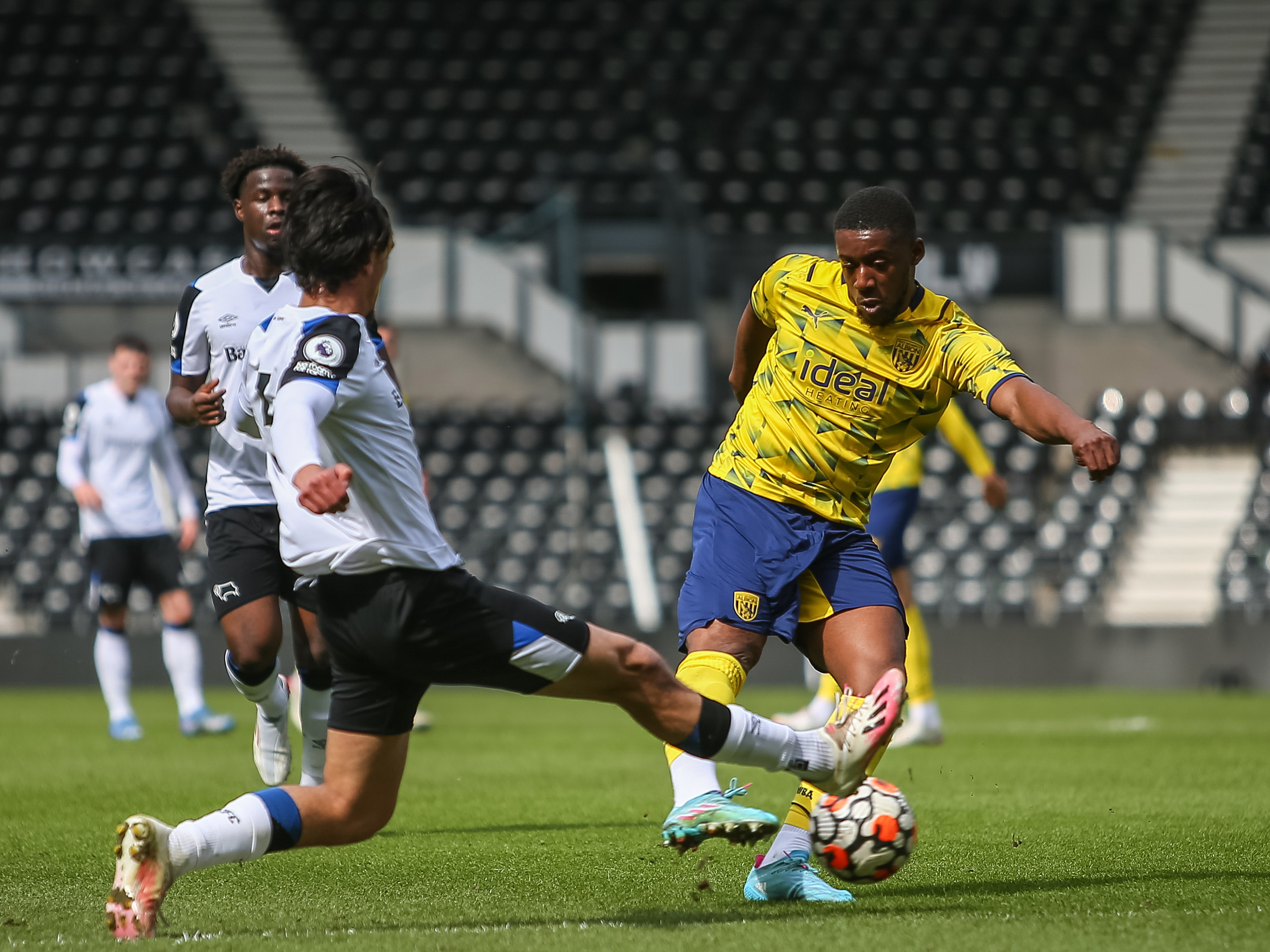 Albion’s PL2 side booked their Premier League Cup semi-final spot with a thrilling 4-3 win at Pride Park against Derby County.

First-half strikes from Jamie Andrews and Jovan Malcolm were followed up in the second 45 by a Zac Ashworth brace as Richard Beale’s men reached the final four of the competition in style.

Malcolm had the match’s maiden opportunity, but he couldn’t keep a volley from inside the penalty area down seven minutes in.

Derby responded less than 90 seconds later with Osazee Aghatise stinging the gloves of Ronnie Hollingshead from the edge of the area.

But the Rams would soon find the opener and it was Aghatise who beat the Albion No.1 midway through the first half from an almost identical position to his first attempt.

Derby threatened a quickfire second when Jack Stretton hit the side-netting from a tight angle on the right side of the box.

However, the Baggies were back on level terms inside the final ten minutes of the half. Jamie Andrews fired in a fabulous first-time effort from 20 yards having been picked out by Zac Ashworth.

Richard Beale’s men then took the lead right at the end of the first period. Malcolm created an angle for a shot from distance and his powerful drive flew beyond Rams stopper Harry Evans into the bottom corner.

But despite the late goal, Albion were unable to hold onto their advantage and the hosts equalised through Louie Watson’s fierce attempt from just outside the box.

Derby were awarded a penalty in the 58th minute when Zac Ashworth was penalised for tripping substitute Joshua Shonibare, but Stretton’s strike struck the crossbar and bounced clear of danger.

Ashworth’s frustration would quickly turn to joy though as he scored twice in three minutes to put Albion 4-2 up.

His first was precise finish on the left side of the box which arrowed into the far corner, before doubling his tally for the afternoon by tapping in on the goal line after Mo Faal’s towering header had come back off the bar with Evans on the floor.

Derby pulled one back with just over ten minutes remaining when Louie Sibley’s left-footed attempt found the bottom corner, but it proved to be little more than a consolation as the young Baggies hung on to seal a semi-final date.

With thanks to GEvans Photography for the images.