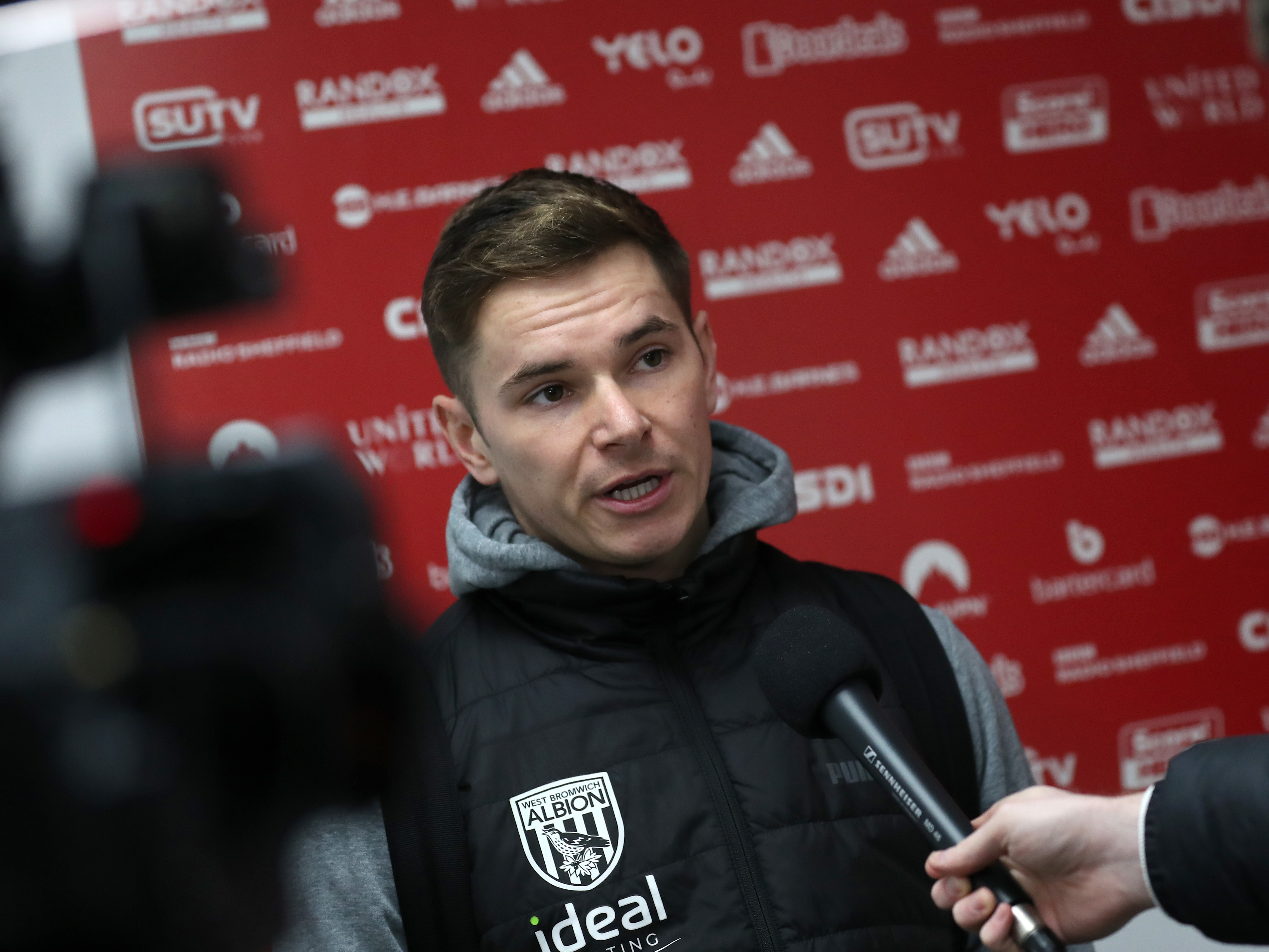 Conor Townsend insists Albion must take confidence from the promising start they made at Sheffield United into their upcoming fixtures.

The Baggies were the better team in the opening stages of Wednesday night’s Sky Bet Championship clash at Bramall Lane, but Billy Sharp’s strike and a red card shown to skipper Jake Livermore helped swing the game in the Blades’ favour.

Townsend accepts results need to improve sooner rather than later, but stressed the players believe they are capable of getting back to winning games regularly.

He said: “It’s disappointing to have lost the game. I thought we started really well.

“We were the better team up until the red card in my opinion. It’s obviously changed the game.

“We’re disappointed with it. In my opinion I don’t think there’s much difference between Jake’s tackle and the tackle that went in on Grady earlier on.

“There wasn’t even a foul given for that and it seems like nothing is going our way at the moment.

“I don’t think we’ve had a major decision go our way for a long time.

“Saying that, the lads stuck at it and worked hard. We frustrated them with ten men.

“It was difficult, especially with them being 1-0 up. They are on a really good run and they play good football.

“We had a couple of chances and a few shots from range in the second half but unfortunately the goal didn’t come for us.

“The second goal killed the game.

“There were positives to take from it and we have to take those into Monday’s game with Blackburn now.

“The new manager coming in has given the lads a bounce and I think you could see that in the early stages of the game on Wednesday night. We were passing it around confidently and we caused them a few problems by creating a few chances.

“We have to take that positive first 35/40 minutes into Monday.

“We’re working really hard to try and turn the tide because nobody is happy about the run we are on right now.

“It’s very tight in the top half of the league. We can’t look at the table. We need to focus on winning games. That will give us confidence and there’s still plenty of games left to play.

“Don’t be writing us off yet. We’re confident we can turn it around.”