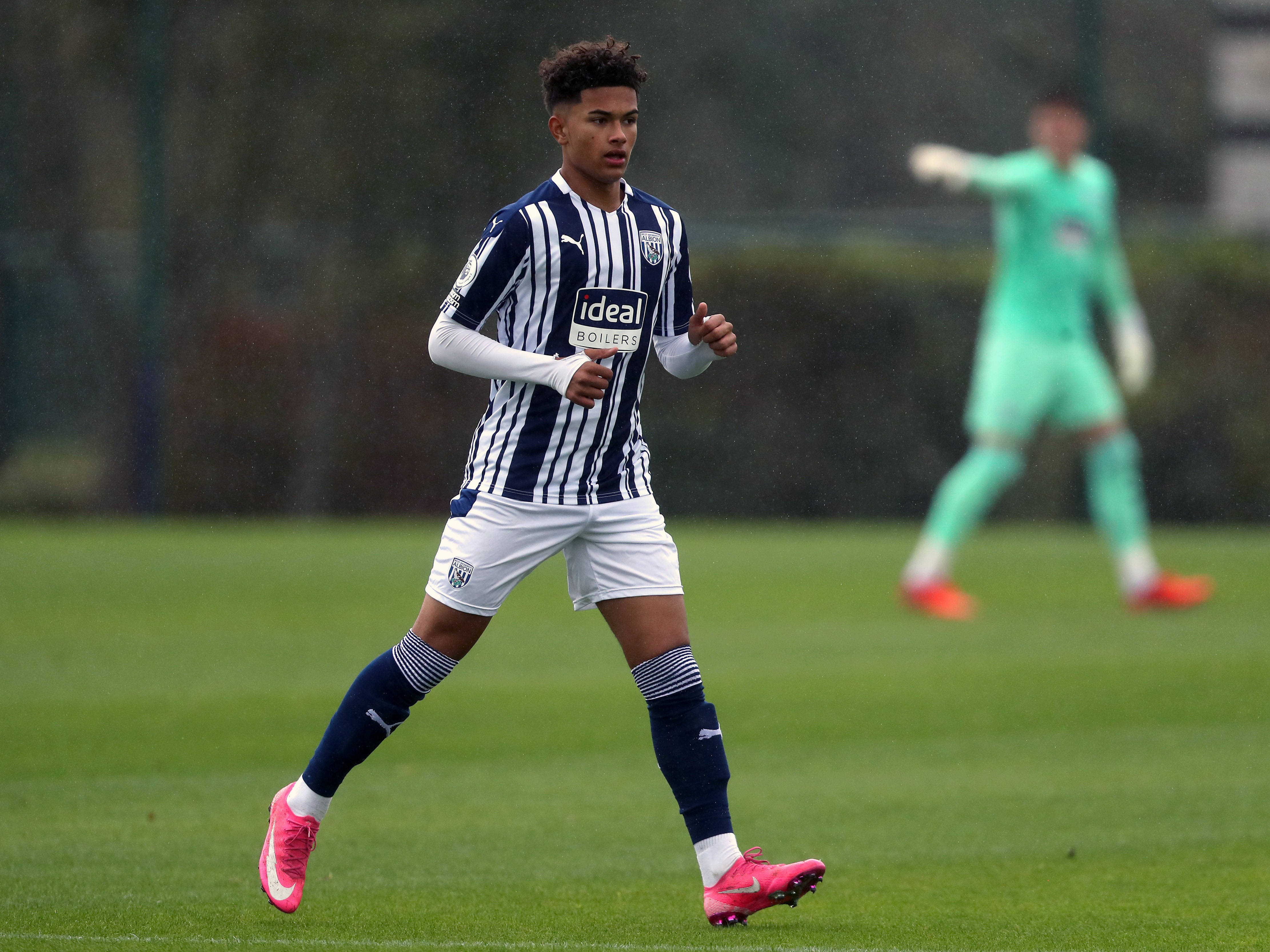 Finley Thorndike says Albion will be determined to turn their form around when they take on local rivals Aston Villa on Friday evening (ko 7pm).

Deon Burton’s PL2 side suffered consecutive defeats during their final matches of 2020 against Wolverhampton Wanderers [4-2] and Stoke City [4-3].

Thorndike made his return to action against Wolves in December after recovering from a hamstring problem which ruled him out for the best part of a month.

And after netting twice following his introduction off the bench against Stoke in the final game of 2020, the 18-year-old attacker is targeting more goals as he hopes to help the young Baggies return to winning ways in their first game of the new year.

“Last year’s gone, so hopefully we can get back on track now,” said Thorndike.

“Considering I had nearly a month off with my hamstring, I think the guys have just been trying to ease me back in and even though that has still been a bit frustrating, there was a good reason behind it.

“We started off the season well with a win against Swindon, then Villa, a draw against Palace and then we carried on in that vein for a while before suffering a little dip.

“The Stoke game could’ve been a lot different and we were disappointed to have lost against Wolves, so it was a frustrating end to the year. But I was pleased to get two goals off the bench against Stoke.

“I love scoring goals so hopefully I can get a few more this season to get a run of goals going and, hopefully, match that with a win in our next game.

“We’ve lost two on the bounce and it’s just about getting out of that rut and making sure we get a result as quickly as possible. But we’re confident in our ability, so hopefully we can get the win over them.”