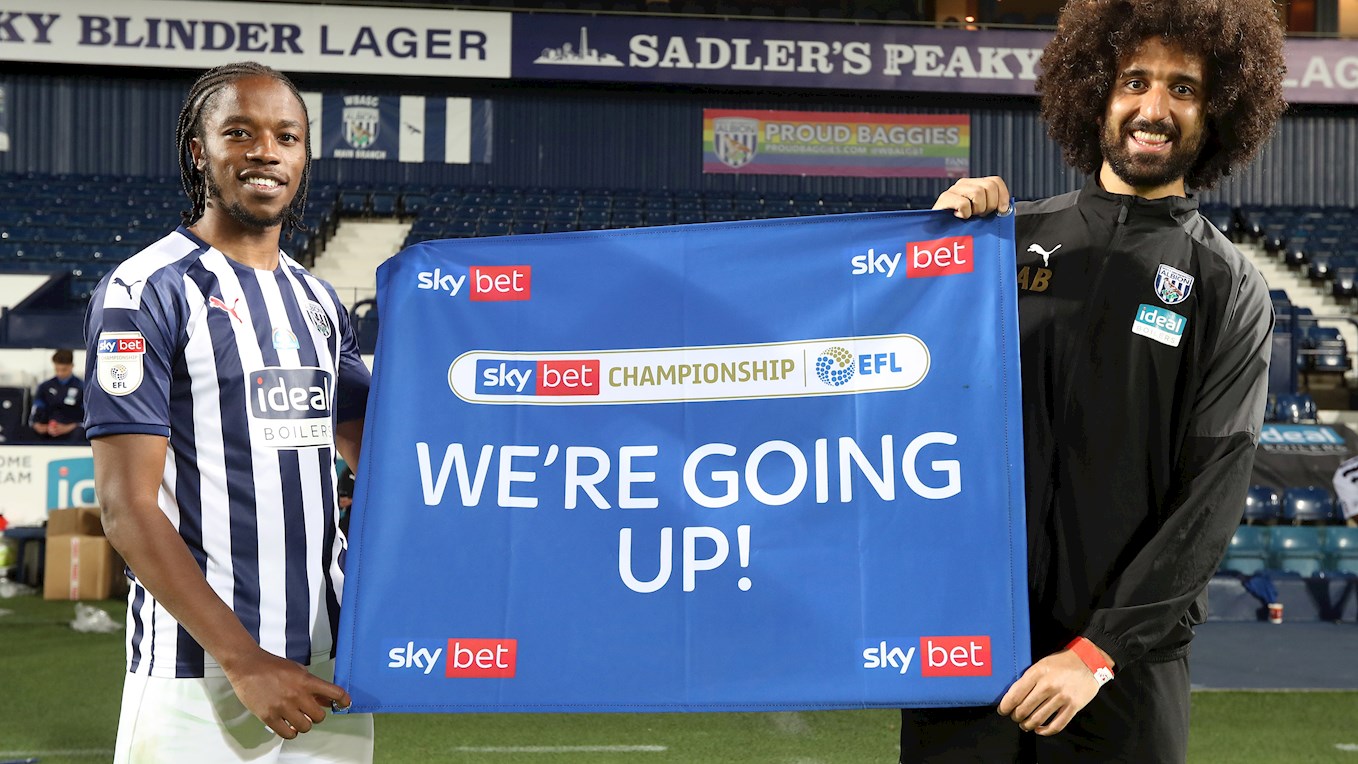 Romaine Sawyers has avoided the champagne celebrations and opted for quiet reflection as he begins preparing for Premier League football.

Albion’s “homeboy” came back to The Hawthorns last year with the specific ambition of tasting promotion with the club of his childhood.

But while his team-mates enjoyed a noisy celebration of last week’s final and triumphant chapter, Romaine opted for a quieter salute to our return to the Premier League.

“I have just spent time with my family,” says the midfielder, a former Academy graduate whose senior career developed at Walsall and Brentford before he was recruited for last season’s challenge.

“I’m not a drinker, big celebrations don’t really excite me.I’ve just spent my time speaking to people who are closest to me, those that are in my heart and who have been on this journey with me.

“I have thanked them for what they have done.In terms of an individual celebration, I have felt exhausted mentally. I have just been trying to get back to a relaxed state of mind.”

The top two finish did complete the mission Romaine set for himself when he signed from Brentford a week before the season began.

He was, ironically, inspired by watching Jack Grealish celebrate with Aston Villa after their Wembley Play-Off Final win following Albion’s deep disappointment in missing out in the semi-finals against our neighbours and rivals.

“I watched the Play-Offs last year with West Brom being involved and I could just imagine how much it meant to him,” said Romaine.

“And when I came back that was always at the forefront of my mind - imagine the feeling if we do it, imagine if I go up with West Brom.

“I think in football when you achieve something with your club it hits you differently.It’s hit me and my family in a way that is really hard to describe.

“The word doesn’t do it justice but it’s a phenomenal feeling. To feel like I was part of it, to go down in history.

He is also relieved that the financial rewards of reaching the Premier League are so valuable to the Club’s future plans.

Carrying the pressure of Albion’s general well-being during an extraordinary period for football was no easy task for the players.

“It’s so much bigger than a game of football and promotion,” Romaine added. “It’s life-changing for us as players and people who work for the club.

“That is what can really motivate you.Of course, as players you want to play in the Premier League.

“But changing people’s lives, that’s what really makes it special.

“There are members of staff who are just as important but aren’t as fortunate as we are.That is where pressure really stems from.”