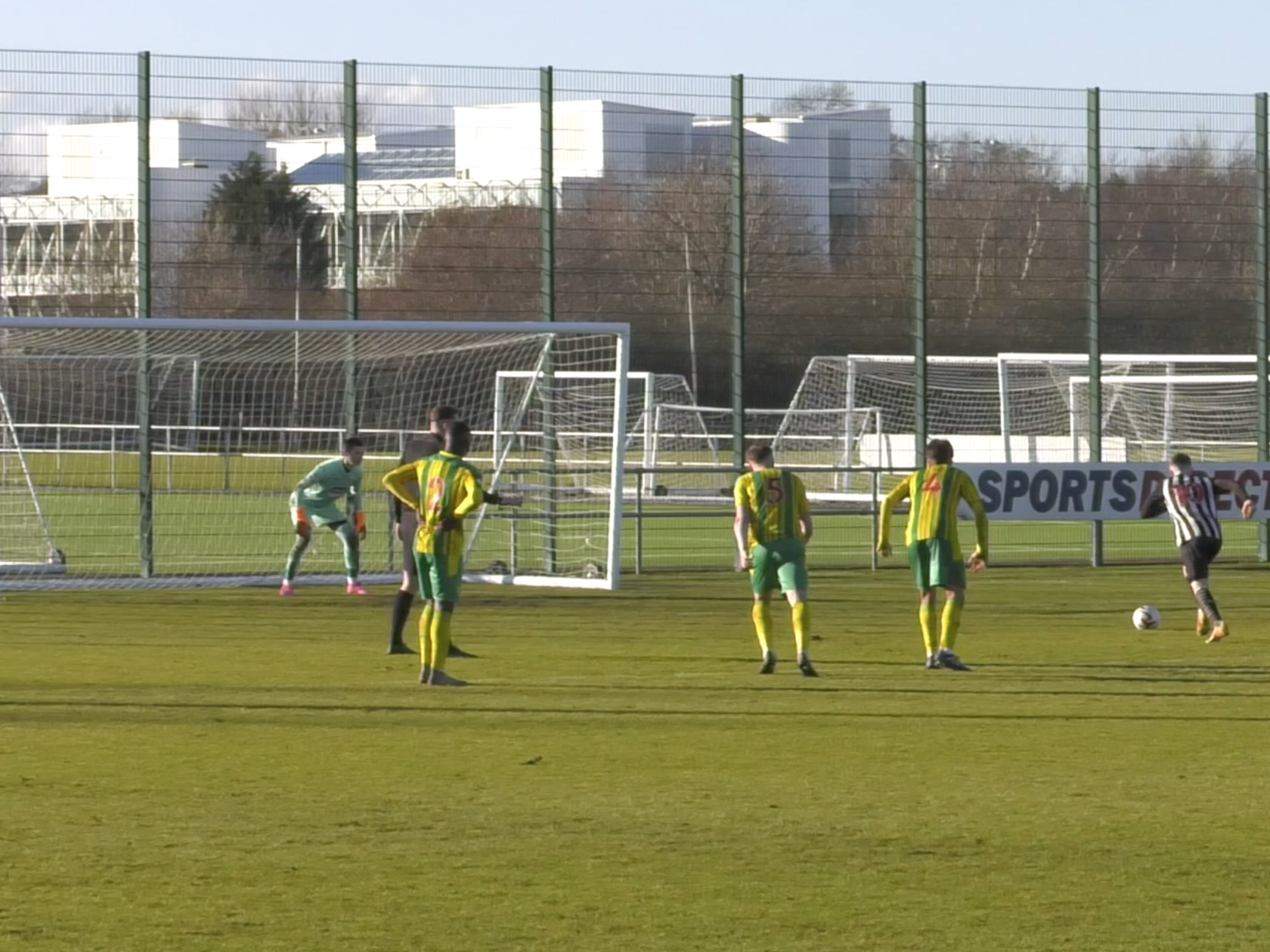 Albion’s PL2 side were edged out by Newcastle in an entertaining five-goal game at the Newcastle United Academy on Monday afternoon.

First-half goals from Tom Allan, Elliot Anderson and Stan Flaherty put the hosts in a strong position at the break.

But a tenacious performance from the Baggies in the second half saw them push their opponents to the very end after Jamie Soule and Toby King scored in quick succession.

And although Albion were dominant until the final whistle, they couldn’t capitalise on their pressure as the Magpies held out for the win.

Newcastle started the game brightly and failed to take advantage of two gilt-edged chances in the opening stages, with Anderson and Allan struggling to stay on their feet in front of goal and as a result, poking good chances wide of the mark.

But Albion did threaten the home side’s resistance as Soule and Owen Windsor forced Magpies stopper Will Brown into action.

However, it was the hosts who struck first as forward Allan was on hand to poke home a goal-mouth scramble and soon doubled their lead 12 minutes later.

Anderson got behind the Baggies defence before firing a powerful effort past keeper Maksymilian Boruc and Flaherty gave Newcastle breathing space going in at the interval, as he netted to extend their lead to 3-0.

Albion set the tone for the second half early on; pressing, forcing decisions from their opponents and Windsor very nearly scored minutes after the half began - rattling the crossbar with a superb header.

But they could've been further behind when young full-back Lino Da Sousa's late challenge compelled the referee to award the Magpies a penalty. However, a brilliant save from Boruc denied Anderson a second as Albion pushed on.

And Windsor’s effort proved to be a sign of things to come as the Baggies got a goal back after Soule pulled away from his marker to guide a terrific header over Brown in the Newcastle goal.

Five minutes later, Albion forced the issue further as midfielder King raced onto a loose ball before firing a fierce shot over the keeper to make it 3-2, as Deon Burton’s side maintained their pursuit of an equaliser.

Both sides ended the game with 10 men after Soule received a red card, and Magpies midfielder Florent Indalecio was dismissed for a second bookable offence.

King came inches away from securing a hard-fought point for the Baggies, but his curling effort from the edge of the box deflected just past the post as Albion left the North East empty-handed.