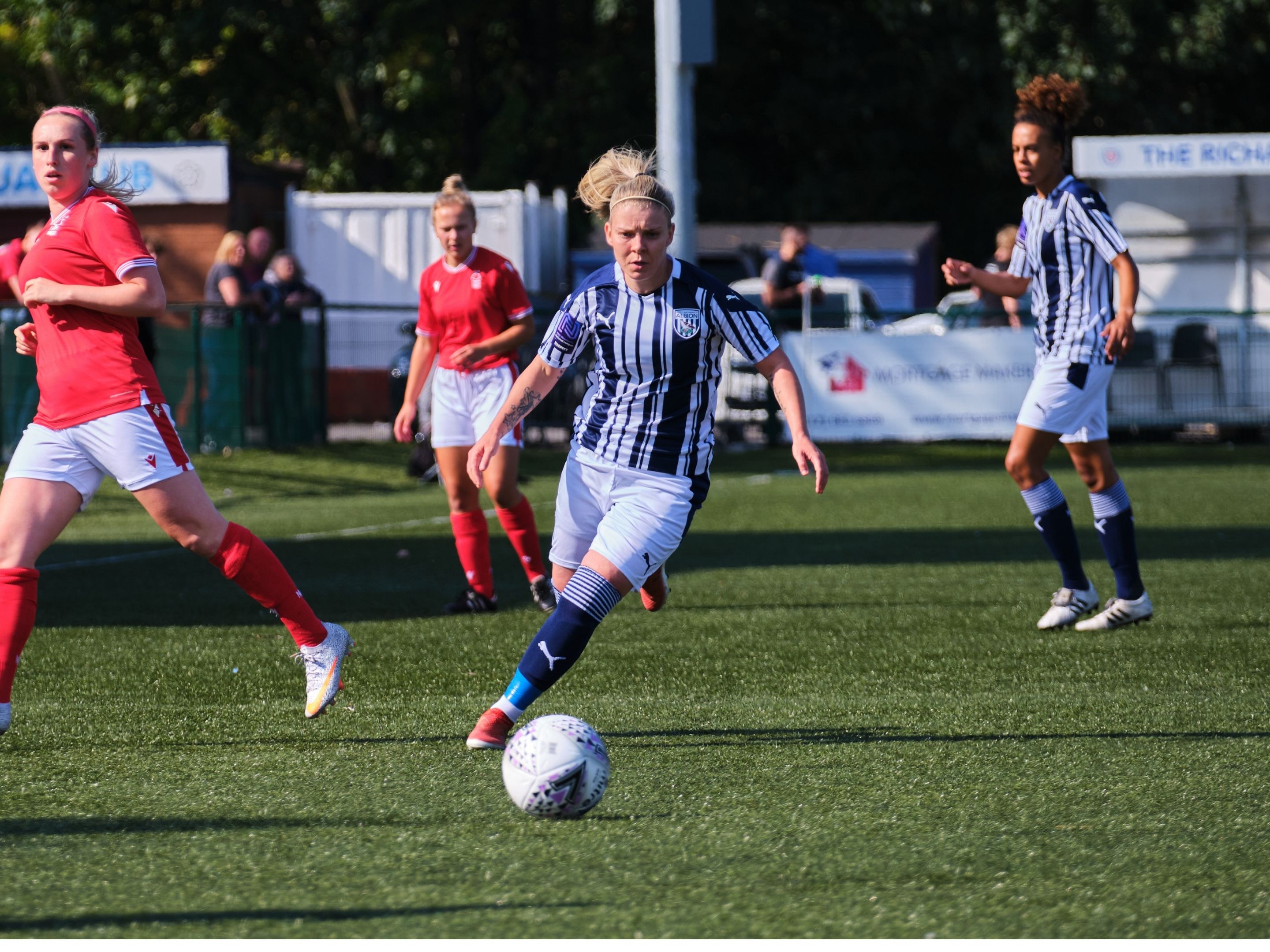 Albion Women went top of the FA Women's National League Northern Premier with an impressive away win at Loughborough Foxes.

The game started evenly but Albion had the better of the chances in the opening stages with Keeley Davies and Natalie Murray both having efforts from range.

The visitors took the lead in the 12th minute when Murray turned provider as she crossed from the right with Orthodoxou heading home inside the six yard box to give Albion the early advantage.

On 40 minutes Poppy Bastock was forced into her first piece of action in the Baggies' goal, she parried Lauren Nicholls shot wide of the post before Albion broke downfield but Dugmore's effort went wide of the host's post.

Albion started the second period well, Keeley Davies had a penalty shout before Arber found the net, only to be adjudged offside by the official.

But it was on 58 minutes that Albion doubled their advantage. Davies broke free down the left before she was upended by 'keeper Holly Mayfield, the result a penalty to the Baggies.

Dugmore stepped up and comprehensively converted from the spot to score her third in three games this season.

Arber came close on a couple of occasions before she finally found the net for good in added time, tapping in from another Murray cross who picked up her second assist of the night.

The score finished at three with Albion's defence picking up their second consecutive clean sheet, with new signing Grace Riglar completing 90 minutes in the back line on the day she signed on loan from Leicester City.

Albion face another away trip next when they travel to Derby County Women on Sunday, October 4 in a 2pm kick off.