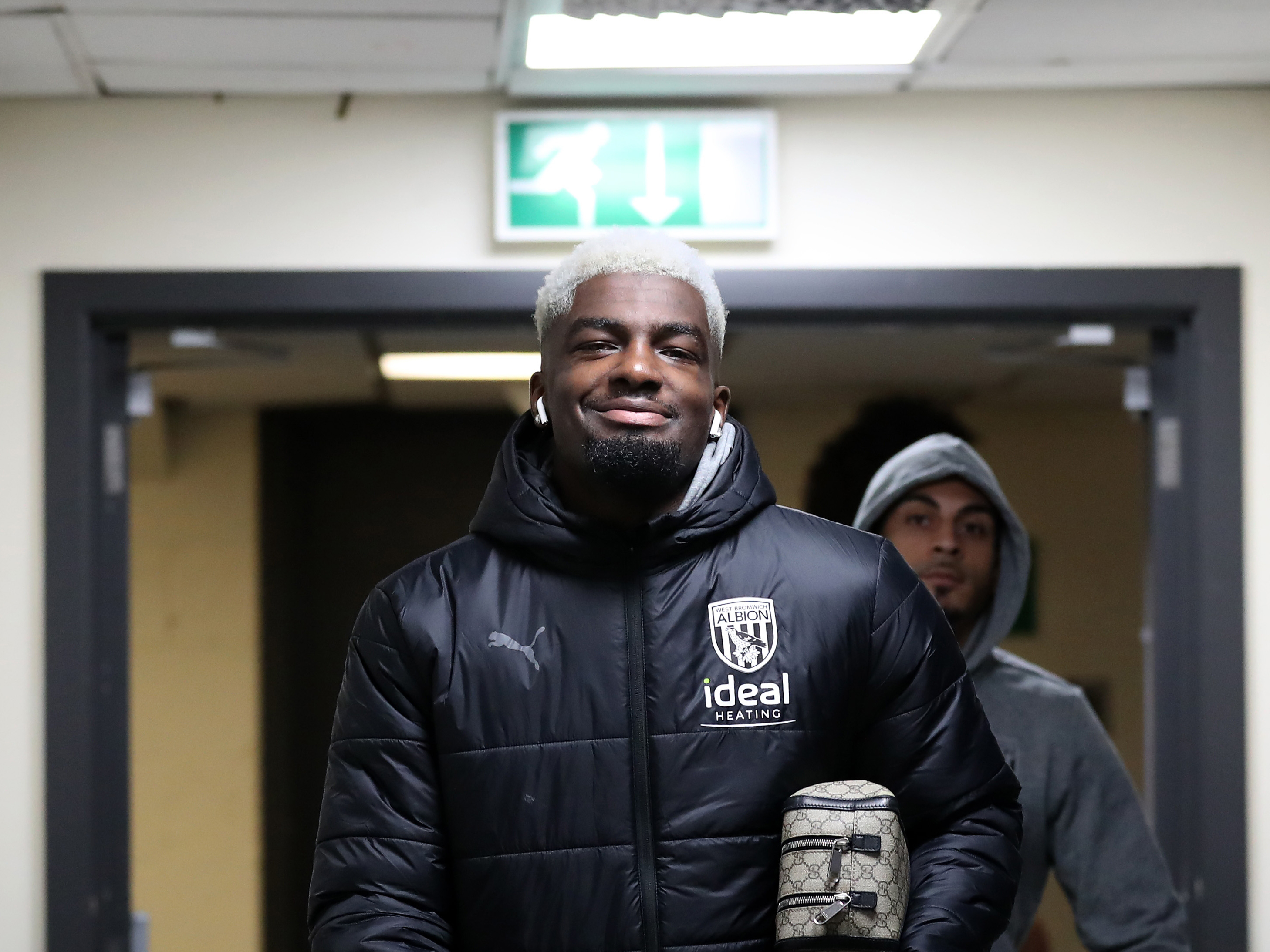 Cedric Kipre believes important “lessons” he had to learn away from the Albion starting XI has helped him take his chance under Valérien Ismaël this term.

The Frenchman, who turns 25 today, has been through a mixed period at The Hawthorns since signing in July 2020.

After only featuring in cup competitions for the Baggies last term, Kipre spent the second half of the 2020/21 campaign on loan at Belgium Pro League outfit Royal Charleroi.

But having forced his way into Albion's line-up this season, the towering defender is keen to continue repaying the faith which fellow countryman and boss Ismaël has shown in him as Reading come to town on Saturday.

“It feels really good to be back on the pitch,” said Cedric.

“I’ve been waiting a long time to be playing week in, week out and as a footballer you can only be happy by playing football - which is what I’m doing at the moment, so I’m really happy.

“Last season when I first came in it was really tough because when you sign for a new club you expect to play. I went on loan to be happy again, to be playing football again. When I came back I obviously wanted to play, and it’s been tough as well but I’m happy to be back in the team now.

“I’ve been working hard and I think the fact that being patient while sitting on the bench and watching other people has helped me to grow a lot as a player.

“When you’re not on the pitch you can see a lot more. Everything has been a lesson and even being on the bench last season and watching the best players in the country play was still a dream for me to be watching them from so close. I’ve learned a lot from that.

“The manager speaking French has been good for me because we can speak all the time about everything. He’s really open as well and from the first day he came in he said he was counting on me for this season, which was good to hear and he’s great to have as a manager.”

Cedric slotted seamlessly into the back three Albion’s Head Coach has implemented since his arrival, and the Paris Saint Germain youth product says the current system also allows him to show other aspects of his game when in possession.

Kipre continued: “I think it’s more intense, but I’ve played in a back three before when I was in Scotland.

“Still, it’s a lot more intense with the manager and I like the system a lot because it means I can show other qualities as well.

“I’ve always had long passing in my locker, but playing in the position I am has allowed me to, as I mentioned, show those qualities stepping up with the ball.

“I’m really calm off the pitch, but not all managers like that in a player. When I was growing up a few managers tried to change that part of me, but that’s who I am.

“I’m always thinking about the team, and the results recently haven’t all been good but at the same time we haven’t lost many games. We need to get more wins, though, if we want to get back to the Premier League.”

And Kipre added the club’s “amazing” fans will be pivotal once again this weekend, as they look to extend their unbeaten league run in B71 against the Royals.

“The past few games we felt we could have won, but just couldn’t score the goals we needed.

“Winning against Coventry was a big relief and I think it gave us all a big boost for the next game.

“We know we can score goals and we’ll try and show that again on Saturday.

“The supporters have been amazing this season and we haven’t lost at home because of them.

“We feel super confident at home and we know every time we step out on the pitch that the fans will be behind us - and if we have that then nothing can stop us.

“I get feedback from my family about what people are saying and it's only good things.

“When I first started my professional career I had blonde hair and everyone has been saying it’s my good luck thing so I had to do it again. So I’ve done it again now and I hope it keeps giving me and the team luck going forward.”