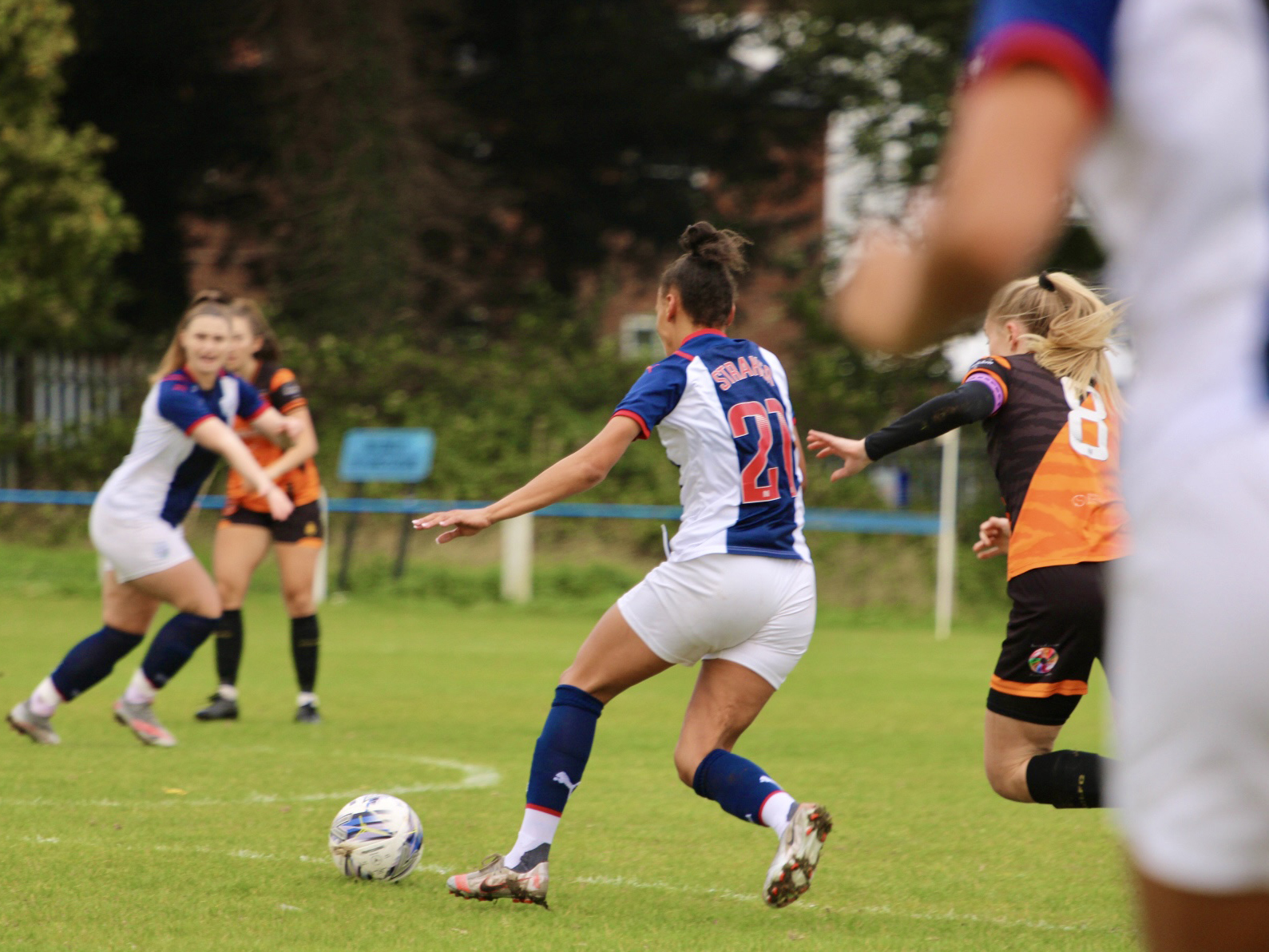 Head Coach Jenny Sugarman made three changes to the team that were beaten by Huddersfield Town last weekend. Emily Owen and Emma Congrave came back into the starting eleven and new signing Rosie Embley was brought in for her first start of the season.

It took just three minutes for Albion to create the first opening. Shannon Stamps hit the ball on the half-volley but her strike flew agonisingly wide of the upright. Jannelle Straker followed up with another opportunity soon after, though her shot went off-target.

The Baggies piled on the pressure in midfield until a breakaway from the hosts forced a fine close-range reflex stop out of Poppy Bastock. It was a scare that arrived in the middle of two great chances for debutant Embley, however she couldn’t quite convert either of her efforts.

On the half-hour mark the hosts then hit the woodwork. Rachael Ackroyd played through Emily Smith, who turned her marker in the box but saw her drive hit the post.

After the break Albion came out and pushed hard for the opener. Congrave, Straker, Owen and substitute Trina Greaves all had chances yet the Hull City No.1, Abi Wallace, made a string of fine saves to keep Albion at bay.

Holly Beck-Esson was brought on and was soon one-on-one, but a last-ditch tackle stopped her from getting a shot away.

The Tigresses had very few chances in the second half; Anna Bowman's high effort the closest they got to troubling Bastock.

Albion continued to push in the final ten minutes. Despite attempts from Beck-Esson and Embley, they were unable to find a way through and had to settle for a point.

Speaking after the game Rosie Embley said: “We had plenty of chances to win the game, but we just lacked that quality at times. Poppy made some great saves at the other end.

“We’re disappointed we haven’t taken all three points, but we know that we need to work hard to make that right in the coming weeks.”

Albion will be back on the road next Sunday, away at Derby County.