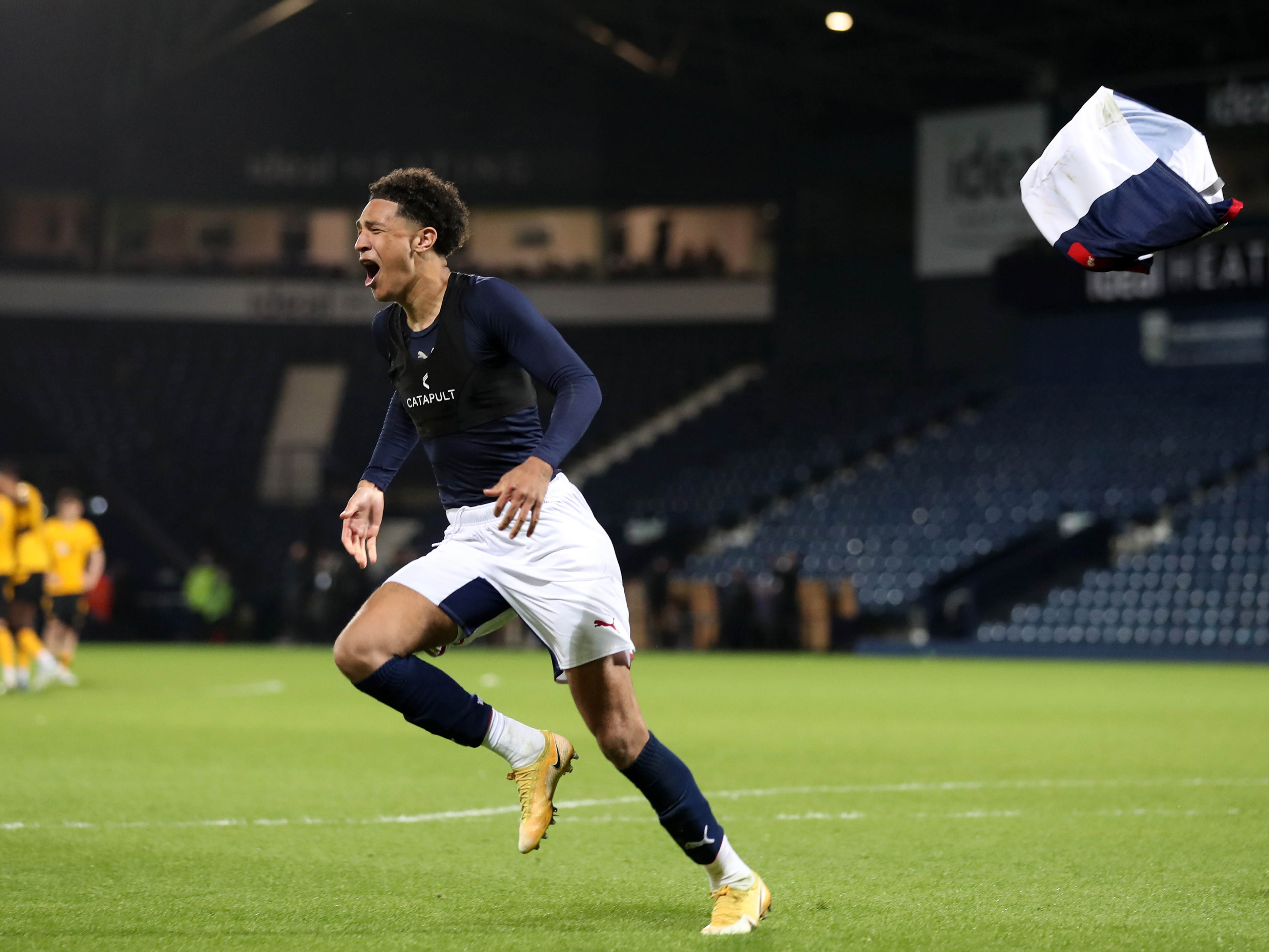 Watch free-to-view highlights as Albion's youngsters lifted the PL Cup after defeating their Black Country rivals in B71.

Albion’s youngsters made history by beating Wolves on penalties at The Hawthorns following a pulsating 2-2 draw.

The sides exchanged blows throughout an entertaining two hours of football. In an end-to-end first half, Quevin Castro put the Baggies in front before Lee Harkin equalised for Wolves.

An atmospheric crowd of more than 7,000 had to wait until extra time for further goals – Wolves’ Hugo Bueno netting ahead of Mo Faal’s spectacular leveller – meaning it would be decided from 12-yards.

Albion’s youngsters made a flying start when, inside the opening 10 minutes, Tom Fellows’ fantastic run and cross set up Castro to convert from close-range via a heavy deflection – sending the noisy 5,500 Baggies fans wild.

However, the visitors hit back on the half-hour mark through Harkin’s header, ensuring an exciting contest was level at the break.

A tighter affair ensued during the second period, with Richard Beale introducing attackers Rico Richards and Jovan Malcolm to try and turn the tide Albion’s way.

Yet Wolves had the best chance to grab a late goal. Dexter Lembikisa found space in the box in stoppage time, but Ted Cann pulled off an impressive save and sent the game to another 30 minutes.

The hosts fell behind midway through the first period of extra time - Bueno’s mazy run and strike giving them the advantage.

Albion came roaring back, though, and made it 2-2 in the 109th minute thanks to an acrobatic Mo Faal effort.

Neither side managed a third so it went all the way to penalties. The spot-kicks went to sudden death, with Christian Marques missing a vital strike for Wolves, leaving Ethan Ingram the opportunity to win it.

He confidently stepped up and rolled the ball into the corner to crown a triumphant and memorable night for West Bromwich Albion.