Griffiths keen to ‘push on’ during Lincoln loan 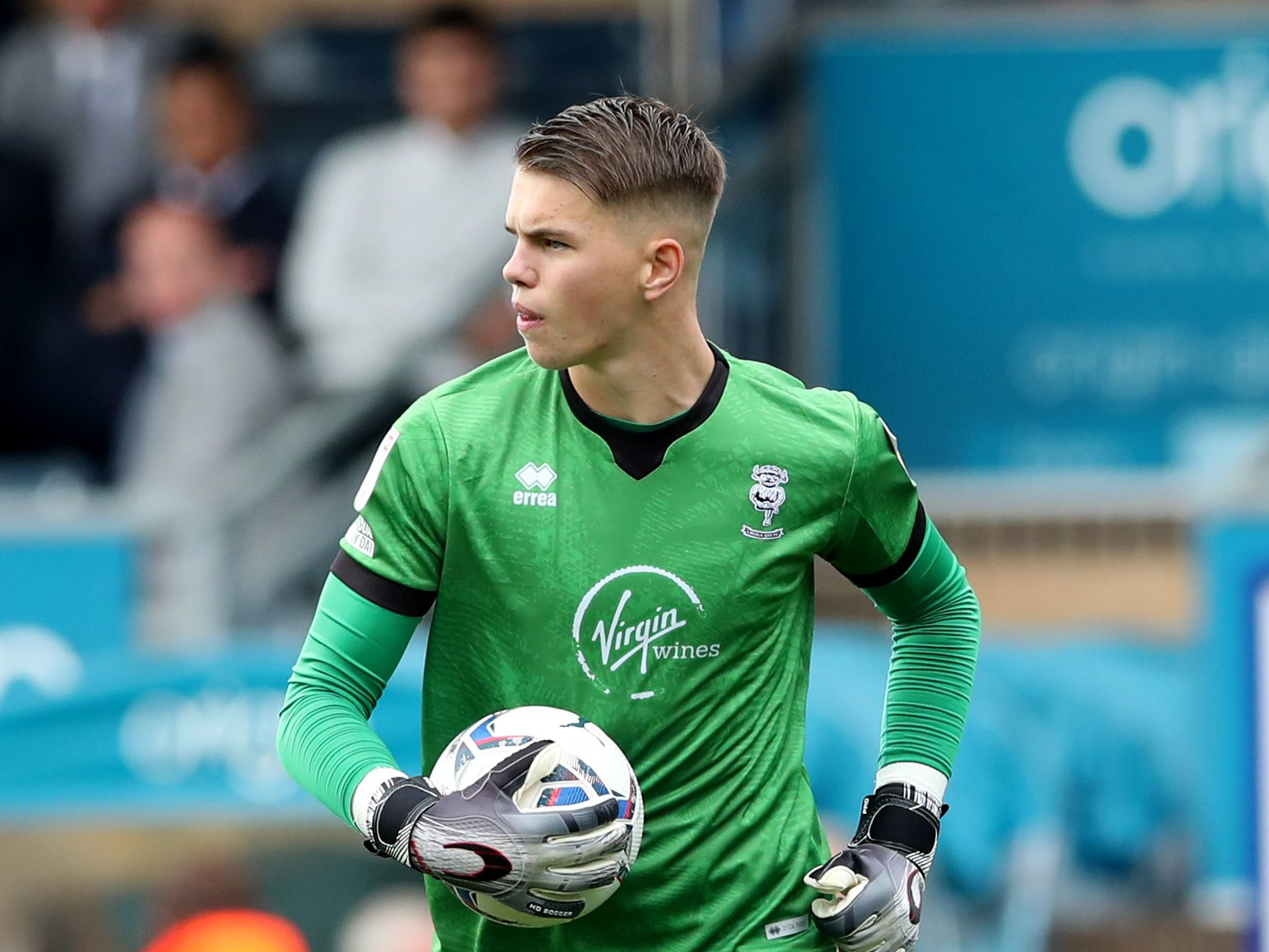 Josh Griffiths believes he is thriving off the “faith” placed in him at Lincoln City, having nailed down a starting berth at his loan side since the start of the season.

The Baggies stopper moved to the Sky Bet League One outfit on a season-long-loan in July, off the back of a successful promotion-winning campaign from England’s fourth tier with Cheltenham Town.

Griffiths was one of Town’s star performers last term, keeping an impressive 21 clean sheets from 44 appearances which also helped earn him a first call-up to the England Under-21s side.

Albion’s academy graduate joined up with the Young Lions once again back in August, and having adapted to a higher standard of football with the Imps this year, the 20-year-old is aiming to push the limits once again as he targets another successful campaign of league football.

Griffiths said: “On a personal note, I think I’ve got a lot better as the season’s gone on and I just want to keep playing and pushing on so that when I’m called upon, I’m ready to deliver.

“We’ve had a tough start to the season, but everyone’s working hard to make sure we win more games consistently.

“It’s an honour to have been given the No.1 spot again after having it last season at Cheltenham too. But they’ve placed huge faith in me which I appreciate and last year I repaid that, and it’ll be my plan to do the same again this year as well.

“There’s some massive clubs and big budgets in League One, but with a few more games and a few more weeks we’ll compete with those calibre of teams more and more.

“It’s been a big step up at Lincoln from League Two last season, and it’s allowed me to test myself against some big teams.

“I’ve been at Albion since I was 10, so I’d love to come all the way through and hopefully be West Brom’s No.1 some day. But I’ve got to work towards that every day and set small goals for myself game-by-game and hopefully, going forward, that way will help me achieve my aims.

“It’s good that the goalkeeper coaches at Lincoln and West Brom are talking and get along really well. I’ve seen a few of the West Brom lads and trained with them a bit in-between, so it’s been good to see familiar faces again.

“It’s always a huge honour to represent England, but another goal I have is to get my first cap with the Under-21s. Every goalkeeper’s dream is to play for the seniors as Sam Johnstone has done, and I look up to him and the other keepers at West Brom and want to try and follow in their footsteps.

“I want to help the team do well again. They had a great season last year and hopefully if we start picking up form, you never know where we might end up. I just want to keep making more big saves to keep us in matches going forward, but also focus on making sure my distribution is bang on. The gaffer at West Brom is looking at starting positions, playing high and putting long balls over the top so I’m thinking about that as well.

“Some teams see a young goalkeeper and may try and target me for that, but it’s important I remain confident when coming off my line and keep on trying to affect things as best I can this year.”