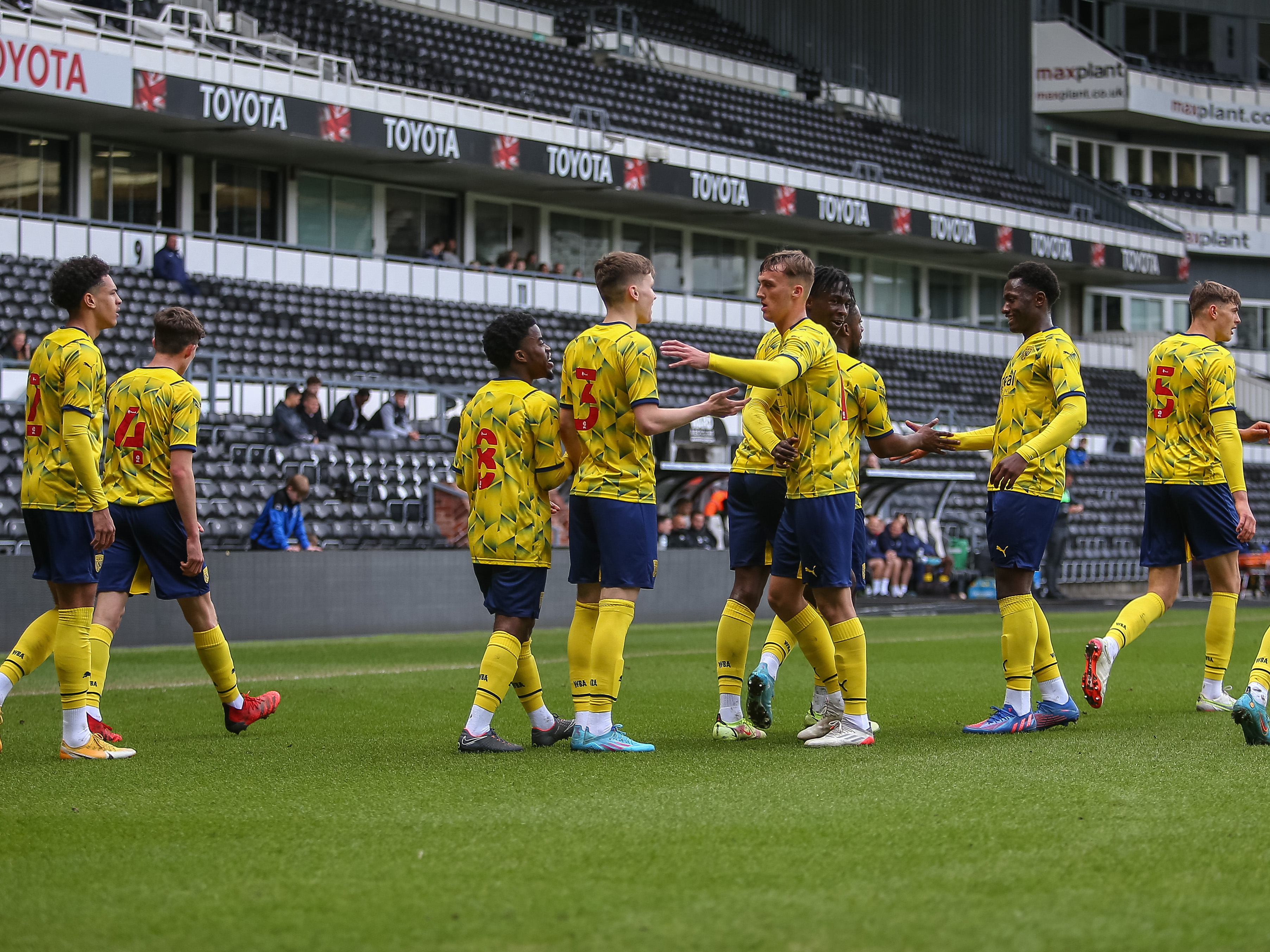 Albion’s Premier League Cup semi-final tie against Fulham will be played on Tuesday, May 3 at The Hawthorns (ko 7pm).

Richard Beale’s men overcame PL2 Division 1 outfit Derby County 4-3 in a thrilling quarter-final at Pride Park to book their place in the last four of the competition.

The young Baggies have enjoyed several high-scoring games in the tournament thus far, including the triumph against the Rams as well as a 4-2 victory over Queens Park Rangers in the Round of 16. Albion also netted 18 goals in their six Group A matches, a group they topped.

A large bulk of the club’s current Under-23s enjoyed similar cup success to this season’s last term, reaching the semi-finals of the FA Youth Cup under the guidance of U18s boss Peter Gilbert.

And after missing out on a coveted final during their time as second-year scholars, Albion’s youngsters will be determined to defeat the Cottagers in B71 and play in the competition's showpiece event.

Ticket details, as well as alternative ways to follow the tie, will be announced at the earliest possible opportunity.