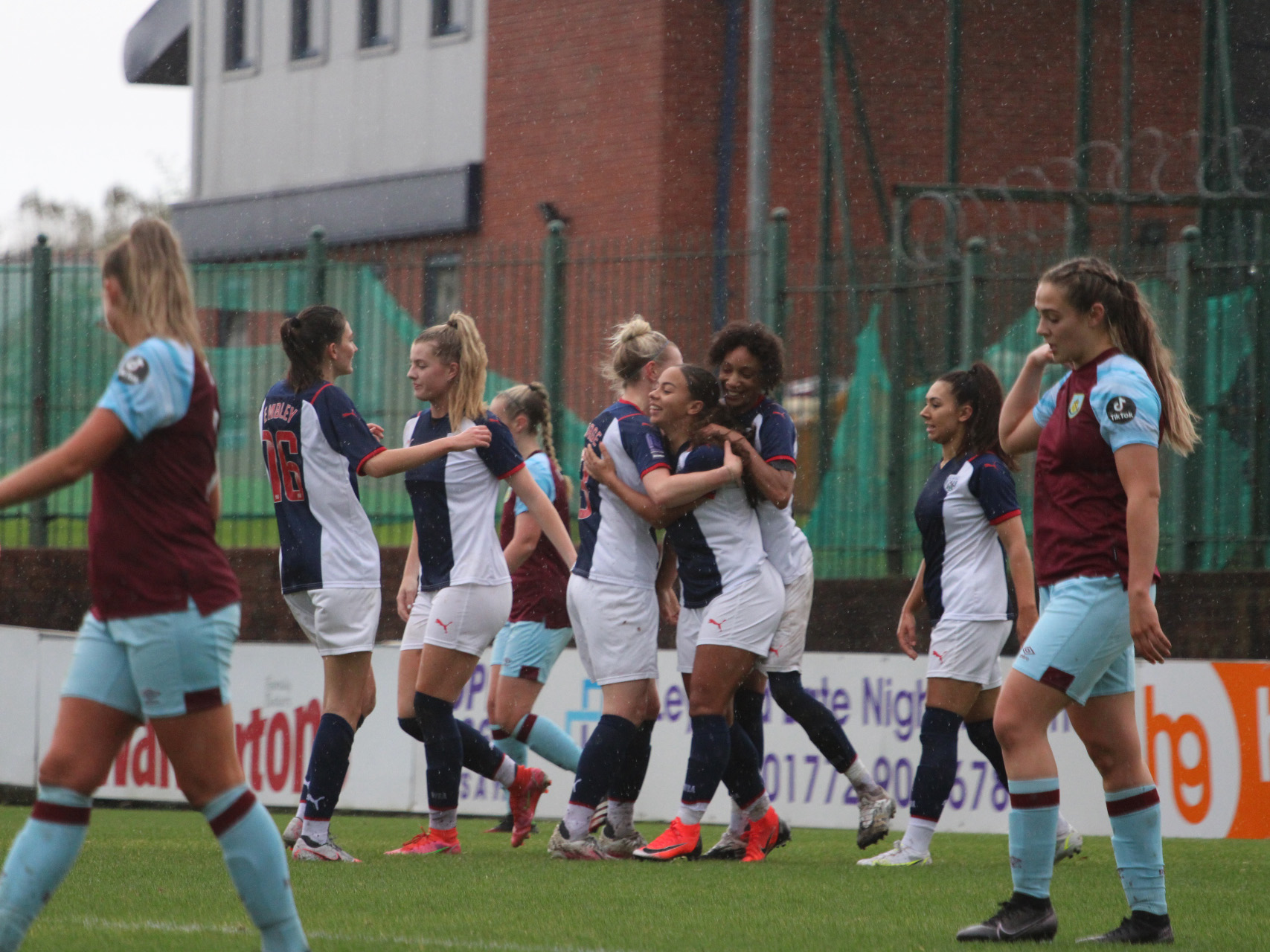 Albion Women secured their first away win of the season on Sunday with a thrilling 4-3 triumph at Burnley.

Following a quiet start to the game it was the Baggies who created the first chance. Evie Gallop raced away down the left and crossed the ball towards Shannon Stamps, but her shot flew over.

However, Albion's next attack saw them edge in front thanks to Ashlee Brown – the defender’s superb effort finding the top corner.

Burnley were quick to respond – hitting the post before winning, and converting, a penalty during frantic five-minute spell.

The hosts then went ahead immediately after the break, Katie Thomas slotting home to turn the game on its head.

Albion fought back, though, and quickly levelled things up. New signing Kerry Walklett did brilliantly to keep a good move alive in the corner, going on to pick Stamps out to drill the visitors back on terms.

This was the start of a spell which saw Albion dominate the game and create some excellent opportunities. Burnley’s goalkeeper made a great save to deny Gallop, but there was nothing she could do to stop Hannah George’s free-kick from giving the Baggies the lead.

A decent penalty shout was turned down as Stamps looked to have been fouled inside the area, yet Albion continued to push and found their fourth goal of the afternoon when Leigh Dugmore fed Janelle Straker to convert comfortably.

Despite Burnley’s late consolation goal it was Albion who secured the three points, much to the delight of Head Coach Jenny Sugarman.

“I’m delighted with the performance,” she said. “Not only the result but the resilience to pick ourselves up after going 2-1 down, the mentality was brilliant and the girls thoroughly deserved the win.”