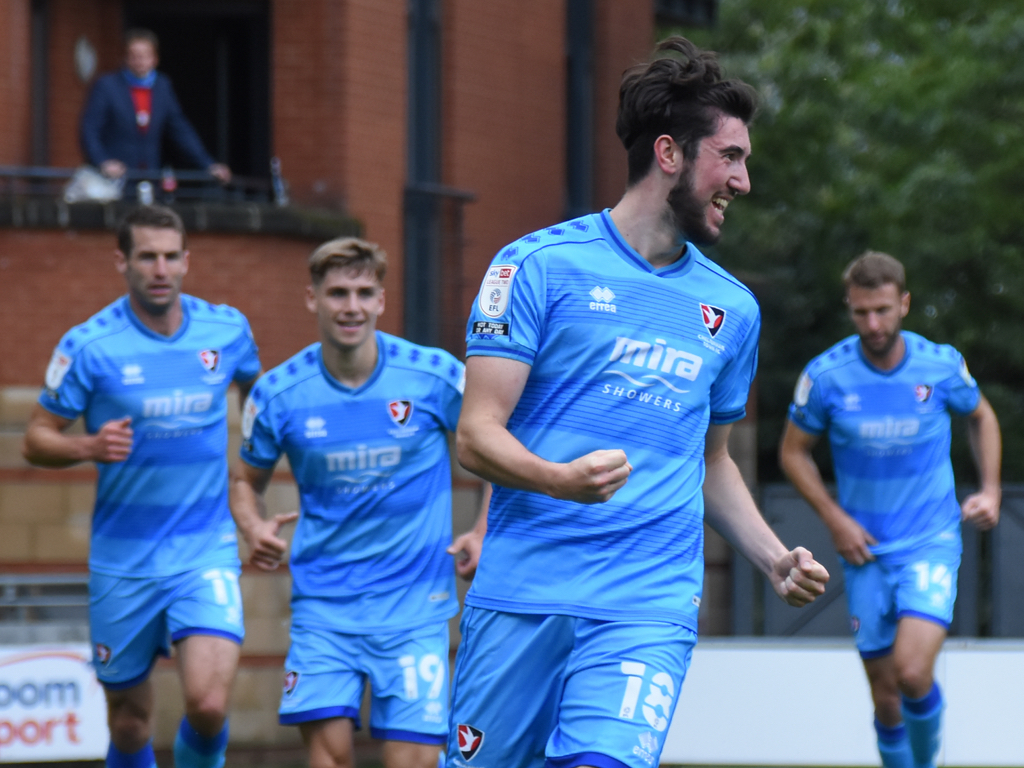 Albion youngster Finn Azaz is reaping the benefits of a more attacking role since joining Cheltenham Town on loan in the summer.

The midfielder has played an important part as an attacking-midfielder for the Robins during the opening stages of the season, netting two goals and providing one assist in six appearances.

Azaz recently netted the winning goal in a 2-0 victory against Leyton Orient, helping the Gloucestershire outfit into eighth place and just four points off top spot with a game in hand.

Despite being used to seeing a lot of the ball in matches, the 20-year-old has enjoyed adapting his movement off the ball in the final third and is looking to continue taking advantage of the freedom being afforded to him in games.

“It’s been a good opportunity for me and I’ve continued to work hard and cement my place as best as I can,” said Azaz.

“One of the main things I’ve had to adapt to is movement off the ball. I’m not the dictator on the ball but the guy who makes something happen so I may not get the ball as much but when I do, I get it in more dangerous areas.

“From those positions I’ve been able to get two goals and an assist and because I don’t get the ball as much, I’ve got to make an impact. Even if it’s just making mayhem it can cause goals for other people so it’s definitely an area that I’ve improved on.

“People haven’t seen me play there before in the U23s but this is the real me now, in behind where you can express yourself, do tricks and have freedom all over the park.

“At times it’s hard that I’m not getting it as much in the pocket but that’s part of building relationships in a team.

“It’s about dealing with that frustration in the right way but I’ve realised that doesn’t matter as much. In the last game I didn’t have many clips, but I was involved in both goals and we won the game 2-0 so that’s the biggest learning curve I’ve been through so far.”