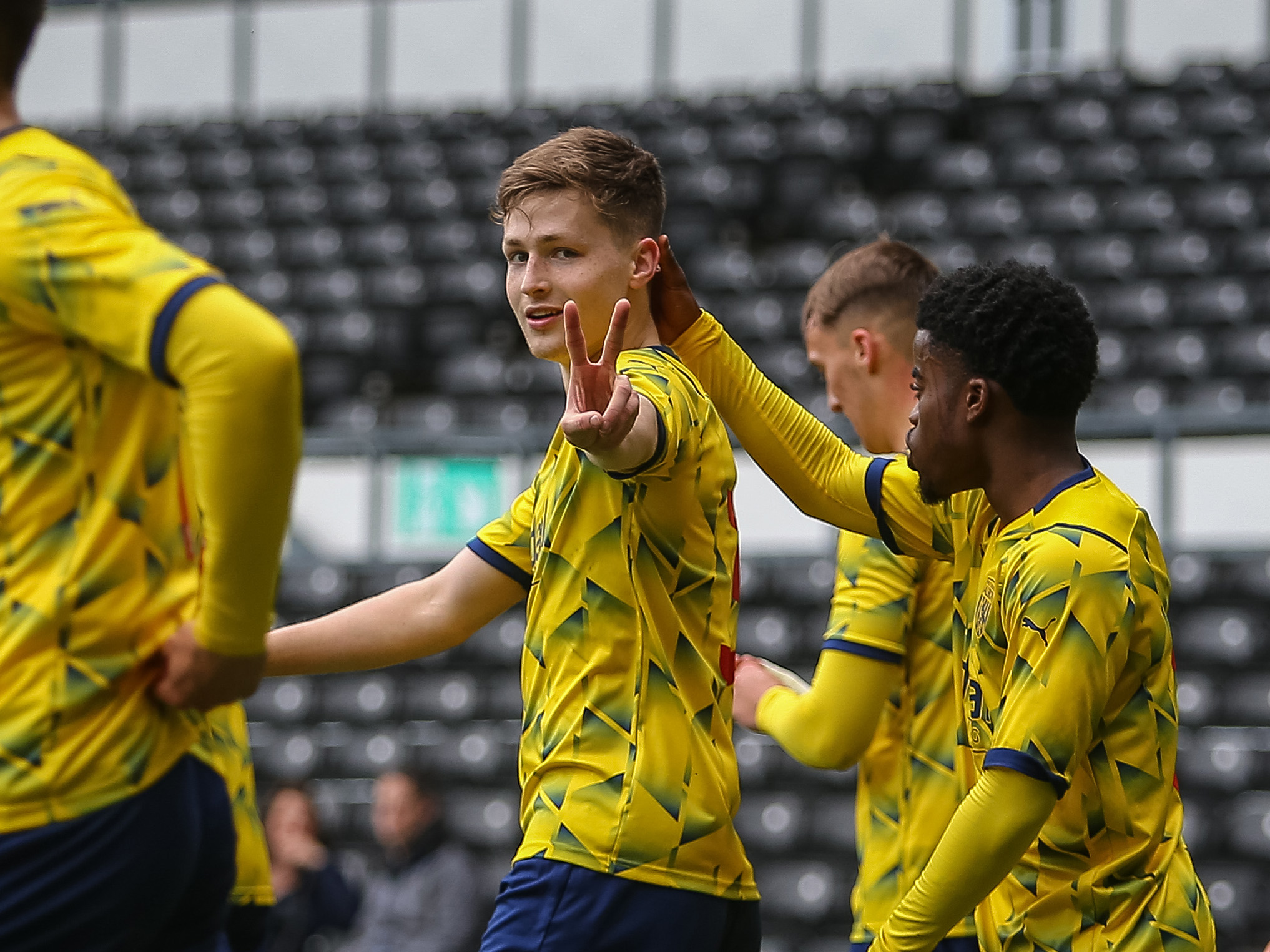 Albion PL2 boss Richard Beale and match-winner Zac Ashworth were delighted with the “courage" they showed after overcoming Derby to reach the last four of the Premier League Cup.

Despite falling behind to an early Rams goal at Pride Park, Jamie Andrews and Jovan Malcolm struck to help the young Baggies turn the tide. And although the hosts levelled shortly before the interval, it was the visitors who took control during the second half.

Left wing-back Ashworth netted a decisive brace in the space of two minutes to help Albion see out a 4-3 victory and progress to the semi-finals on Sunday afternoon.

The Wales Under-21 international netted the winning goal against Everton during last season’s FA Youth Cup quarter-final and after repeating the trick in this year's PL Cup, the 19-year-old is excited to make another last-four appearance in a prestigious tournament.

Ashworth said: “I’m getting into a knack of scoring in quarter-finals, but to come to Pride Park, in front of their home fans and perform how we did showed great character.

“We weathered a storm in the last 10 minutes, but overall I think we deserved to make it to the semi-finals.

“It’s nice to contribute and the whole team deserved the win and I was fortunate enough to get what turned out to be the decisive goals. Jovan and Jamie scored two great goals as well, but character was definitely the word to describe that performance.

“We’ve had a bit of a sticky patch recently but the boys put that right last week against Reading and we’ve just gone on and improved again.

“It’s nice to have that morale back in the camp and it would’ve been easy to fold after going 1-0 down, and again when we were 4-3 up with 10 minutes to go. Still, we dug deep, stuck together, never stopped working for each other and, ultimately, we got through to the semis because of all that.

“The last semi-final we reached was a massive learning curve for us. We never knew when our next one would come around, but the fact it’s come 12 months after has provided us with a chance to put that right.

“We’ve got another opportunity to prove ourselves in a semi-final and, hopefully, go one step further and we can’t wait for it.”

PDP manager Beale was in high spirits after Sunday’s success, and believes his young side got their “just rewards” for their tireless efforts over the last few weeks.

“That game was full of sweat and courage, which is what we asked from the lads and they delivered,” said Beale.

“They worked really hard and were brave in, and out of possession. We could still do better with the ball, but certainly without it I thought the pressing was excellent and the intensity of it got us over the line.

“At this level, there tends to be a lot of goals with players learning and developing their trade. We need big improvements, but we play a high risk game by pressing high up the pitch and doing that provides space, gaps and goals.

“The lads have really stepped up in this competition and to be in the last four of it is fantastic. It’s cliché, but we’re going to continue taking every game as it comes and producing courage every single day.

“I’m really pleased for them and it’s testament to the hard work they’ve put in over the last couple of weeks.

“The boys showed fantastic character to score four goals and come from behind in the first half. They’ve been in every day this week and it was nice for them to get their just rewards and keep the season going.”