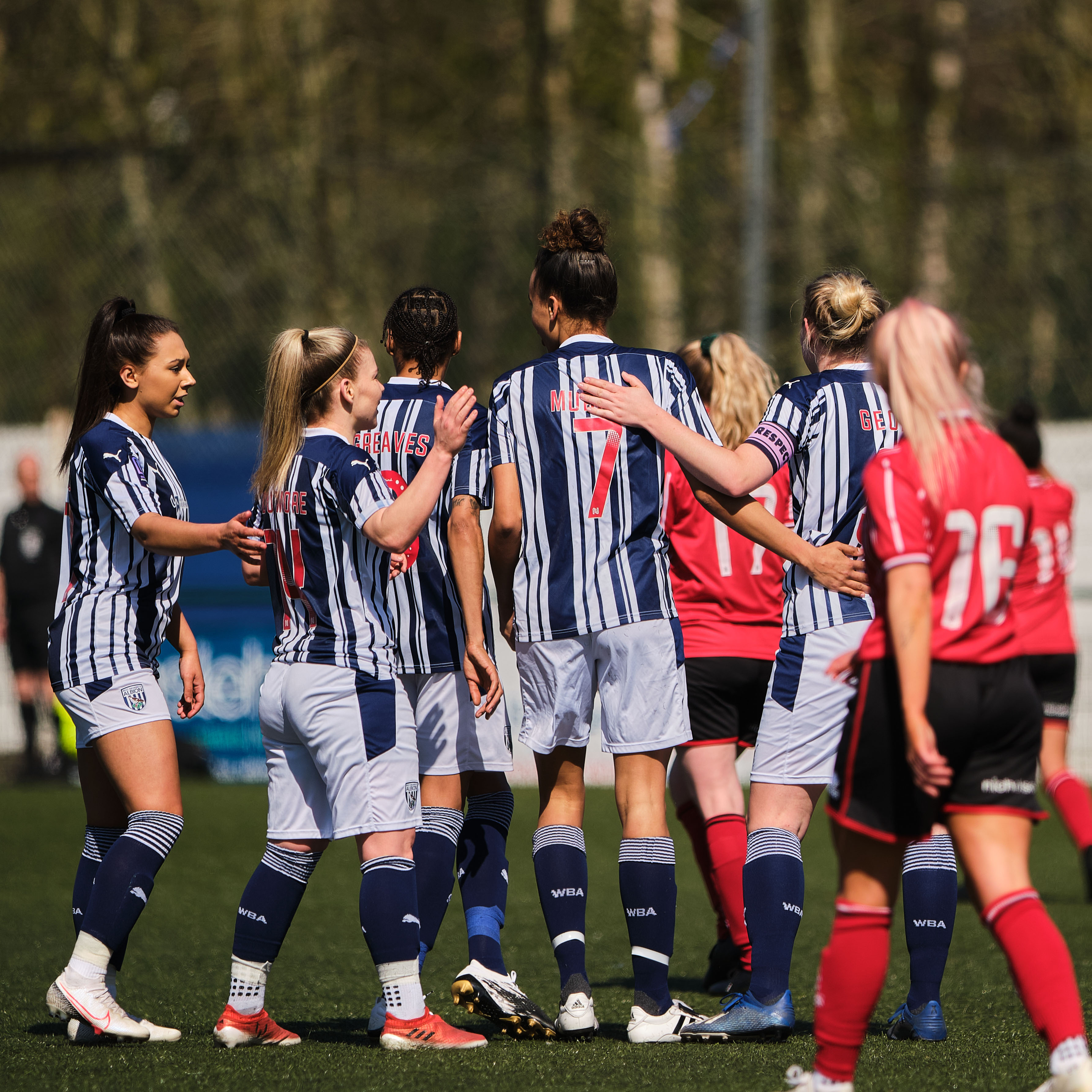 Albion Women are through to the third round of the Women’s FA Cup after recording an emphatic win against Lincoln City in their first game back after lockdown.

There were five different names on the scoresheet for the Baggies as they knocked the Imps out of the competition for a second consecutive season.

Jade Arber helped Albion to a perfect start in the second minute, meeting Evie Gallop’s teasing cross to head the hosts into an early lead.

Back from suspension, Natalie Murray doubled their advantage with the pick of the goals, seven minutes later. After combining with Leigh Dugmore down the Baggies right, Murray cut inside on the edge of the box and fired a shot into the top left corner with her weaker foot, recording her third goal of the season.

After the break, Albion picked up from where they left off. Murray recycled a cleared corner on the right wing and found Emily Owen at the back post who smashed the ball home to make the scoreline 3-0 just before the hour mark.

Moments later, Shannon Stamps almost put the game out of sight, curling an effort just over the bar after some fine work down the left wing.

Stamps was rewarded for her efforts soon after. Trina Greaves found Murray on the wing, who turned her marker inside out before finding Stamps in the box who put the ball away with ease.

Lincoln grabbed a goal back with their first real chance of the game eight minutes from time. Leah Hardy capitalised on a long ball forward and found her strike partner, Toni McHamilton in the box who volley the ball past Poppy Bastock.

From one end to the other, Albion restored their four-goal cushion when substitute Millie Webb, making her debut after moving up from the development team, played Jess Davies through one-on-one with the keeper, who she rounded before putting the ball into an empty net.

A minute later, McHamilton got her second for the visitors following a throw-in but it would prove to be little more than a consolation.

Along with Webb, Emma Congrave came on late into the second half to make her first-team debut after joining from the development side.

Albion Women will now play Derby County Women in the next round of the Women’s FA Cup, on Sunday, April 11.