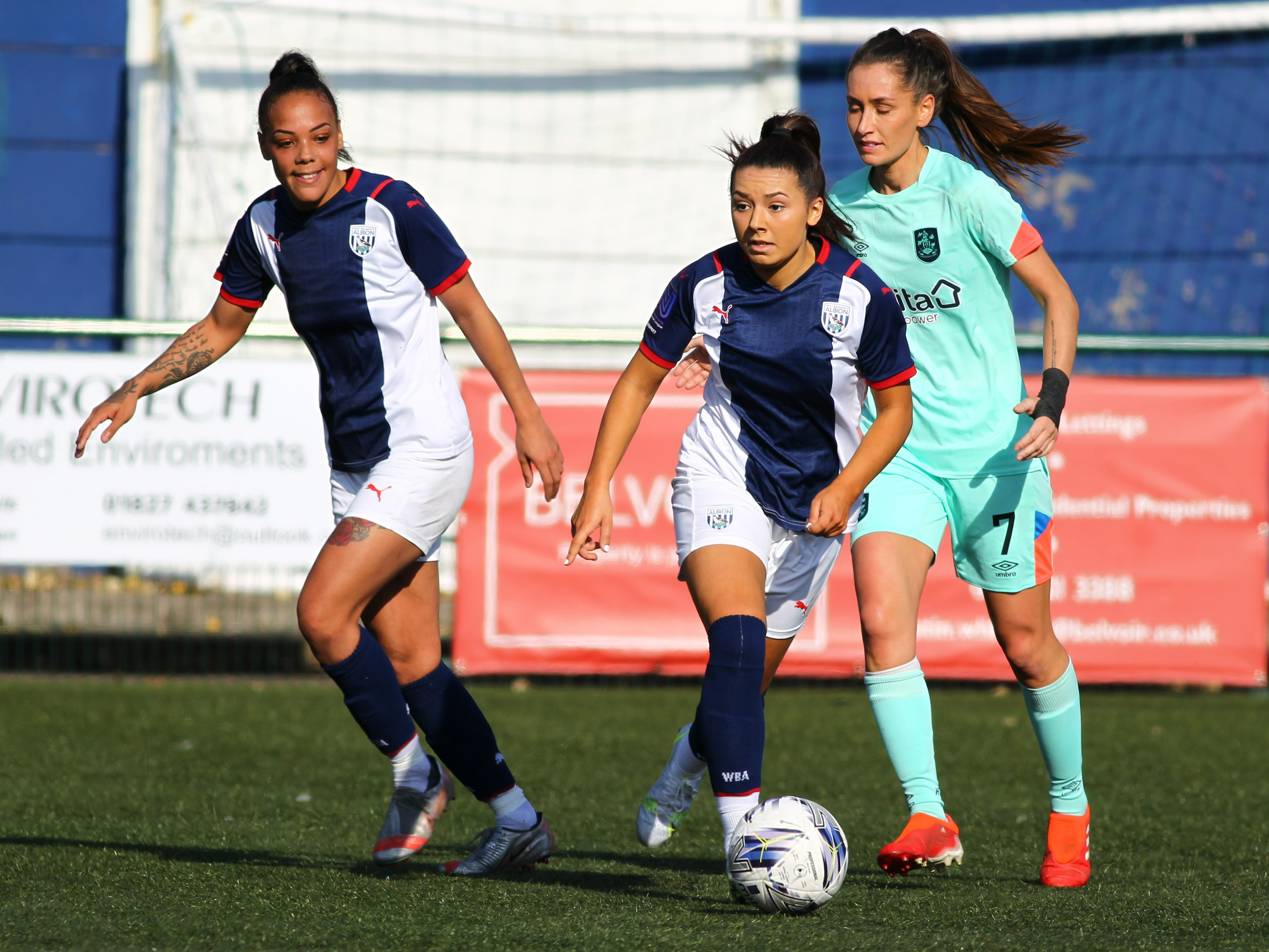 Albion Women succumbed to their first defeat in four league games at home to Huddersfield Town on Sunday.

Playing their third fixture in the space of a week, Head Coach Jenny Sugarman made two changes to the side that drew to Nottingham Forest on Tuesday. Jannelle Straker replaced Trina Greaves while Portia-Milan Langley Wright came in for her second start of the season ahead of Holly Beck-Esson. Brodie Vincze also returned to the bench following a long layoff with injury.

Just one minute into the match, an unfortunate mishap in defence pegged the Baggies back. Hannah George played the ball to Albion goalkeeper Poppy Bastock and her clearance was blocked by Huddersfield striker Laura Elford, deflecting it towards an empty net to give the Terriers the lead.

Albion recovered well and got back on level terms after 15 minutes. Evie Gallop won possession in the middle of the park and sent Shannon Stamps through, who managed to superbly chip the onrushing goalkeeper.

Moments later, the Baggies almost grabbed another. George whipped in a free-kick on the right-hand side of the box but saw it trickle wide of the post.

Ten minutes before the break Town’s Ria Montgomery passed several Albion defenders to run in on goal, though her resulting effort was superbly pushed over the bar by Bastock.

The visitors reclaimed the lead a few seconds ahead of the half-time whistle. A high corner resulted in a goal-mouth scramble, which was eventually knocked over the line by Elford.

Two minutes into the second-half Bastock pulled off a brilliant double save to keep the hosts in the game, first denying Kate Mallin and then stopping Montgomery’s rebound.

Albion created the best chance for an equaliser soon after. Evie Gallop took aim from the edge of the area, but the Town's goalkeeper did enough to parry the shot away.

However, The Terriers subsequently broke and found a third on the hour mark to all but seal the three points. Midfielder Serena Fletcher raced down the wing and put in a tricky delivery, which Bastock was unable to stop from looping over her into the far corner.

Albion came close to finding a second on multiple occasions in the last 20 minutes. Straker had two opportunities, one crashing off the bar, while substitute Trina Greaves headed narrowly wide from a Leigh Dugmore free-kick.

This result leaves Albion in eighth in the table on eight points after eight games. Next up is Hull (A) on Sunday, October 17.